A late second-half surge earned Bath Rugby a losing bonus point against Newcastle Falcons as fans returned to the Rec for the first time in over 500 days.

Haydon-Wood’s conversion fell wide but the fly-half nudged a penalty on 16 minutes to keep the scoreboard ticking over for the away side.

Rain poured and while it soaked those in the East Stand and Thatchers Terrace, it didn’t dampen the effort of the Blue, Black and Whites.

The scrum-half's near creativity was matched at the other end as Newcastle stretched their advantage. A crafty line-out to the middle led to Stephens collecting the ball on the blindside and dotting down at full stretch.

Dean Richards’ side were rewarded for keeping Bath out with a third score just shy of the half-time whistle. McGuigan was the beneficiary of a neat inside ball and skated over the whitewash to give the Falcons a 17-point lead at the interval.

Their expansive style translated into points as Pol Roger Performance of the Match Ojomoh earned his first senior try for the club. The forwards ramped up the pressure and brought themselves to within in a metre and when they sucked Newcastle in the right amount, Max Green utilised the wide advantage and send Ojomoh crashing over in front of the watchful eye of dad Steve and mum Lisa.

In the dying moments, Josh Bayliss put aside the pain of a shoulder knock sustained moments before to ride a number of tackles on the wing and almost reach the line. A couple of phases later, Newcastle hands on the deck prevented any chance of a try being score. Pinged for their actions, up stepped Bailey who dissected the posts to take the score to within seven and earn a valuable losing bonus point.

POL ROGER PERFORmance of the match 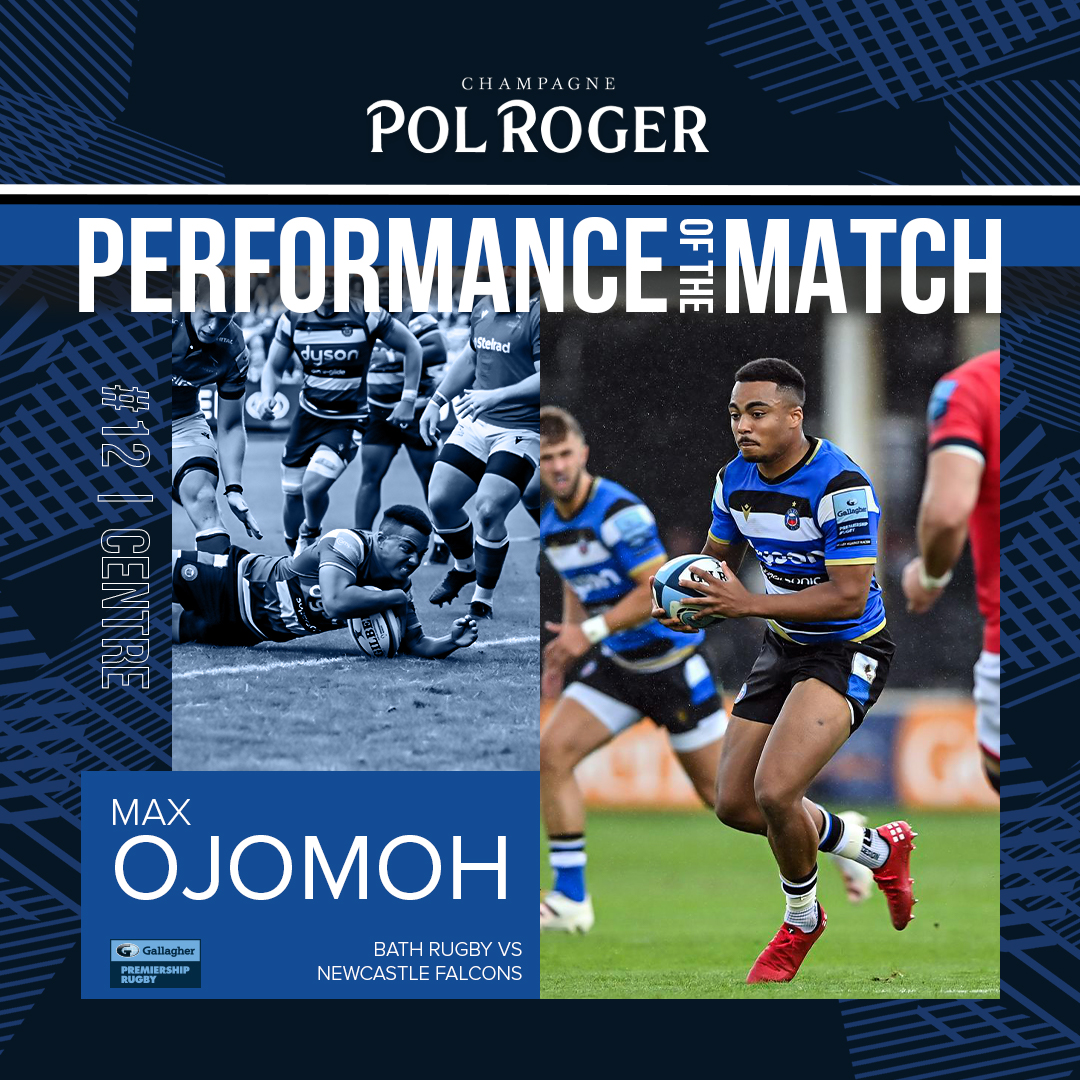 Match underway between Bath and Falcons.

Will Haydon-Wood kicks a penalty goal for Falcons.

Will Haydon-Wood with a conversion for Falcons.