A last-gasp try for Northampton Saints broke Bath Rugby hearts at the Rec in Round 23 of the Gallagher Premiership.

With the game tied, Mike Haywood crossed with the clock in the red to seal victory for Chris Boyd’s side.

Saints took the lead through Matt Proctor before tries through Max Clark and Will Muir alongside Danny Cipriani’s boot gave Bath a half-time advantage.

Ben Spencer’s double, after a Juarno Augustus try, put the Blue, Black and White in a promising position but four tries in 15 minutes from Alex Mitchell, Tommy Freeman, a penalty try and Haywood turned the match on its head.

Miles Reid came in for his first appearance in eight weeks while Mike Williams, Cipriani and Muir were also reinstated.

Hooker Sam Matavesi made his 50th Saints appearance with Ollie Sleightholme, Alex Coles and Teimana Harrison all returning to the visitors’ XV.

Bath started the game with real gusto as Taulupe Faletau and Muir got their hands on the ball in the opening exchanges.

Jonathan Joseph was busy and often found space in behind with his boot and it was his grubber that created an opening for centre partner Clark, only for the Welshman to be denied by a Saints volley.

England international Lewis Ludlam fired a warning shot with a line break out wide and Alex Coles barrelled over the gainline but was stopped in his tracks by an excellent Cipriani tackle.

Saints made the most of their possession. After a number of rebuffed picks in the tight, they swung the ball to the right for Proctor to score.

Moments later, Joseph went to the boot again and it paid dividends. The bounce fell kindly for Clark who kicked on to touch down in front of a delighted South Stand.

In the ascendency, Tom de Glanville and Joseph punched hole and Valeriy Morozov stormed his way up field twice. It led to many threatening carries close to the line before Cipriani picked out Muir on the wing for his seventh try of the campaign.

Cipriani kicked a penalty on the stroke of the interval to make it 17-7.

Northampton came out the blocks quickly and rolled over through Number 8 Augustus, however Bath’s response was brilliant, backed by a vociferous home crowd.

Spencer rallied his forward troops on at the maul and as it swivelled towards the touchline, he made a dart for the corner and succeeded. He stepped up to take the conversion left-footed and delivered a peach of a strike off the post.

Another seven points soon followed for the scrum-half. Muir hacked the ball on on the other wing and Spencer was quick to swoop and dive home before hitting a banana-kick style conversion.

There was a lengthy stoppage for Saints replacement Brandon Nansen midway through the second period and thereafter, the visitors took control.

First Mitchell made his way over before Freeman crashed through to score. A penalty try made it three in quick succession and things went from bad to worse for Bath who had Jaco Coetzee yellow carded and Josh Bayliss forced off through injury.

With the scoreline level, Northampton stole the win in the 80th minute. Haywood picked up the loose scraps to flop over the whitewash. 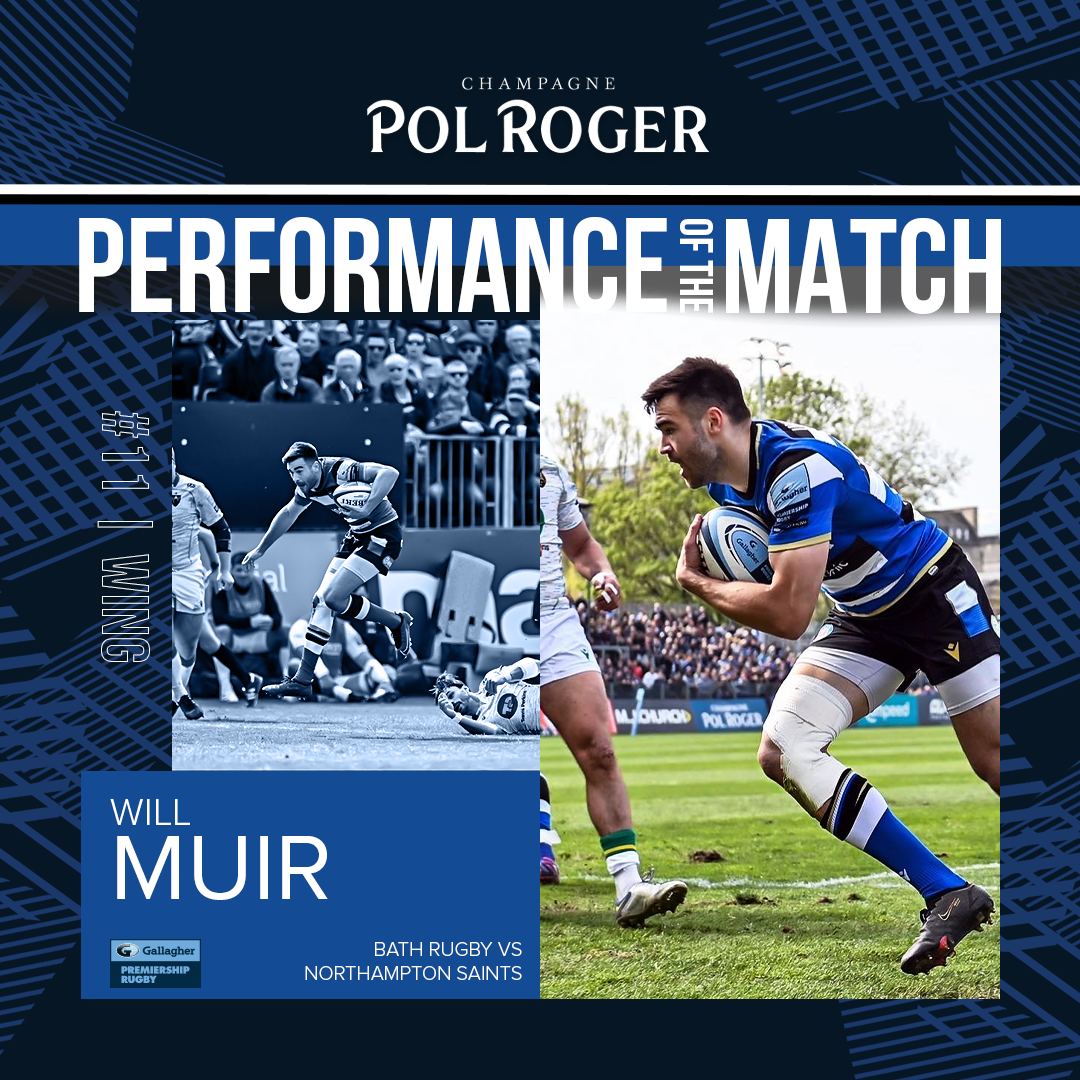 Match underway between Bath and Saints.

George Furbank with a conversion for Saints.

James Grayson with a conversion for Saints.