Orlando Bailey's late kick moved Bath Rugby off the bottom of the Gallagher Premiership with a 27-24 win over London Irish.

Hooker Agustin Creevy scored either side of half-time to put the Exiles back in front but Will Muir's finish and Bailey's boot turned the match in Bath's favour.

Max Clark, Taulupe Faletau and Semesa Rokoduguni all started their farewell match at the Rec with Tom Doughty and Bailey also coming in to start.

Bath were bright in the opening exchanges with several ball carries earning hard yards, in particular a barnstorming one from Joe Cokanasiga.

Irish were positive in their response and but for a superb cover tackle from Rokoduguni, Loader would have grabbed the game’s opener.

The visiting wing was soon on the scoreboard, jinking his way over with the Exiles taking full advantage of their extra following Charlie Ewels’ sin binning.

The Exiles remained on top with ball in hand. Centre Rona caused problems on the outside edge and it was his half-break that created space out wide for Rowe to finish.

Spencer’s monster 50:22 lifted the crowd and allowed Bath some go-forward and pressure, and leavers Clark and Rokoduguni linked up smartly on the touchline as the Blue, Black and White searched for first-half points.

They got 14 in the space of a minute. Bailey’s wizardry saw him dance through a gap and his awareness gave Williams time to crash underneath the sticks.

From the kick-off, Faletau charged on and evaded a couple of tackles on his way to a two-on-one. As he has done so often, Spencer made a fantastic support line and sprinted home once found by the Welshman.

Irish had the final say of the half. They eventually broke the Bath resolve and hooker Creevy barged his way over to put the away side back in front at half-time.

Irish gained field position through a couple of penalties and another brilliant last-ditch tackle, this time from Tom de Glanville, forced Loader to knock on close to the line.

They did cross for the second half’s first score. Creevy added his name to the scoresheet again from the back of a maul and Jackson’s conversion saw them move 10 points ahead.

A real positive for the hosts came just shy of the hour-mark as Beno Obano took to the field for the first time in seven months, and Bailey followed up with successful a kick at goal.

Rowe then had a try disallowed before Clark’s excellent grubber was pounced upon by Muir for his eighth try of the campaign.

Bailey’s touchline conversion levelled the game and it was the fly-half’s penalty that settled the contest late on before Rokoduguni and co got their noisy send off. 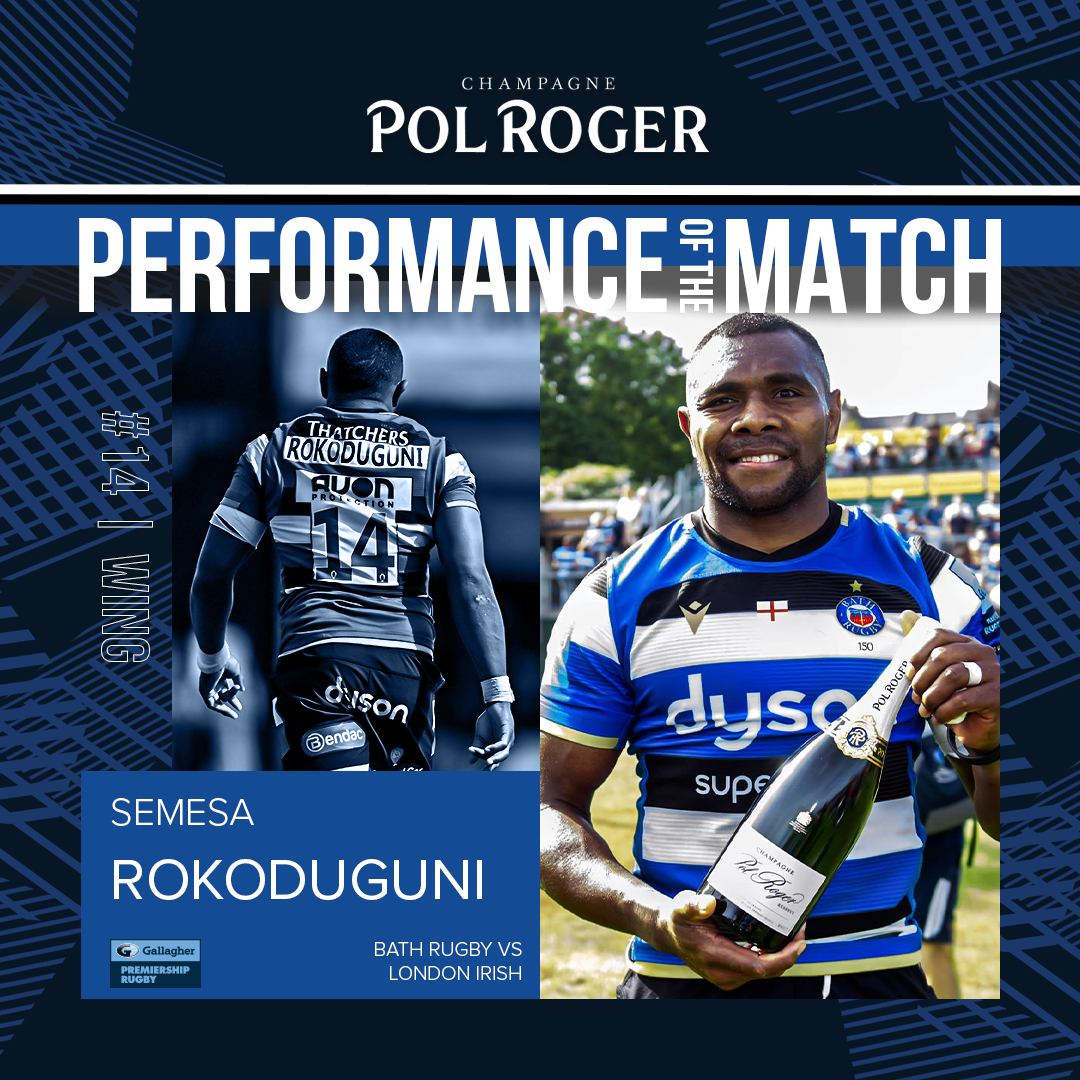 Match underway between Bath and Irish.

Paddy Jackson with a conversion for Irish.

Paddy Jackson with a conversion for Irish.