Sam Graham did cross to set up a nervy ending however Worboys was on hand to seal victory with another strike at goal.

Worboys was making his Premiership debut with Ted Hill set for his first outing in Blue, Black and White.

Northampton made three changes from their match last week with Matt Proctor, Lewis Ludlam and Lukhan Salakaia-Loto all returning.

Following his kick-off, Worboys got a nice early touch with ball in hand as he fed Joe Cokanasiga up middle.

In defence, Reid marshalled the home troops well and the midfield combination of Ollie Lawrence and Redpath earned a breakdown penalty as their counter forced Tom Collins to hold on.

Saints’ tactic was clear in the opening 10 minutes – if there was no space to attack, James Grayson was to send a bomb up to test Matt Gallagher and Will Butt who dealt with the high balls with aplomb.

The away fly-half missed a relatively straightforward strike at goal just before the quarter and shorty after when he got to within comfortable range, he kicked to the corner for Northampton to go for a try. However, as the maul came inside and play broke away, Reid’s muscle thwarted Saints with referee Anthony Woodthorpe affording Bath a scrum turnover.

And at the other end, it was the flanker who grabbed a deserved score for his defensive qualities. First, Lawrence got the crowd of their feet with a barnstorming carry and Redpath was equally impressive, spotting a gap with an arced run and putting in Reid for the opener.

Worboys grabbed the first Premiership points of his career and then Richard de Carpentier won a stellar jackal penalty as Saints aimed for an immediate response.

Excellent maul defence kept the Saints out once more and a superb turnover from D'Arcy Rae underneath the sticks led to an exhilarating and brave attacking phase. Collecting in-goal, Worboys opted to play out with a pass to Josh Bayliss who sprinted out and found Cokanasiga.

The England man’s sprint saw him reach halfway and a scrambling Northampton backline needed to illegally stop quick ball. From there, it was maul time. The Bath pack rumbled on and Dunn proved the beneficiary.

Northampton showed their attacking worth late on in the half as Ollie Sleightholme hit a great line to go over, however his score was chalked off for a forward pass. A warning for the Blue, Black and White.

Bayliss started the second half as he ended the first half, in a strong jackal, turning ball over and a penalty at scrum time presented further field position for Bath.

Gallagher’s half-break and Cokanasiga’s powerful leg drive kept the hosts in the ascendancy and despite Saints looking threatening on the attack on occasions, Bath’s drift defence did its job.

Saints did manage to beat it though on 53 minutes. Swinging the ball wide, Collins found space to dive into the corner and Grayson’s conversion narrowed the gap to seven points.

The visitors continued to knock on the door but Redpath put an end to a tense sequence with brilliant work at the ruck and Worboys added another penalty to make it a 10-point.

Thereafter it was delight all round for Bath players, staff and supporters who roared Redpath under the sticks after he intercepted from 40 metres out.

Graham snuck over for Northampton at the back of a rolling maul but Worboys kicked one final penalty to put gloss on a perfect afternoon for Johann van Graan’s men. 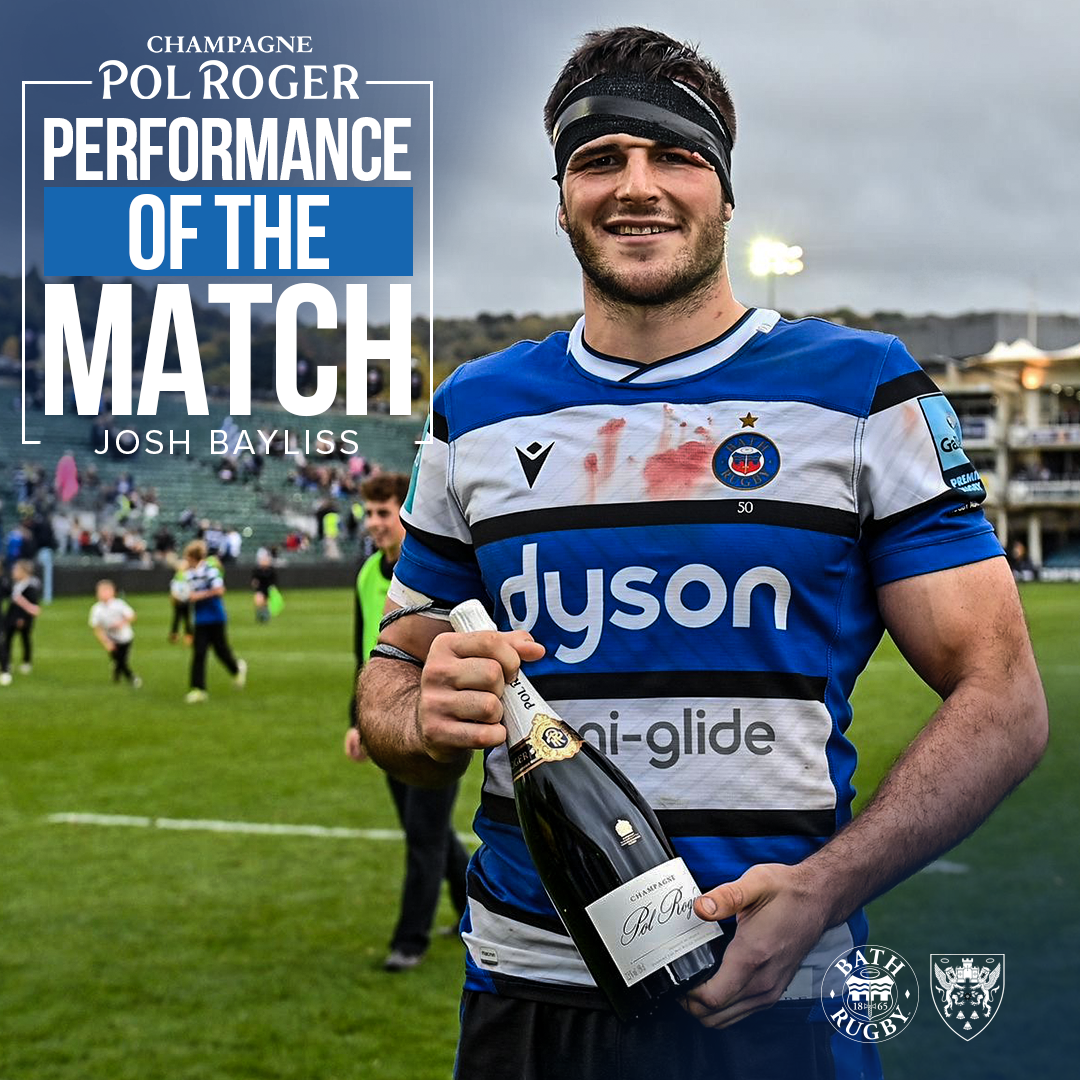