Dino Lamb grabbed the opening try for Quins who were pegged back to a point by Ben Spencer’s boot, but Cadan Murley crossed on the stroke of half-time to give the visitors a healthier lead.

At the start of the second period, Will Muir jinked his way to the line and Spencer’s outstanding conversion turned the game around.

Muir then went over for his second in superb fashion before George Hammond’s unconverted try made it a tense finish.

But Bath remained resolute and saw out the match with Spencer deservedly kicking the final three points.

Bath went into the match without 21 players and a recognised fly-half. Max Ojomoh stood in at 10 with his usual centre partner Jonathan Joseph leading the team out on his 150th club appearance.

Former Bath man Jack Walker was named Quins captain as Tabai Matson made six changes to his side. Experienced scrum-half Danny Care returned to the XV with Italy international Tommy Allan outside him.

A frantic beginning to the match saw possession change hands as the wet conditions caused handling errors aplenty including a overshot pass that if precise would have sent David into the corner.

The wing was involved again soon after as he dropped the ball stretching for the line following a succession of scrum which saw England prop Will Collier and Bath Academy graduate Arthur Cordwell – who completed a brilliant 80 minutes – wrestle for the upper hand.

Bath held out the defending champions well with Ojomoh, Joseph and Josh McNally putting in big shots, the latter dislodging the ball and allowing for an exit via debutant and Pol Roger Performance of the Match Nathan Hughes.

But a missed touch allowed Quins to counter and David’s scything run set Lamb on a free charge to the corner.

Thereafter, Bath threatened with a dab in behind which Cameron Redpath nearly reached and then Semesa Rokoduguni would have arguably put Muir in but for a rogue hand from Tyrone Green who was binned for his misdemeanour.

Redpath, looking to impress ahead of the Calcutta Cup next weekend, dazzled the Quins defence minutes later as he danced past several men and dropped a kick into the corner for Muir which was just out of reach.

The Blue, Black and Whites turned pressure into points as Spencer nudged two penalties either side of a massive Gabriel Hamer-Webb tackle.

Then maul defence downed Quins attempts to score a second from close range but they did manage another just before half-time from distance. Turning over inside their own 22, they earned a line-out by taking Rokoduguni into touch and from the set-piece, David found a gap and executed a three-on-one for opposite wing Murley to collect five points.

Not to be downhearted by that late score, Bath responded quickly after the break. A bulldozing Muir run just couldn’t be stooped; he stepped the first defender, bounced off hooker Walker and shimmied to dot down. It set up a difficult conversion for Spencer but scrum-half slotted with aplomb.

The crowd were upbeat and roaring the team on and that volume increased as Hughes hit Green back and then Andre Esterhuizen. Monstrous.

Academy forward Ewan Richards, another to impress, got held up in the corner as Bath searched for a bit of breathing space on the scoreboard and on 58 minutes, it came.

The forwards did all the donkey work up front and a pop from a dummy carry went to Spencer then Redpath who sent a looping ball to Muir on the wing and he made no mistake. Although he did get cramp!

Hughes left the field to rapturous applause and Jaco Coetzee carried just as hard on his return from injury as Bath continued to retrieve the ball deep in Quins territory.

They still needed a score to ease the nerves in the crowd and make it more than a one-score game, especially given Harlequins’ last two matches.

And they almost had the final word as Hammond ran home to make it 18-17 but a missed conversion meant Bath could see out the game with a Spencer penalty. Hugely deserved for all the effort. 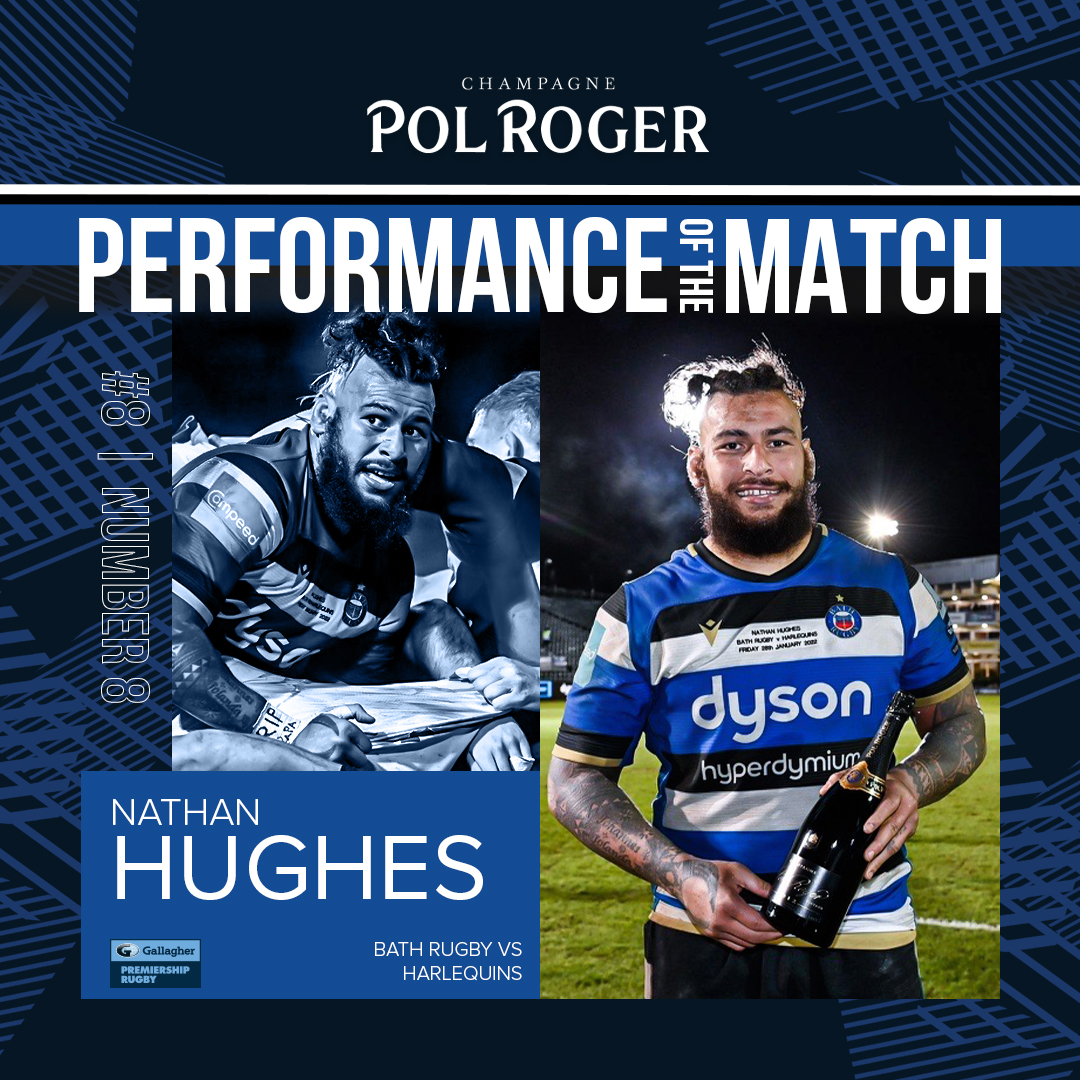 Match underway between Bath and Quins.

Tommaso Allan with a conversion for Quins.

Will Butt replaces Will Muir for Bath.