Bath made five changes to the team that started at Bristol with Wesley White earning his club and Premiership debut.

Lewis Boyce replaced injured Beno Obano in the front while Joe Cokanasiga, Will Muir and Jonathan Joseph all returned in the backline.

Sale made just one change to their XV as England international Jonny Hill was included in their second row for the first time. British & Irish Lion Tom Curry was back on the bench.

Sale started the brighter of the two teams and made their way over in the corner after four minutes.

Wing O’Flaherty snuck over for a score converted by fly-half du Preez before Nick Schonert was sent off for a high shot on Dave Attwood.

Soon after his departure, Bath’s scrum dismantled the Sale pack and earned Francis a shot at goal – his first points in a home jersey at The Rec.

Du Preez replied with a penalty of his own which was cancelled out by a second from Francis following strong work out wide by Muir on his return to the side.

However, the visitors began to gain a grip on proceedings and van der Merwe powered over from close range in a phase which saw captain Ben Spencer replaced due to injury.

Sharks proved disruptive at the breakdown and won two penalties late in the half which du Preez slotted with aplomb.

Bath front row pair Tom Dunn and Lewis Boyce both made strong line breaks as the Blue, Black and White showed promise at the end of the first period, though it came to nothing with Sale strongly set in defence.

Bath had a brilliant start to the second half with Cokanasiga scoring his first try of the season. Scrum-half Louis Schreuder tore up the middle and Richard de Carpentier quickly released the outside backs.

But Sale remained on top and O’Flaherty teed up Tom Curry to cross and extend their lead to 17 points.

Props Juan Schoeman and Will Stuart came on and caused problems at the scrum and after four penalties, Ross Harrison was sin binned but Alex Sanderson’s side were afforded a get-out-of-jail free card via a breakdown penalty to clear their lines.

A long distance try gave Bath hope. Joseph made his way up the wing and lined up Cokanasiga who fed de Glanville roaring into the corner.

However, Sale had the last work as they trucked their way to the line and Ross burrowed home to add gloss to the result.

Pol roger performance of the match 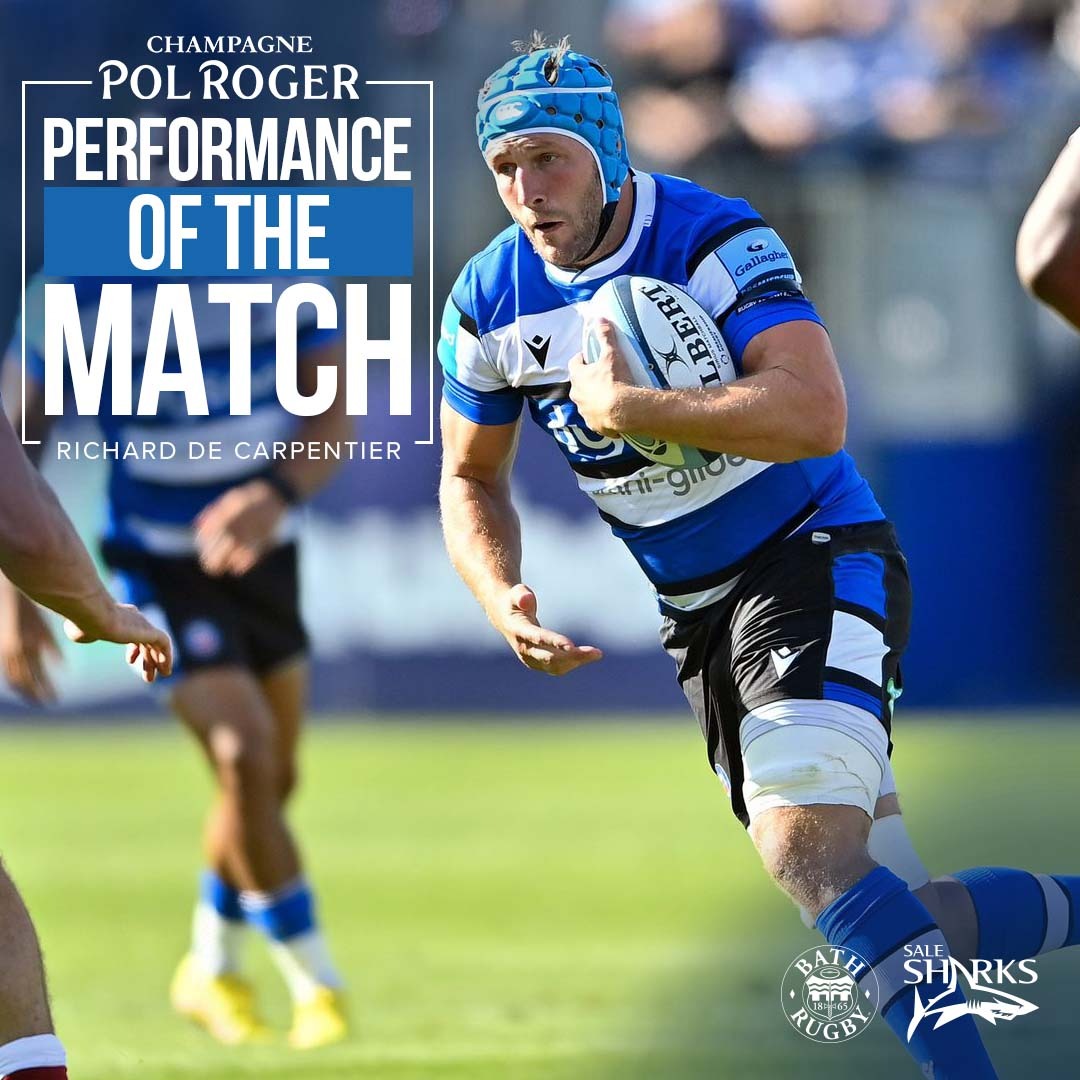 NEXT THREE MATCHES AT THE REC

GET YOUR TICKETS TODAY