Bath Rugby ended Round 17 of the Gallagher Premiership with a losing bonus point against league leaders Leicester Tigers – a sign of progression over the past couple of months, but disappointing all the same.

Tries from Will Muir, Max Ojomoh and Josh Bayliss, as well as Orlando Bailey’s boot, had the hosts ahead 20-14 at the break.

Leicester’s came from converted scores by Jasper Wiese and Richard Wigglesworth, and they turned the match on its head to secure victory through seven Freddie Burns points and a Bryce Hegarty penalty.

Tom de Glanville and Will Butt came back into the starting XV with Richard de Carpentier a late introduction to the pack after Ewan Richards (illness) was ruled out on the morning of the match.

Leicester went with experience and bulk as Wiese, Wigglesworth and Burns lined up at eight, nine and 10 as they searched to extend their position at the top of the table.

With the ends of Storm Eunice lingering around, both sides were airborne in the opening stages to test the opposition hookers with both Jacques du Toit and Julian Montoya both passing their examinations.

Wind advantage was hard to come by with a swirling gust entering from all Rec entrances and Leicester did what they do best to secure the opening try – stick it up the jumper. South African Wiese bundled home but not until after the TMO had looked at a potential Nemani Nadolo knock on.

Bath went on the offensive from the restart and an aerial mistake by Wigglesworth presented a fantastic territorial chance to respond. The ex-England man’s box kick blew back in his face and gathered by a Blue, Black and White shirt and presented on the deck, Ben Spencer dabbed in behind for an onrushing to dot down for his third try in two home matches in the same corner.

Scrum-half Wigglesworth made amends for his error by skating under the posts from a Guy Porter break – a rare venture past the gainline with Bath holding pretty firm as the Tigers played with vigour and pace.

Muir was then sin binned for taking a man out in the air but it was his side that grabbed the next points as Bailey knocked over a penalty with wind in full flow towards him.

Tigers sensed they could extend their lead a man up, however de Glanville produced a textbook tackle on Nadolo to thwart the big man and Ojomoh revved the crowd up with a beautiful jackal an international openside would be proud of.

The centre, who signed his first senior contract in the week, had a 14,000-strong Bath faithful out of their seats moment later. Almost identical to his try against Worcester Warriors in January, he skipped past Tigers’ defensive line to collect and dot a superbly dinked kick from Jonathan Joseph.

More joy came just past the half-hour mark with Bayliss making quite the entrance. Replacing Nathan Hughes (HIA), the Scotland back row was straight in the mix. Quick ball to the left saw Josh McNally produce a creative no-look pass and Muir’s tip on was gather by Bayliss. His iconic side shuffle and burst of speed created an open sprint to the line.

There was still time for Leicester to potentially get back in the game and Dan Kelly threatened with a similar hard line to that of Porter’s earlier in the contest. Spencer made huge ground to dive back and stop the centre in his tracks and Muir mopped up to turnover and remove any danger.

Back on the field following his HIA, Hughes announced himself with a rampaging 25-yard carry from a scrum while Will Butt, on his second Premiership start, continued his fine kick-chasing and brutality in defence.

It was good scramble defence that removed a five-on-one opportunity on the left flank for Leicester and de Carpentier was elegant enough to swoop and steal the ball.

The 31-year-old was soon joined in the second row by another of his usual back row colleagues as McNally departed with a hamstring injury and Tigers’ strong scrum allowed the platform for Burns to dummy and scoot into the corner.

Hegarty added a penalty make it a four-point gap and that’s how it stayed, not for the want of trying.

Muir had a gallop down the wing and brilliant move involving Ojomoh, Butt and de Glanville almost allowed the wing a finish at the opposite end.

Leicester had to absorb a lot of pressure in the closing stages, and they survived a hearty effort from Bath. An improved afternoon and positives to take to Newcastle Falcons. 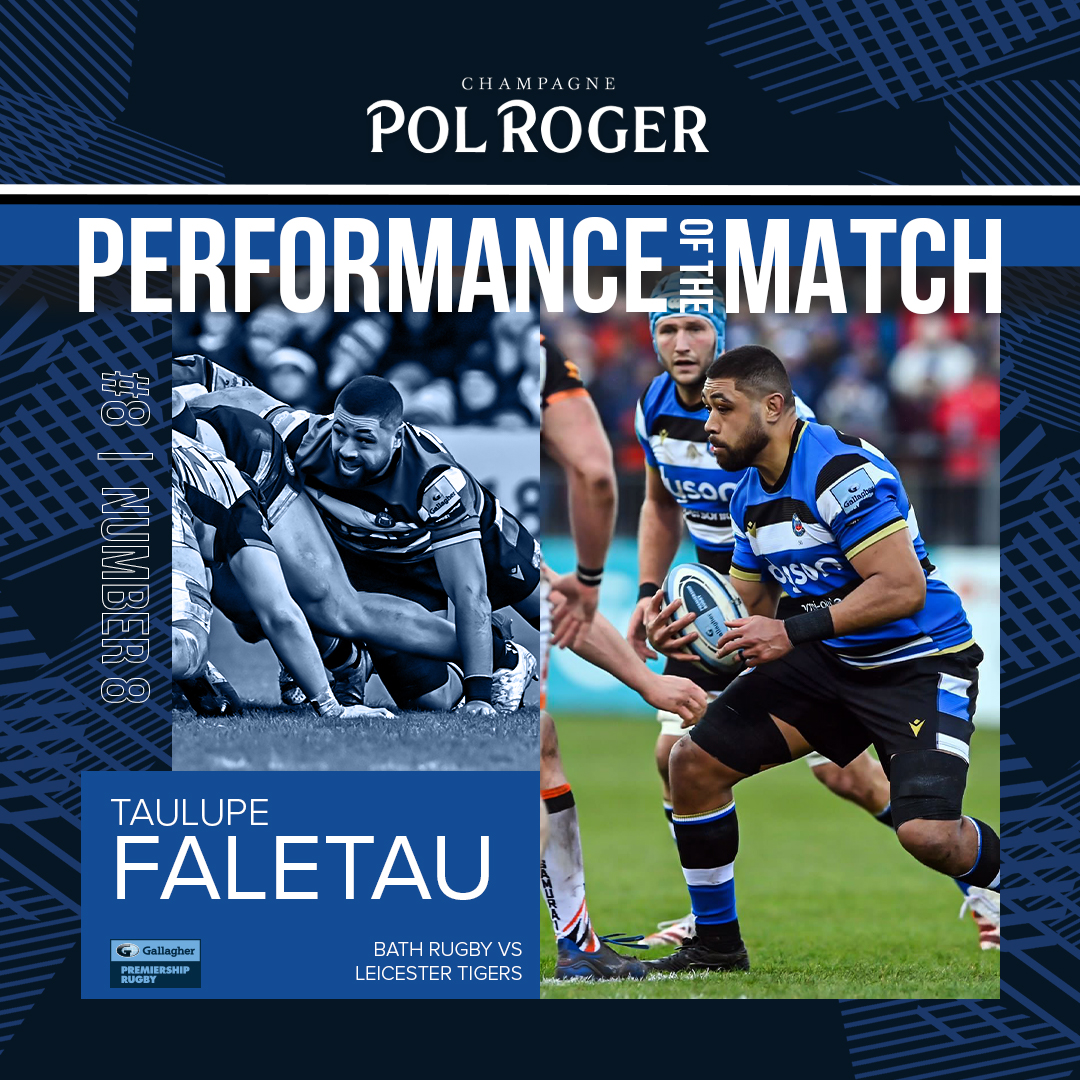 Match underway between Bath and Tigers.