In a physical contest, both teams put in a tough defensive shift in the opening round of their European Challenge Cup run.

Glasgow were first on the score sheet, edging a 12-0 lead after scores from Lewis Bean and George Turner.

Bath levelled the scores to 12-12 just before the break through European debutants Wesley White and Fergus Lee-Warner but Glasgow sneaked a third to head into the sheds a converted score up.

The second half saw Matt Gallagher level the scores once again but a late penalty from Duncan Weir meant Bath came away with losing bonus point.

Fergus Lee-Warner and Wesley White made their European debuts in Bath's opening round of the Challenge Cup, and both got their names on the score sheet as the Blue, Black and White took on Glasgow Warriors.

A crisp but frosty day ensued for Bath’s first European Cup appearance of the season as they took on Glasgow Warriors.

The visitors got the game underway kicking deep into the hosts territory, which was well-received by Bath who debuted their navy blue European strip.

Displaying their intent in the opening minutes, Glasgow forced their way into the Bath 22 mounting the pressure on the home side who delivered some hefty blows.

Forcing a knock on in the tackle, Bath earned a put in at the scrum but engaging early they gifted possession back to the Scots.

Passing the ball through their pack, Glasgow encroached on the Bath tryline and Lewis Bean used his strength to twist himself over to give the first five points of the game to the visitors.

With Glasgow off to a strong start, Bath were penalised for a high-tackle gifting Warriors a penalty deep into the Bath 22. Forming a determined driving maul from a well-taken line-out, hooker George Turner cradled the ball and charged over the line for the visitors second score, converted by Domingo Miotti.

Sitting at 12-0 down, Bath managed to salvage a Warriors put-in at the scrum and turn it into a penalty of their own. Kicking to touch and driving their maul over the line, the pack fell just short but it Wesley White who came to save the day to pick and go for his first European try on his Euro debut.

Making it a double success for Bath’s European debutants, Fergus Lee-Warner grabbed Bath’s second and captalised on a penalty after Warriors delivered an untidy hit on Arthur Cordwell sending him off for an HIA.

After being brought on earlier than expected, Lewis Boyce made a big impression winning Bath the scrum in the centre of the field, much to the elation of the Bath pack.

Unable to stave off the Glasgow pack, the Warriors charged through once more to score just on the half-time whistle, sending the teams into the sheds 12-19.

Getting the second half underway, Francis kicked the ball deep sending the pack on its tail.

Putting in a severe defensive shift, Bath battered the Glasgow pack for much for the opening 10 of the second half. Heroics from Euro debutant White dragged Warriors wing McLean into touch to disallow their bonus-point score.

With a swing in momentum, Bath positioned themselves in Glaswegian territory hammering on the whitewash. The pressure saw Bean sent to the bin for repeated infringements on the Bath try-line and put the hosts with a man advantage.

After numerous attempts from the pack, it was Matt Gallagher who put his body on the line to get himself a score out in the far corner, cleanly converted by Piers Francis to take the scores level.

Rejuvenating their packs, both coaches emptied their benches onto the field adding fresh legs into what was an extremely physical game.

Conceding a penalty inside their own 22 as Glasgow tried to march their pack through a maul, Bath gifted replacement fly-half Duncan Weir a chance to go for posts giving the visitors a three-point lead.

With too much ground to make up in the closing seconds, Bath were dragged into touch for Glasgow to retain the ball as the clock ticked over into the red. Warriors kicked the ball into the West Stand, allowing Bath to take away a losing bonus point. 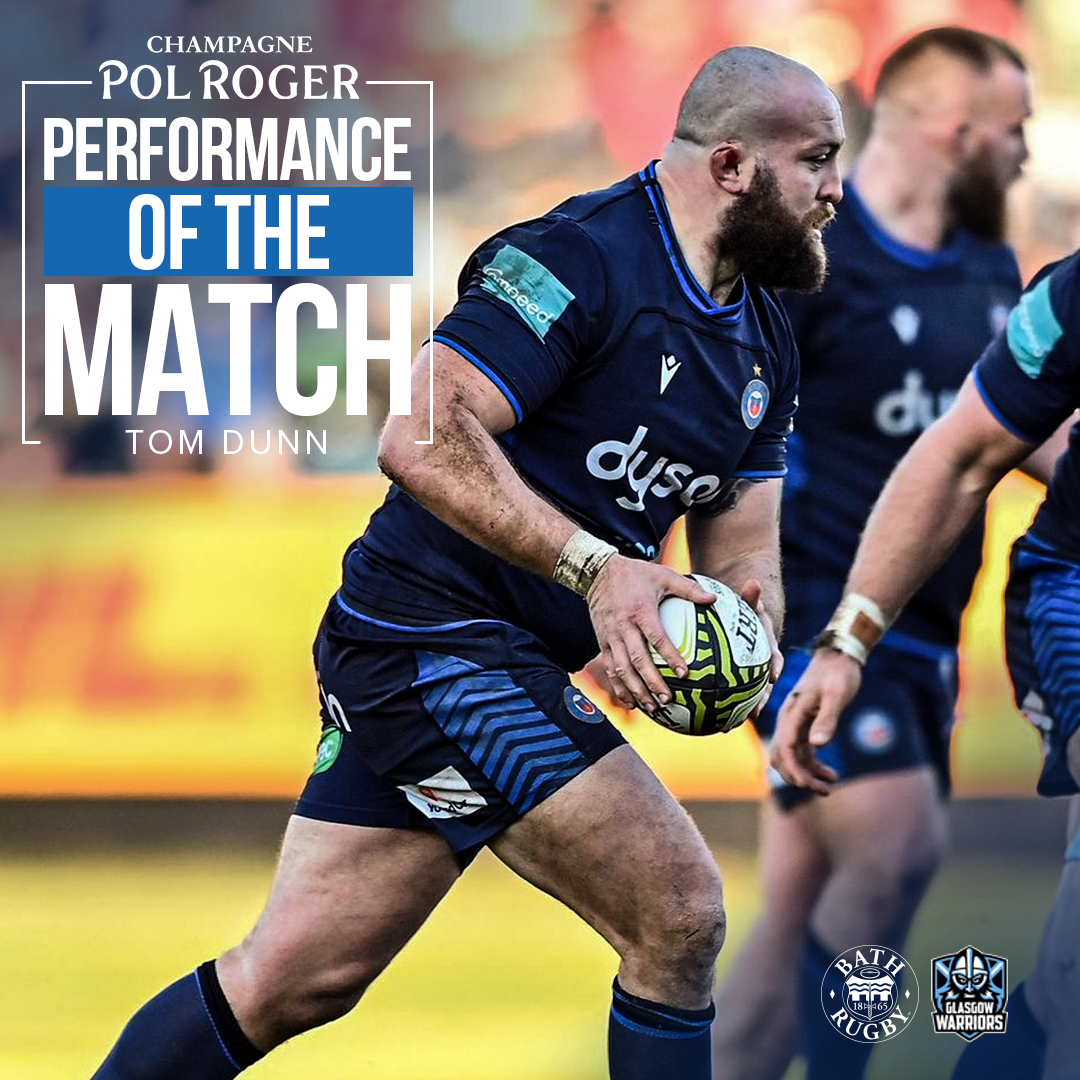