A valiant and hearty performance from Bath Rugby wasn't quite enough in the West Country derby against Gloucester.

Both sides scored three tries apiece but it was the Cherry & Whites who secured victory with three conversions to one.

Gloucester got the scoreboard off the mark through Matias Alemanno, who went on to score two, and another by Santiago Socino.

With both teams capitalising on players being summoned to the sin bin, the half-time score sat at 21-7 to the visitors after Miles Reid forced himself through the defence and over the line for Bath.

The second-half saw The Rec in full voice, spurring on both Tom Dunn and Niall Annett to score well-driven maul tries.

With the clock in the red, Bath were relentless in their attack, playing through 25 phases however Gloucester's defence held out.

Making six changes to the team he took to London Irish, Johann van Graan shuffled the pack to account for last week’s injuries.

Nahum Merigan came in at Number 8 for his first start in the Gallagher Premiership and Ollie Lawrence debuted for the club in the midfield alongside former England Under-20 centre partner Cameron Redpath.

After a powerful start, Bath utilised their new signing Lawrence early on, who got his first touch of the ball in the opening minute. The hosts continued to play deep into Gloucester’s territory for the opening five minutes penning the Cherry and Whites inside their own half.

Soon earning themselves a penalty for Gloucester not rolling away, the opportunity saw Matt Gallagher boot the ball into the corner. However, Bath’s usually well-oiled line-out went awry and saw a Gloucester hand scoop the ball and steal possession.

With momentum shifted, Gloucester capitalised on the reprieve and lock Alemanno crashed over the line from the back of maul for the first score of the game.

In a period of attacking play for Gloucester, Juan Schoeman found himself on the receiving end of Tom Foley’s yellow card for an infringement close to the line. Taking advantage of their extra man, Socino scored the Cherry and Whites’ second try which was nicely converted by Hastings.

With the Bath forwards working well from the restart, it wasn’t long before Gloucester also lost a man after Albert Tuisue delivered an off-the-ball tackle on Tom Ellis. With a penalty to work with, Reid forced himself over the goal line from a tap-and-go, much to the delight of a roaring Rec.

With 10 minutes left in the half, Bath fended off a ferocious Gloucester attack, with Cameron Redpath making a try-saving tackle on Louis Rees-Zammit and dragging him into touch.

Unrelenting in their offensive play, Gloucester came firing back at the Blue, Black and White and Alemanno bouldered over with referee Foley needing to check upstairs for suspected crossing. The try stood.

Bath placed themselves tidily in the Gloucester half for the opening five minutes of the second 40. Roared on by the Thatchers Stand, they couldn't quite turn territory into points until the 51st minute.

After a series of penalties, Dunn's arrows earned him an opportunity to manoeuvre the Bath maul towards the line and it worked to perfection as he went over.

Straight back on the onslaught, Bath continued to bring the game to Gloucester and starved their opposition of the ball. Another succession of penalties won and a hooker was over again; this time Annett made it three tries in two games to close the gap to four points on the scoreboard.

Bath continued to fight for every inch and every phases was met by a vociferous home crowd, cheering their team on. However, Gloucester managed to hack away any chance of home success to mount their own challenge as they searched for a try bonus.

Van Graan's men stood firm and turned over possession on their own five-metre to nil the away side in the second half, and they still had hopes of a complete comeback.

From their own five metre, they pushed on to the Gloucester half despite tired bodies. Gallagher, Joe Cokanasiga, Dave Attwood et al. all barrelled on in hope of securing a penalty or a line break that would clinch victory.

It wasn't to be though as Ruan Ackermann, back on from a 10-minute enforced rest, jackalled with the clock well in the red to stop the phase count at 25 and finish the contest.

Pol Roger Performance of the Match 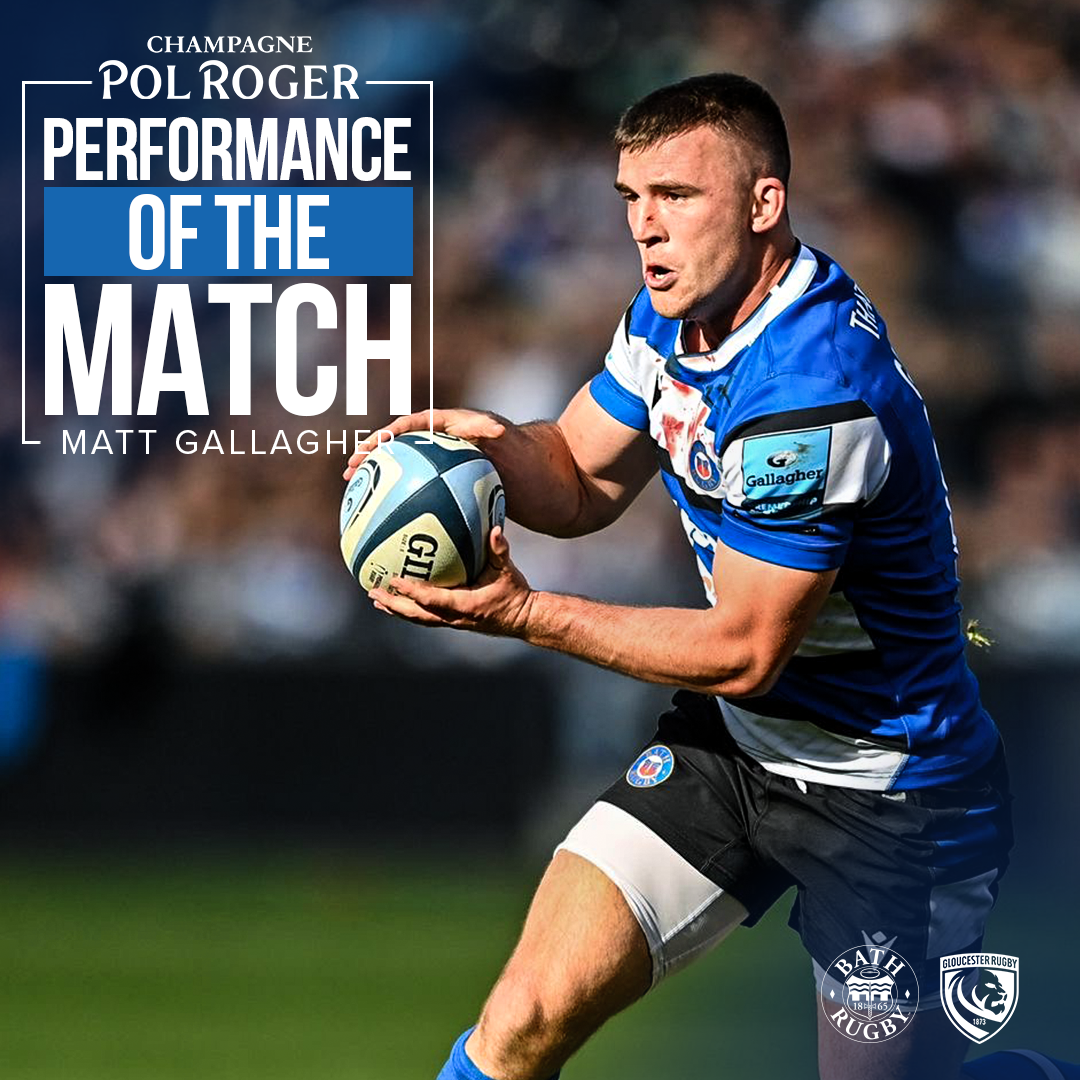