A second last-gasp Gallagher Premiership win in a row wasn’t to be for Bath Rugby as Harlequins held out for a narrow win at The Rec.

Tries from Alex Dombrandt and Oscar Beard contributed to a 12-3 half-time lead for the visitors, but Bath came out firing in the second half as Will Butt crossed for a 42nd-minute score.

Quins extended the gap to nine through Nick David’s try and although a Piers Francis penalty brought Bath to within six, the hosts’ late efforts couldn’t quite turn the result into home favour.

England international Joe Cokanasiga made his first start for Bath since October which saw Matt Gallagher move to full-back.

Dave Attwood was back in Gallagher Premiership action following suspension and Will Spencer was set for his 50th Bath appearance from the bench.

Harlequins made just one change to their XV which secured victory over Gloucester last week with Oscar Beard coming in at outside centre.

The majority of the first-half possession went the way of Harlequins who were on the right side of referee Andrew Brace at the breakdown and scrum.

As a result, Bath’s discipline meant a period of heavy defence inside their own 22 where they held out well but were eventually breached by a bulldozing Dombrandt who crashed on to a cute pop pass from Danny Care to fly under the posts.

It was a steady response from Johann van Graan’s side with ball in hand as they found it difficult to create clear opportunities, though a sweeping move saw Ted Hill carry up the middle earning Orlando Bailey a strike on goal which he delivered with aplomb.

Kick-tennis ensued thereafter as both sides aimed to test each other, looking for territorial advantage and that came for Bath when Cokanasiga decided to end the aerial battel with an arced 40-metre carry, evading several Quins defenders before being hauled down in the 22.

Bath’s penalty count was rising and with that it presented Quins with ball deep inside the home team’s half. They made the most of it two as Beard stepped in from the left touchline to dive over.

Seconds following the restart, Miles Reid’s tackle and jackal earned Bath a shot at goal. Josh Bayliss was equally excellent at the breakdown to win a penalty. Both strikes were unfortunately missed as Quins were let off the hook ahead of the interval.

Having to defend for the majority of the first 40 minutes, Bath needed to come out firing.

Van Graan commented on a calm half-time team talk and that was replicated in the approach play to Butt’s try. Redpath picked from the base of the ruck, avoided two challenges and deftly offloaded for the rampaging wing who showed great skill to dummy and go over.

Hill soon gave Bath another break and charged up the field, galloping towards the try line and Fergus Lee-Warner proved strong in the carry too.

Playing more on the counter in the second half, Quins showed had their danger moments before their crucial final score. Redpath was desperately unlucky not to fully grasp an intercept and as a result, Cadan Murley whizzed through the space left to see the visitors up to the 22.

A number of phases, and scrum pressure, followed and David finished off a well-worked set-piece move.

Replacement fly-half Francis kicked over a simple three to keep Bath within touching distance of an all-important win, and after Cokanasiga and Reid combined superbly in defence to thwart Quins another chance, it was all Bath.

They remained on the front foot with the maul proving a fantastic weapon as it has done all season to date. Dunn rumbled on with his pack to the line but was alleged to have been held up and moments later, a second maul almost brought five points. This time Lawrence, joining from the centre, was said to have not got the ball down.

In what looked like another piece of final minute magic, Bath gathered momentum and found themselves with a two-man advantage with just 60 seconds on the clock with George Head and Jack Kenningham sin binned late on.

Using the maul in an attempt to get their reward, Bath were halted and the formation disintegrated, forcing a breakaway and when Quins spoiled, that was enough for Brace to call the game and end the comeback hopes.

Bath had to settle for a losing bonus point.

POL ROGER performance of the match 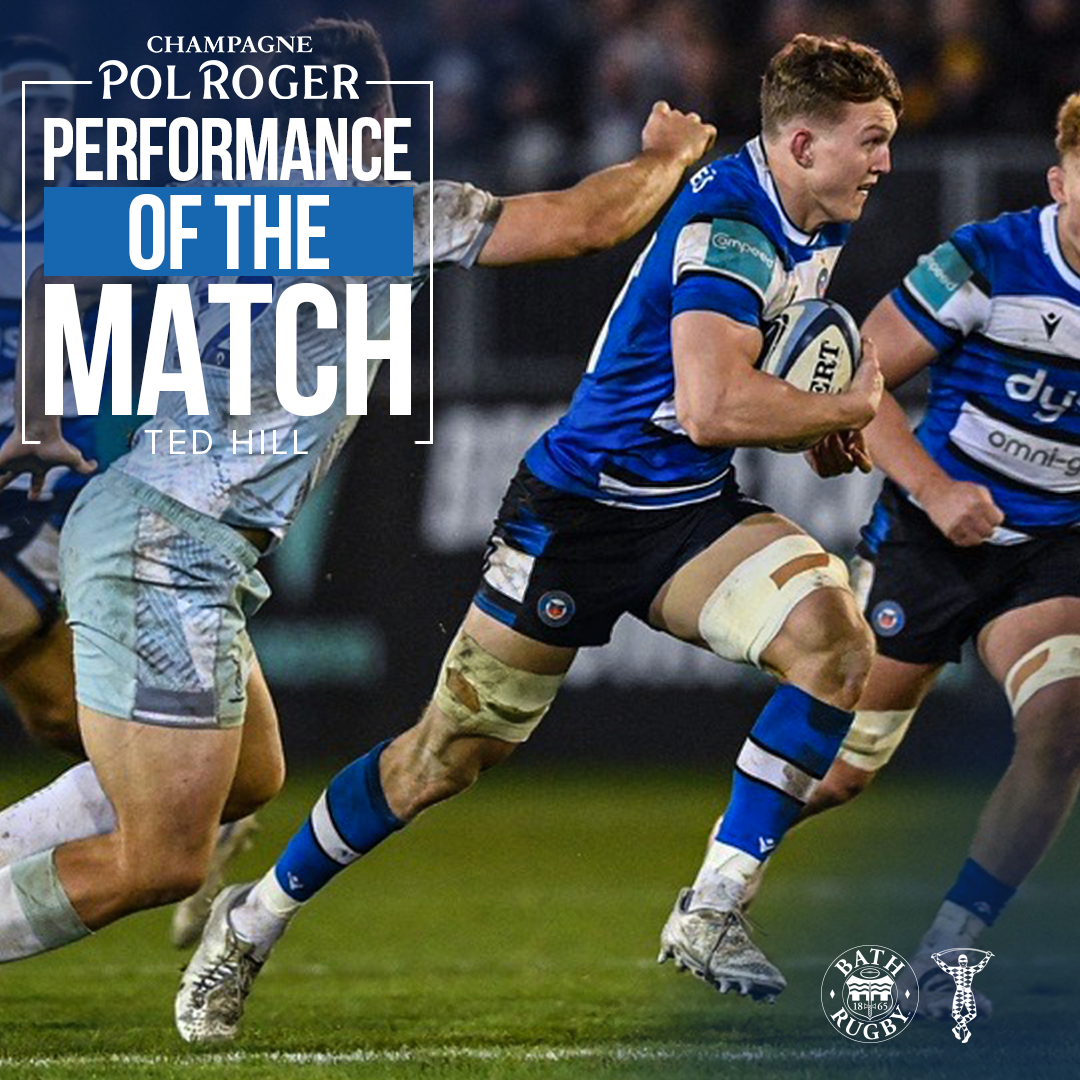