Worcester Warriors - in the Spotlight

Bath Rugby travel up the M5 looking to add another Gallagher Premiership win to their season as they face Worcester Warriors at Sixways Stadium. Here’s a closer look at Saturday’s opponents…

Worcester Warriors’ only victory in the last four rounds of the Gallagher Premiership was 20-6 at home to London Irish on 28 December. The Warriors have lost their last two home games across all tournaments but have not lost three in succession at Sixways since September 2017.

Worcester have beaten Bath only twice since 2011, both in the Gallagher Premiership at Sixways, in April 2017 and January 2019.

Word from the Worcester Warriors camp

Director of Rugby Alan Solomons said: “It’s going to be another tough game. The weather forecast suggests that conditions are not going to be the best. Bath are a big old side and it’s going to be a very physical contest. They are a well-balanced team, but they do have a pretty big pack.”

Bath Rugby welcome Bristol Bears to a huge West Country derby at the Rec on Sunday 1st March for a crucial Gallagher Premiership clash. Join in the action at the home of Bath Rugby and support the Blue, Black and White against our West Country rivals. 70% of tickets already sold, make sure you secure yours to avoid disappointment. Call 01225 536 900 or click the button to book online. 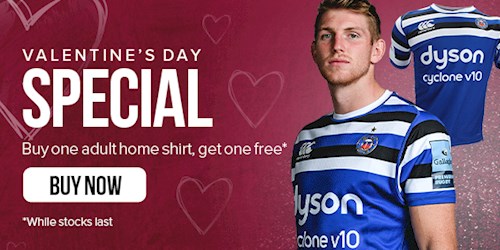