“I want to play for Bath, I want to be wearing that Bath shirt out on the Rec as much and as soon as possible.”

It is a dream that precedes his three years in the Senior Academy and one that could become a reality in the near future.

Butt joined the club’s pathway aged 14 and risen through the ranks, earning a place in the senior squad this summer.

The Academy graduate has shared the same journey as housemate and fellow Canford School alumnus Arthur Cordwell and has a goal of following in the footsteps of other homegrown talent who have established themselves in the first team.

“I’m really, really proud to have stepped up,” Butt said.

“That’s been my goal for a long time. Everyone in the Academy wants to make that step up; that’s the aim and after three years it’s nice to get that recognition and make the step up.

“Arthur and I went to school with each other too, so we’ve come from the age of around 10 all the way through. I’ve come through with Kieran (Verden) as well so we’ve all made the step up together.

“There’s been a big group of us who have come through the Academy from the age of 15 or 16, the likes of Tom de Glanville and Miles Reid as well, and it’s a nice feeling to have all come through together and follow in the footsteps of the likes of (Josh) Bayliss and Miles.” 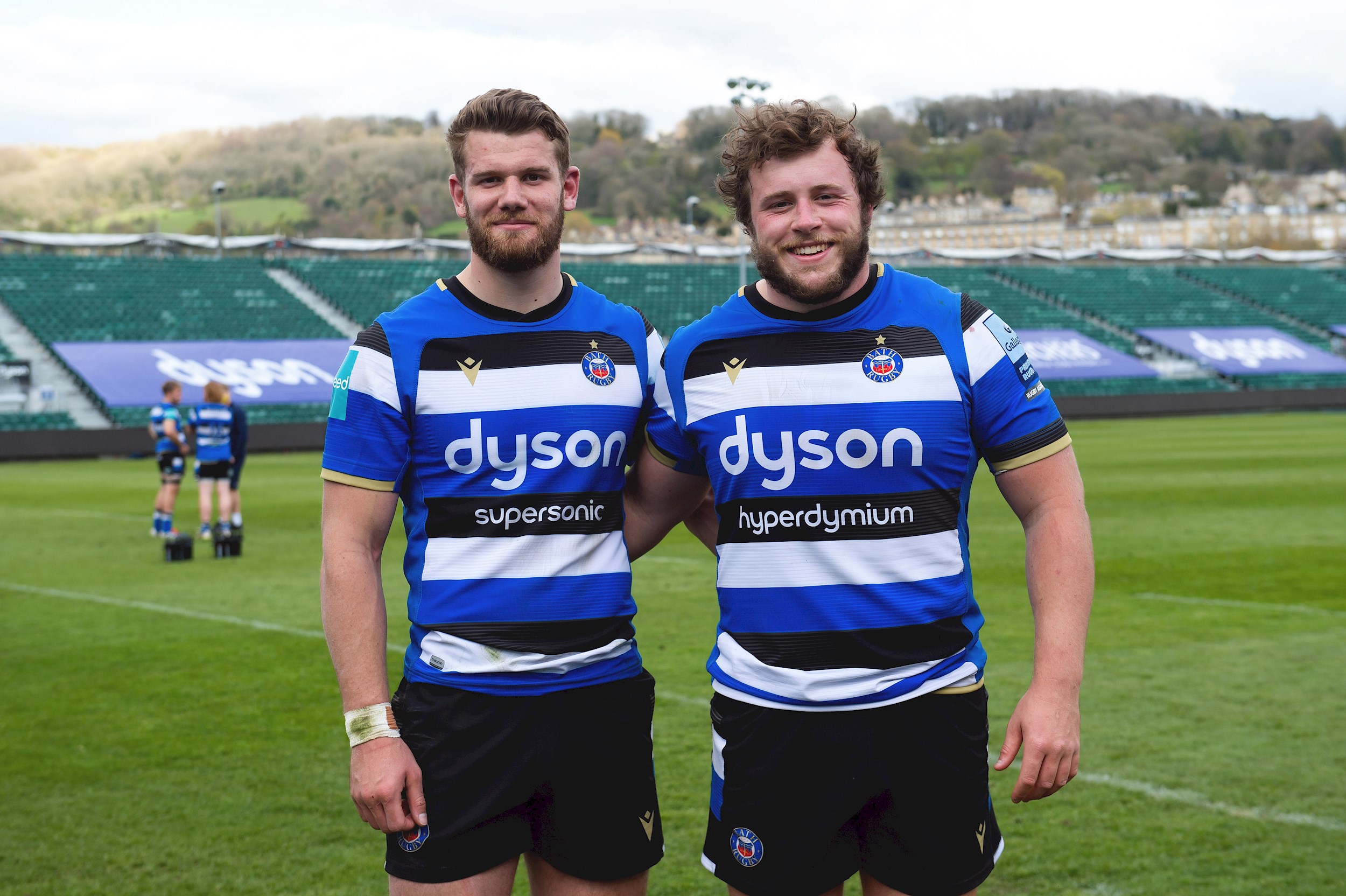 Butt’s development over the past three years has seen him ply his trade at the University of Bath and at Championship side Coventry in a loan spell.

With the latter, the centre scored four tries in one game, and he feels the spell has given him the confidence to hit the ground running back with the Blue, Black and White.

“Particularly my first and second years out of school, Uni was brilliant and it was a great opportunity for me to go away and play for them and pick up game time. That was a huge part of my development and an opportunity to play games and gain confidence.

“Coventry was also a great opportunity to play games rather than just train. I took a lot of confidence going there to play and I just had an enjoyment to go out there and play.”

Along with his experiences of other environments, Butt is ready to continue his learning back at Bath Rugby, absorbing knowledge from those who have been in the game for a long time.

“I’ve learned from senior players, players that have been around a long time and played at a high level. You pick up small things from them, not just on the pitch but how they prepare for sessions, how they review footage from sessions as well and just seeing what it takes to play at the highest level. That’s been awesome to be a part of.

“Now my aim this year is to get out there as much as I can, that’s the overriding goal for the season.”

Watch Will Butt in Episode 1 of this season's Bath Rugby Unseen, powered by Dyson.