U18 quintet graduate to Senior Academy

Abdul-Khalik Akenzua Al Kareem, Arthur Green, Sam Harris, Will Jeanes and Will Parry have all developed their skills in the Blue, Black and White’s Academy and earned their place in the Bath Rugby Squad.

On the quintet’s graduation to the Senior Academy, Academy Manager Craig Lilley said: “It’s a fantastic group of players coming through.

“All five have great strengths in different areas of the game and they complement each other and the overall squad as a result. They are an incredibly hardworking cohort who all have the desire and determination to improve and develop.

“We’re excited for them to come into the environment and learn and make their mark alongside the established players at the club.”

Archie Stanley has also signed a full-time contract with the club following the completion of his scholarship. The prop made his senior debut for Bath against Worcester Warriors in the Premiership Rugby Cup this year. 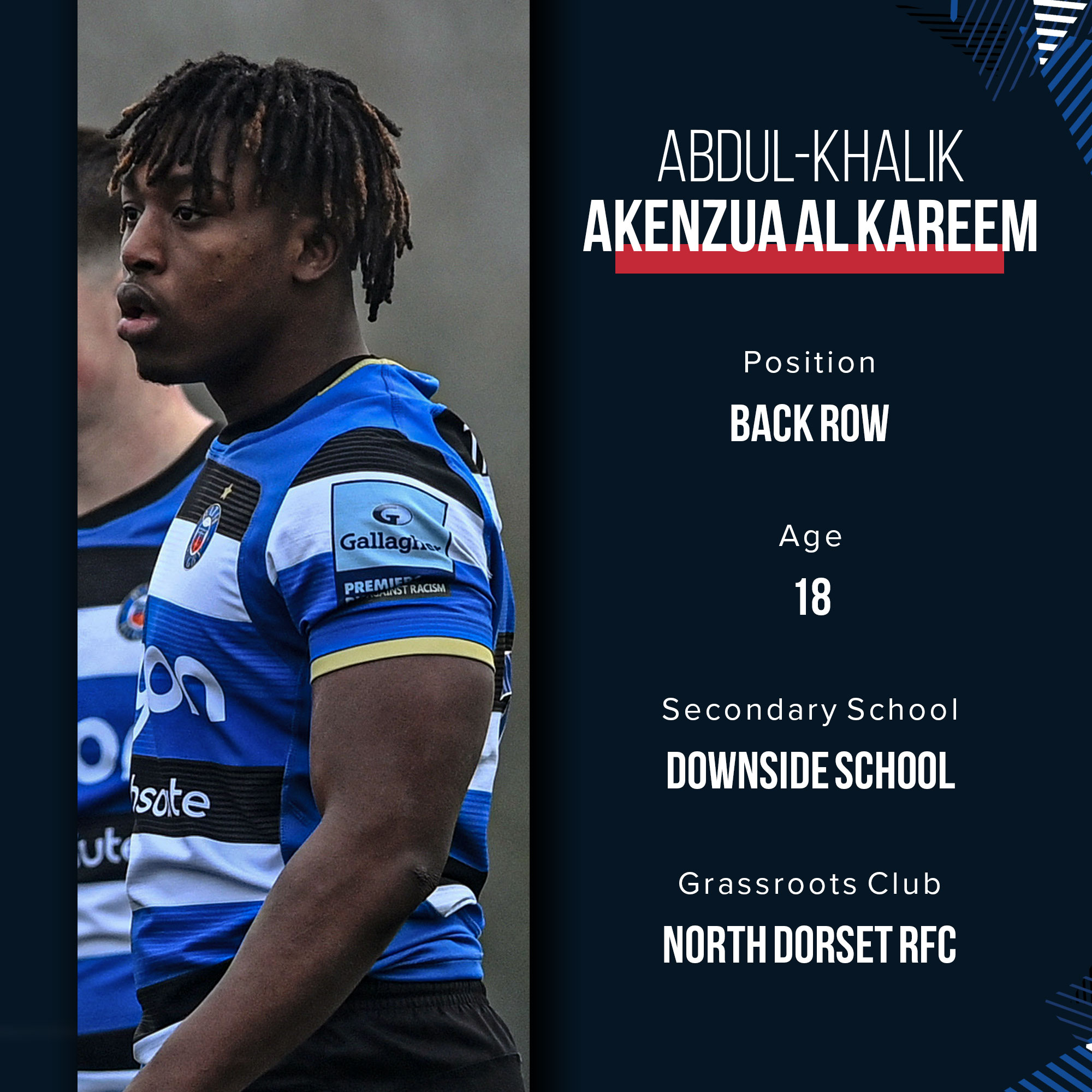 Abdul-Khalik Akenzua Al Kareem is a big, physical ball-carrying back row and a natural athlete. Educated at Downside School, he featured for Bath Rugby Under-18s last term and will develop his game significantly in the Senior Academy squad.

Number 8 Arthur Green earned England Under-18s honours last season, making a try-scoring debut against Wales before heading to France for the U18 Six Nations Festival. He was key in Sherborne School reaching the last four of the Schools Cup with his ability to go forward and outstanding footwork being consistent features to his game. Green is an influential character, a strong speaker and leads by example. 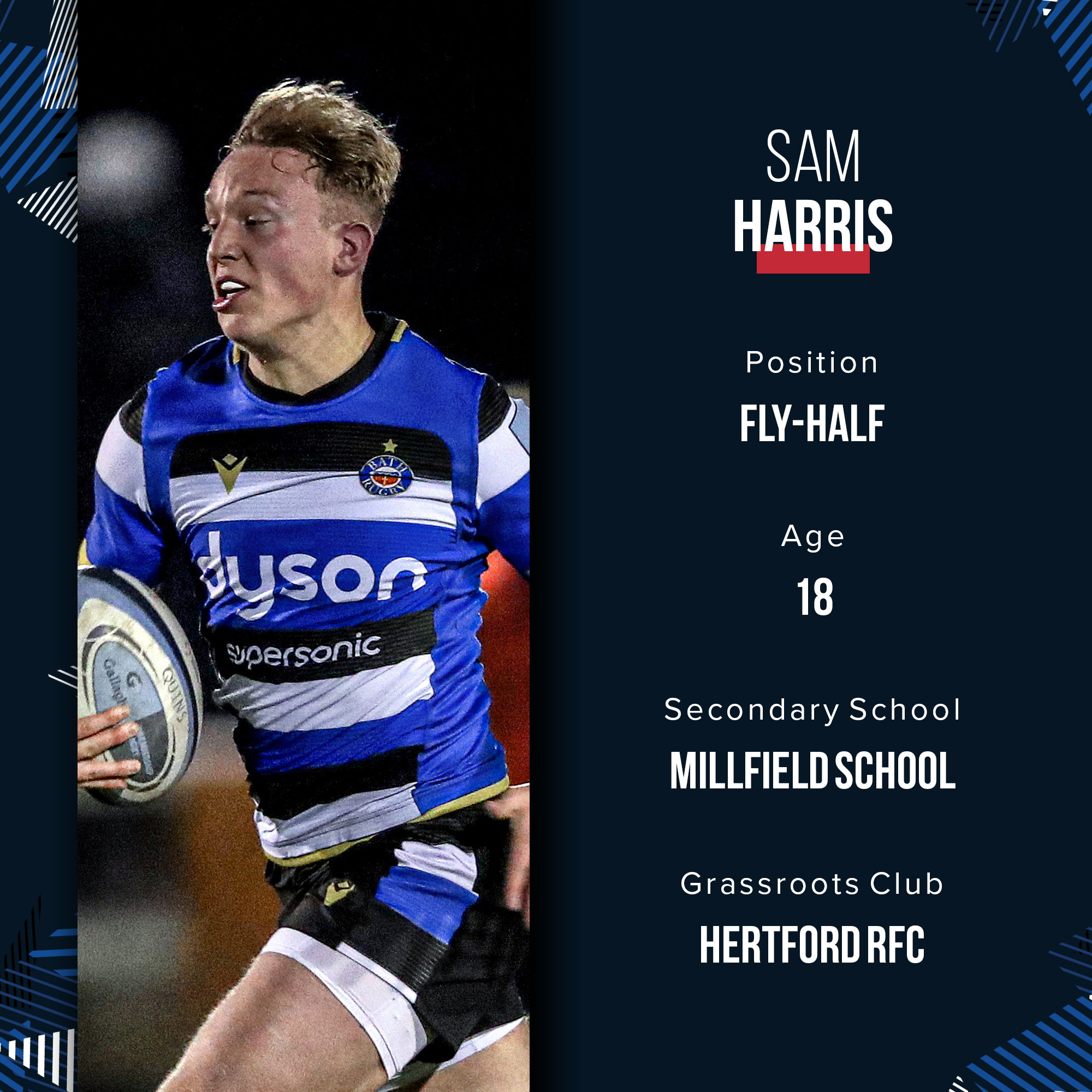 An exciting, athletic fly-half, Sam Harris has excelled over the past few years at Millfield School and his talents have been recognised at international level with England Under-18s and Under-19s. With an ability to also play 12 and 15, he is an extremely balanced footballer with a natural talent to create and score tries. Harris will be looking to earn his place in England Under-20s over the next season.

Hailing from Taunton RFC, Will Jeanes moved to Beechen Cliff School in Lower Sixth where he has accelerated his rugby development. The 18-year-old, who can play second row and back row, showed excellent leadership skills whilst playing for Bath Rugby Under-18s last season and possesses strong skills in the line-out. Jeanes is a player who always gains his side momentum over the gainline. 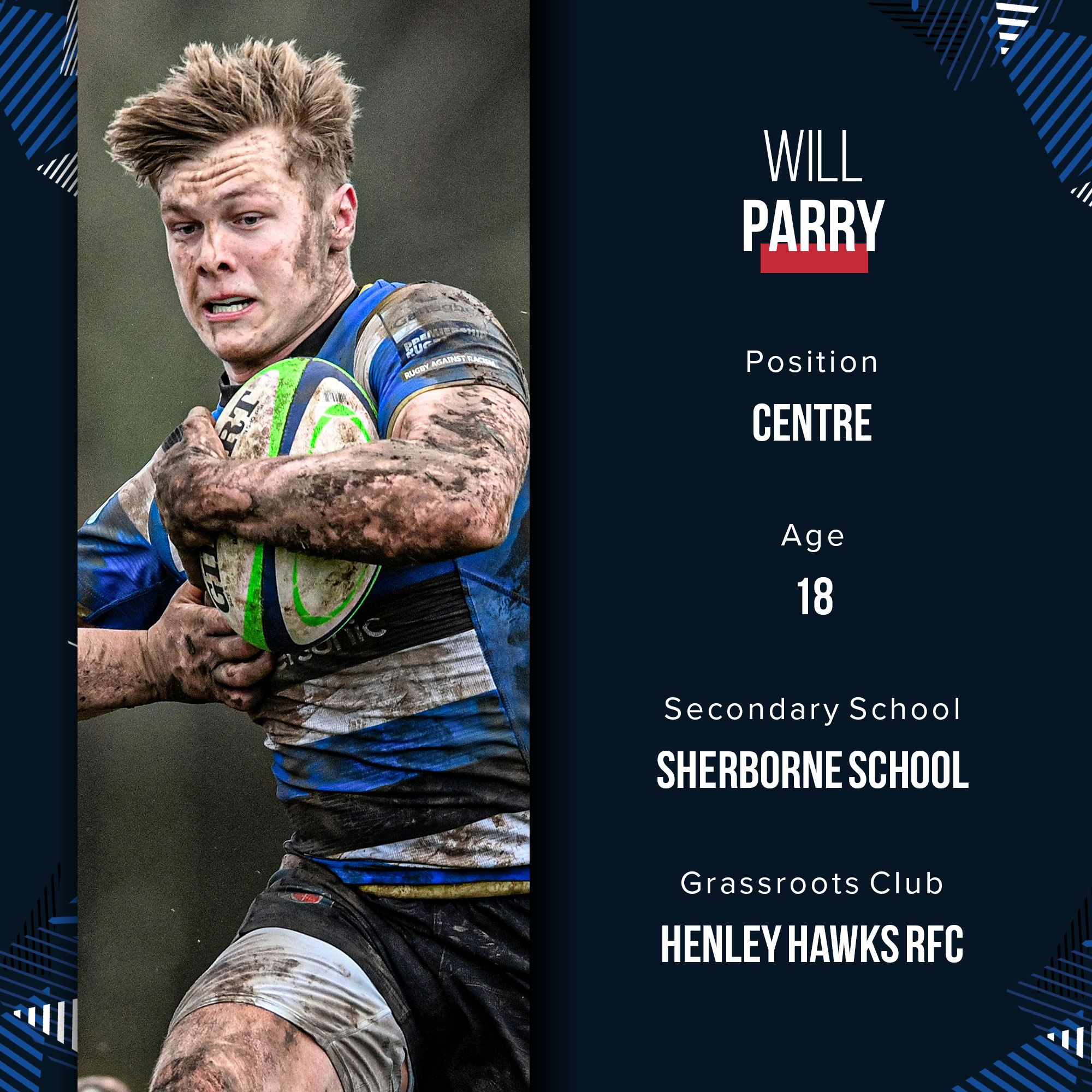 A powerful centre who hits strong running lines, Will Parry had an excellent final season with Sherborne School, aiding their route to the semi-finals of the Schools Cup, whilst also making a significant impact in Bath Under-18sAcademy League season. The midfielder was a standout throughout the 2021/22 campaign, showcasing great ability on both sides of the ball.