Bath Rugby is delighted to welcome Tom Cowan into the Senior Academy on a two-year contract.

The young back row re-joins the club after an impressive pre-season which ended in game time in the first team’s friendly against Cardiff Rugby.

Hailing from Chippenham, Cowan was part of the Bath Rugby Developing Player Programme as a 13-year-old and came all the way through the pathway into the Under-18s.

At the end of his Under-18s season in 2019/20, the decision was made for Cowan to head to Loughborough University where he would combine his Chemical Engineering degree with rugby in National 2 and the BUCS league.

This coincided with the Covid-19 lockdown and Academy Manager Craig Lilley remained in contact with the England and Wales-qualified flanker to see how his training and his course were going.

An opportunity arose this summer to bring Cowan into Farleigh House to assess the progress he has made and he trained with the senior squad day in, day out, showing long-term potential.

He has signed a dual-registration with Loughborough University which will allow him to continue his studies but also be available to Bath Rugby throughout the season.

“We’re delighted to bring Tom back to the club,” Lilley said.

“The contract is a massive reward for his efforts over the past couple of years and how he has excelled in the senior environment in pre-season.

"He is a very physical and athletic player who works hard on both sides of the ball and he is extremely diligent with how he studies the game and likewise his University course.

“We are excited by the potential Tom has and we are looking forward to seeing how he develops over the next couple of years.” 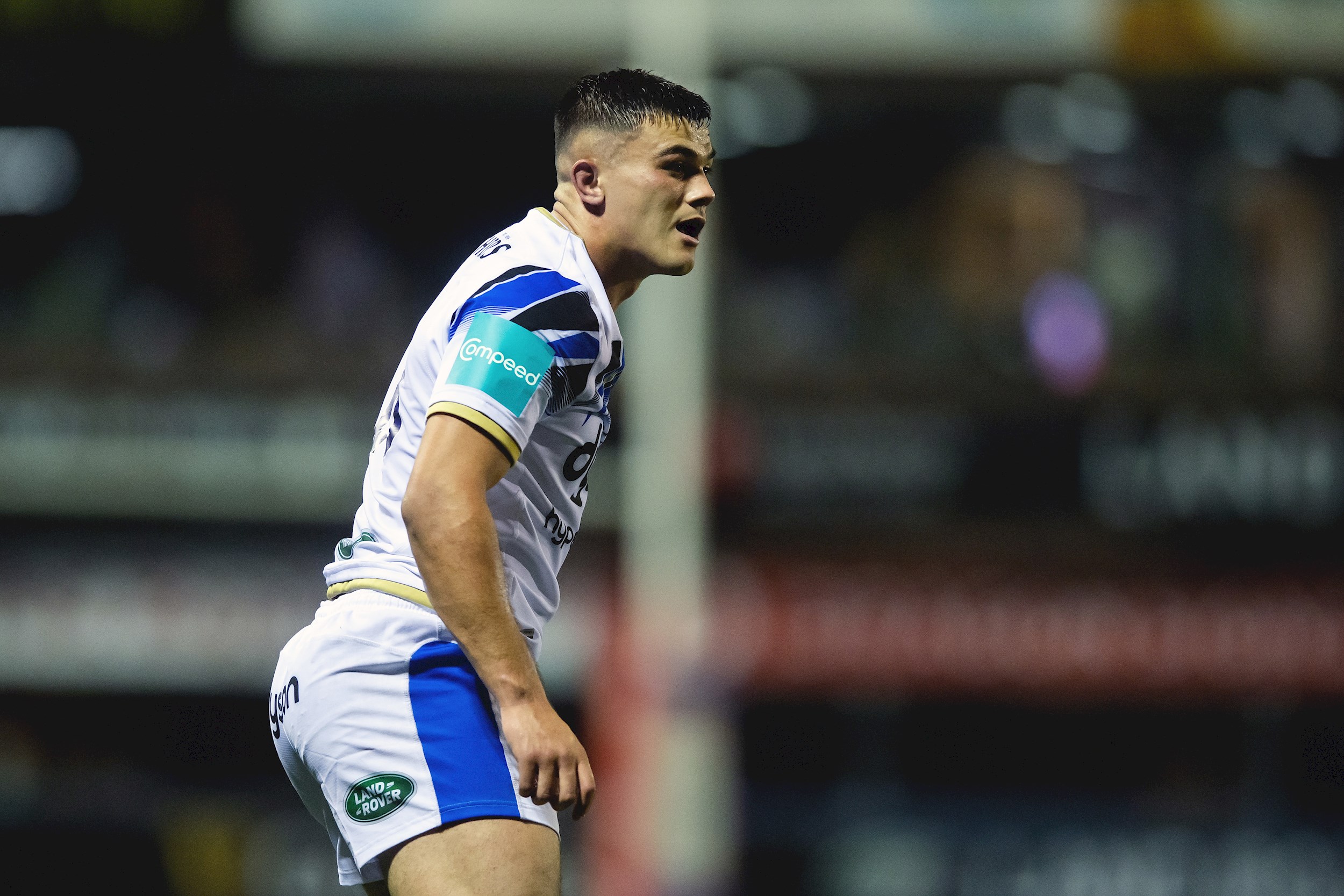 The wing signed a scholarship deal in the summer and graduated from the Under-18s, but his studies will now take him out of the club’s University programme as Lilley explains.

“A major component when the boys sign a scholarship contract is they go to University and exist within the University for the majority of their rugby programme; they continue their studies whilst coordinating their S&C, physio and rugby programmes with our coaches.

“Unfortunately, Kofi didn’t achieve the grades to get on the course he wanted to. We looked at changing his course but for us, the most important thing was for him to be on the right course to help him succeed in life after rugby. The right course for Kofi wasn’t at the University of Bath so we made a mutual decision that he would study elsewhere.

“Kofi is an outstanding young man and had an excellent pre-season, stepping into our senior programme and demonstrated all the thing we have seen from him in his journey from Under-14s to Under-18.

“We have connected with Exeter University and hopefully he will go down there and play at a good level within their programme. We will keep in contact with him to see how he progresses and I’m sure we will come across him in the BUCS league at some point!”