The Clash: Entertainment on the day

With less than two months to go, The Clash will be back before we know it. Over 45,000 supporters have already confirmed their tickets to get behind the boys for this crucial, showpiece fixture against Leicester Tigers at Twickenham Stadium.

So what’s in store for you on Saturday 7th April?

Once again, the West Fan Village will provide a hive of activity and anticipation pre and post-match.

One for all the family – visit Land Rover in the West Fan village to see if you can negotiate Land Rover’s Remote Control Car Circuit. 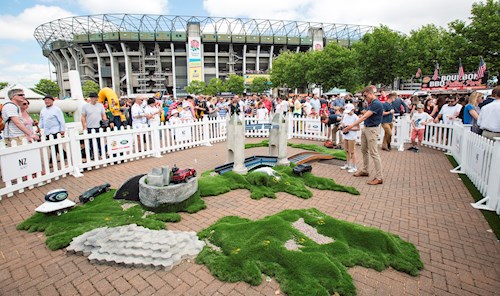 A chance for a friendly game of rugby tag with the backdrop of Twickenham Stadium to really get you fired up.

Toast the day in the South Stand bar with a DJ to keep the celebrations rolling.

Easter Entertainment sorted! Kicking off from 11:00 we’ve got a full day of free, family activities planned. With something for everyone in the family, the dodgems, a giant ferris wheel and a climbing wall will make sure you’re entertained until kick-off. 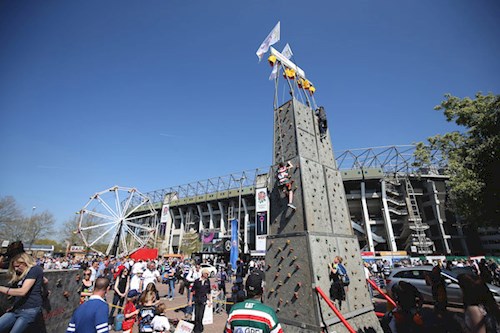 Our renowned watering hole at the Rec will be taking over at Twickenham serving up Club favourites from Bath Ales & Thatchers on tap. 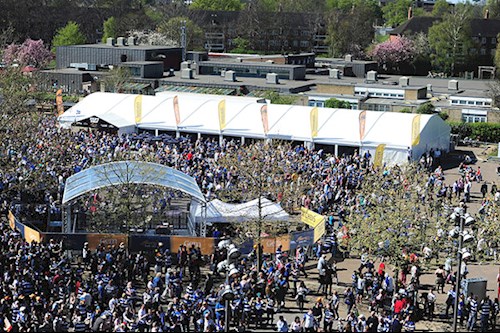 THE TUNNEL OF NOISE

Last year the arrival atmosphere created by supporters got the hairs on the back of your neck standing up. This is your chance to BRING THE NOISE for the boys as we welcome them to the home of English Rugby. 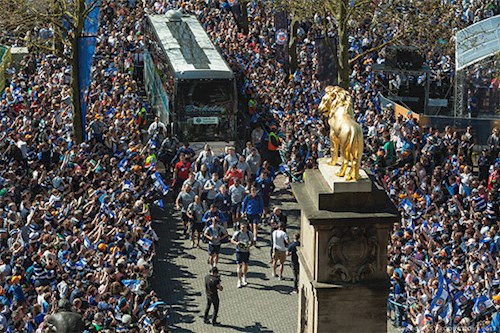 KEEP AN EYE OUT FOR

After the Easter holidays draws to an end, who wouldn’t want a free back massage in the Spa Zone to help you relax ahead of kick-off.

Battling it out against Leicester Tigers mixed ability team, keep your eyes peeled for an equally fierce rivalry between these two teams.

Stay tuned as more entertainment is announced over the coming weeks.

Very limited tickets from £15 remaining. We’ll bring the action, you bring the noise!