Cameron Redpath will make his long-awaited return to the field this weekend when Bath Rugby take on Stade Rochelais in the Heineken Champions Cup.

The Scotland international has been rehabilitating since injuring his knee against Sale Sharks back in May and has worked incredibly hard, alongside the club’s medical team, to return to fitness.

Earning his 23rd cap for the Blue, Black and White, Redpath will line-up at fly-half with Orlando Bailey, Danny Cipriani, Tian Schoeman, Max Ojomoh and Tom de Glanville all unavailable due to injury.

Tom Prydie and Jonathan Joseph are the only two players in the backline who started the win over Worcester Warriors. Ben Spencer and Will Muir return to the matchday squad while Ruaridh McConnochie and Max Clark have been promoted to the starting XV.

After completing 78 minutes as a replacement against Worcester, D’Arcy Rae comes in for injured Will Stuart. Juan Schoeman replaces injured Lewis Boyce and hooker Tom Doughty will earn his European debut.

Josh McNally and Charlie Ewels continue in the second row while the back row also remains unchanged with Ewan Richards, Tom Ellis and Josh Bayliss retaining their places.

On the bench, Valery Morozov is set for his Bath Rugby debut with Will Butt in line for a first European appearance. 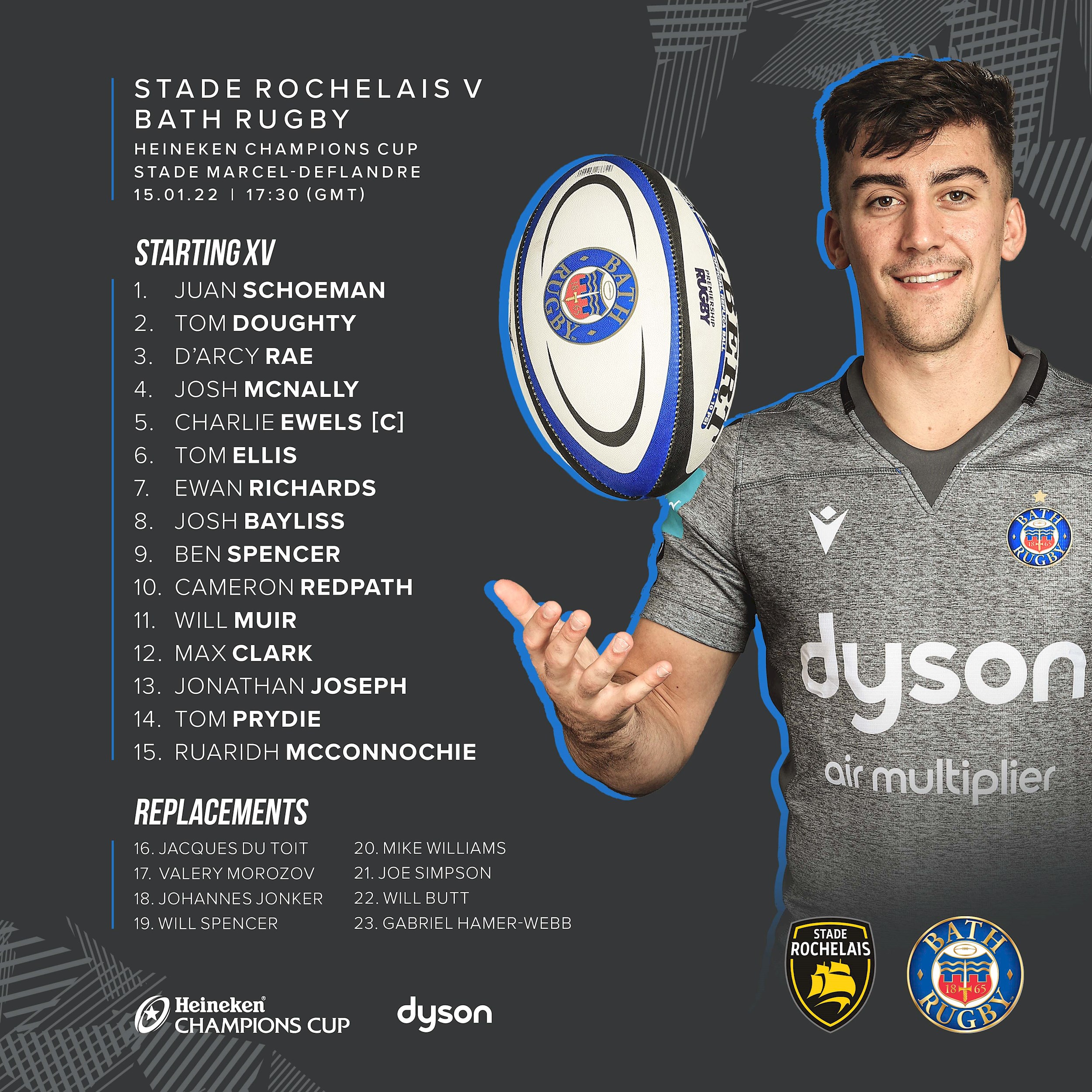