Head Coach Neal Hatley has made two changes to Bath Rugby’s starting XV for the Gallagher Premiership trip to Saracens.

The Blue, Black and Whites head to the StoneX Stadium following back-to-back league wins, seeing off defending champions Harlequins in an impressive performance last time out.

Jaco Coetzee made his return from injury as a replacement in the victory, showcasing his carrying ability, and earns his second start of the Premiership season, lining up at openside flanker with new recruit Nathan Hughes retaining his spot at Number 8.

At lock last week, Mike Williams switches to six to complete a physical back row while Will Spencer comes into the second row alongside captain Josh McNally.

Props Arthur Cordwell and D’Arcy Rae played the entire 80 minutes against Quins and continue in the front row with Jacques du Toit selected at hooker.

The backline, which looked slick and made some smart attacking combinations in Round 14, remains unchanged.

It means Academy centre Max Ojomoh keeps his place at fly-half, outside experienced scrum-half Ben Spencer. Back from Scotland duty, Cameron Redpath earns further minutes in the 12 jersey and links up with Jonathan Joseph in the midfield.

Will Muir made it five tries in nine Premiership games in 2021/22 with two finishes in the 21-17 win and is joined in the back three by Gabriel Hamer-Webb and Semesa Rokoduguni.

On the bench, Tom Dunn and Valeriy Morozov are involved following injury and Academy lock Josh Dingley could make his league debut. 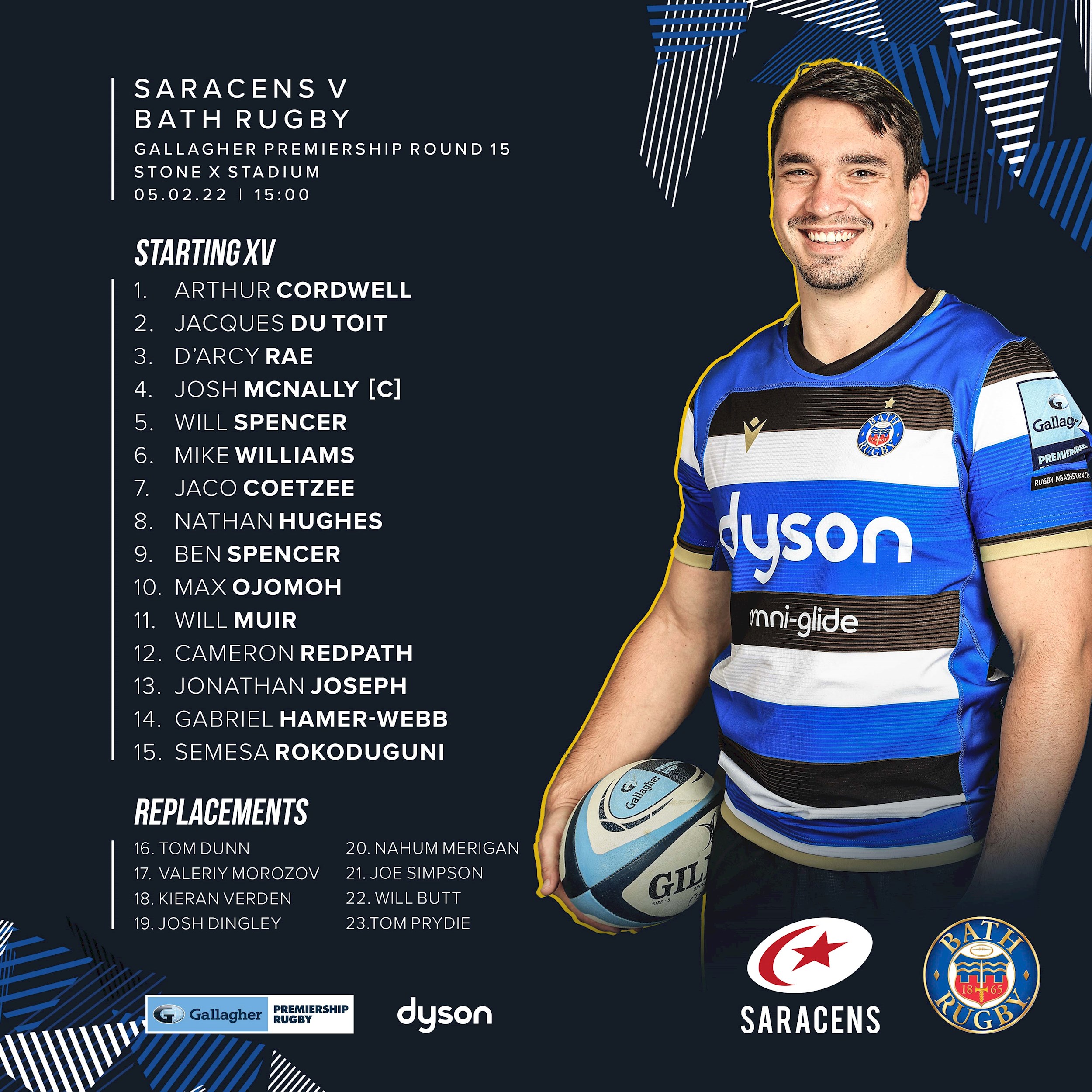