Tom Dunn will captain a youthful Bath Rugby side against Gloucester with the club using the Premiership Rugby Cup to develop its young players.

The hooker, who will celebrate his 29th birthday on Friday, lines up in an all-homegrown front row with recent Academy graduates Arthur Cordwell and Kieran Verden at loosehead and tighthead respectively.

After becoming Bath’s second youngest lock to start a Gallagher Premiership match, Ewan Richards has earned another opportunity in a starting jersey and is joined in the second row by Will Spencer who will make his first appearance of the season following a long spell on the sidelines through injury.

Jaco Coetzee returns at blindside flanker after completing the graduated return to play (GRTP) protocol and links up in the back row with current Senior Academy duo Thompson Cowan and Nahum Merigan – both of whom debuted in the Premiership at Leicester Tigers last time out.

In the backs, Ruaridh McConnochie offers experience from the wing in a back three that contains another pair of graduates in Gabriel Hamer-Webb and Darren Atkins.

The RPA’s MVP for October Max Ojomoh switches to outside centre for his first experience of playing 13 at senior level and partners with Will Butt whose sole outing for the Blue, Black and White came in this competition against Gloucester in 2019.

Twenty-year-old George Worboys also played in 26-24 win over the Cherry & Whites at Kingsholm two years ago and is named at fly-half outside senior scrum-half Max Green.

A Bath Rugby pathway player since he was 15, versatile Josh Dingley earns his chance to impress as does Ciaran Donoghue, a utility back who recently signed a contract with the club after excelling the senior environment during pre-season.

Will Vaughan, D’Arcy Rae and Richard de Carpentier complete the 23 which has an average of 22.6. 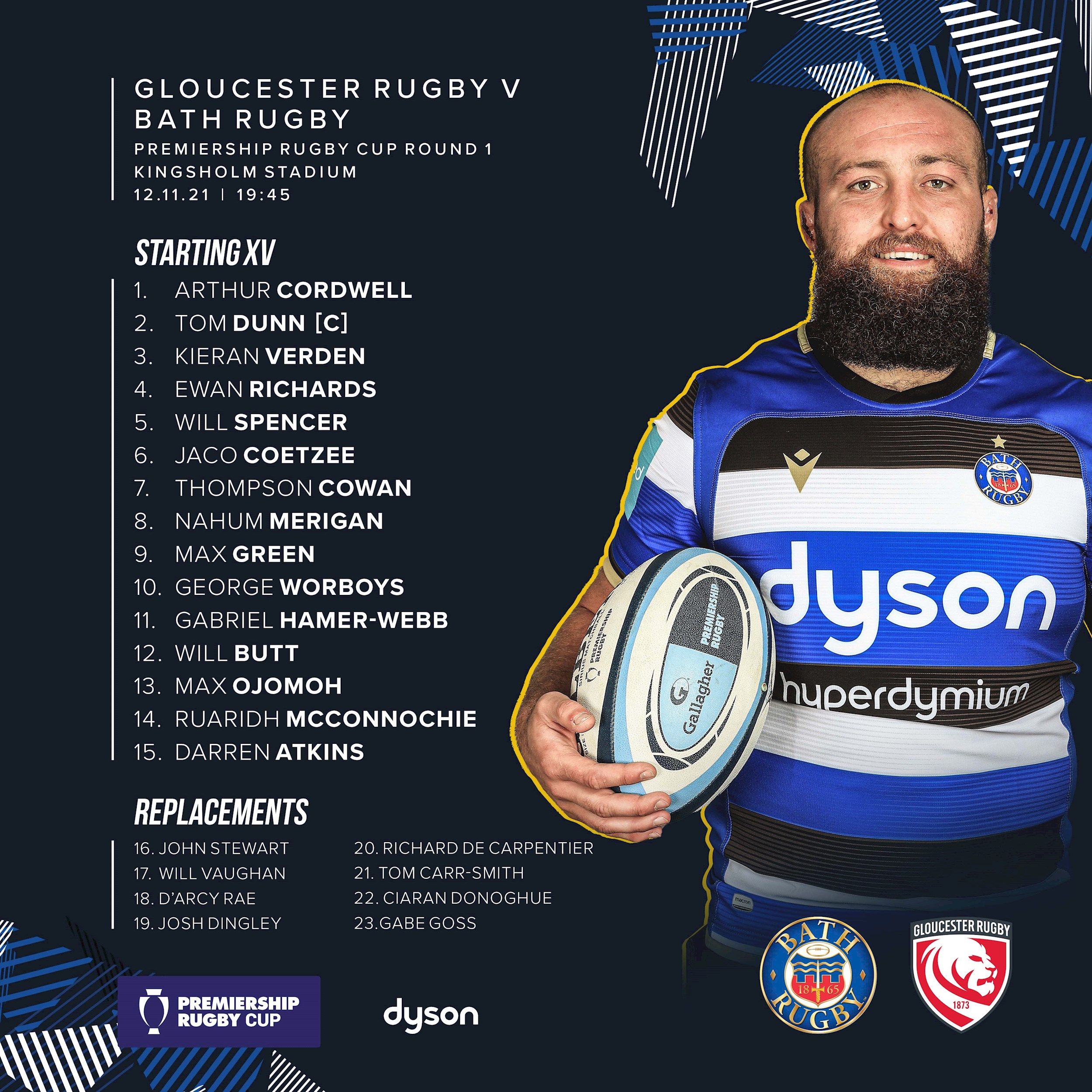