Miles Reid will captain Bath Rugby for the first time when the Blue, Black and Whites head to Newcastle Falcons in Round 18 of the Gallagher Premiership.

It will be a proud day for the homegrown 23-year-old who returns to action at openside flanker for the first time since November after recovering from injury.

Another Academy graduate in Josh Bayliss is also back in the starting XV with Nathan Hughes completing a talented back row.

Mike Williams and Ewan Richards have overcome injury and illness respectively to pair up in the second row while the front row of Valeriy Morozov, Jacques du Toit and D’Arcy Rae remains the same.

Fly-half Danny Cipriani starts his fifth match for the club outside scrum-half Ben Spencer and Max Clark comes in at outside centre in the only other change to the team that began last weekend’s game against Leicester Tigers.

Try scorers Will Muir and Max Ojomoh retain their jerseys with Will Butt and Tom de Glanville also involved.

On the bench, Ma’afu Fia could make his Bath Rugby debut after joining on loan from Ospreys. Lewis Boyce, Will Spencer, Sam Underhill and Joe Cokanasiga are all back in the 23 following injury. 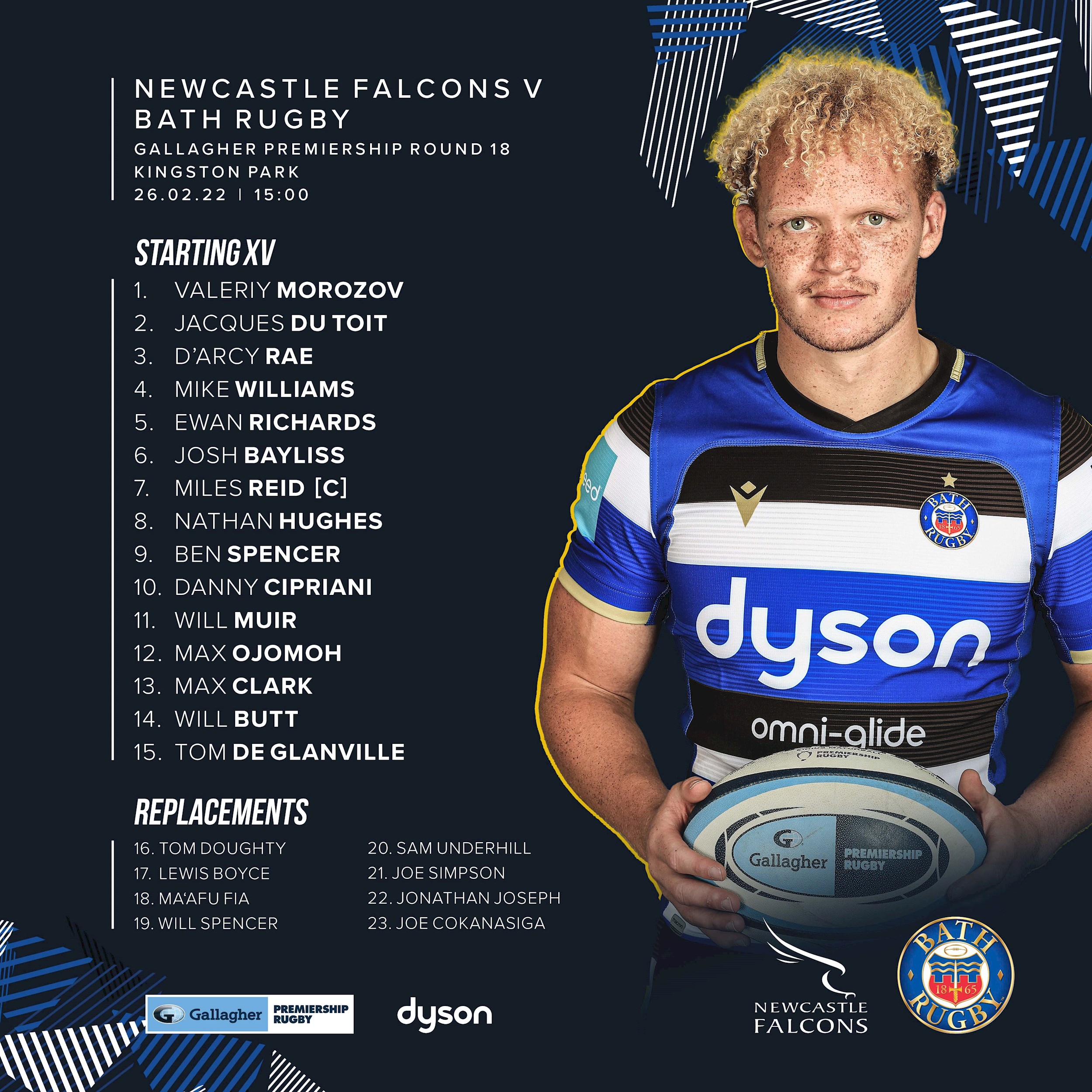