Six of the Bath Rugby starting XV will make their Heineken Champions Cup debuts against Leinster at the Aviva Stadium on Saturday.

Fresh from making his maiden Gallagher Premiership outing last weekend, Will Butt retains his spot in the centre alongside another first-timer in Max Ojomoh - who did feature in the Challenge Cup against Zebre last season.

Another to play in that game, Orlando Bailey returns to the 10 jersey for his first taste of the top-tier competition as will wing Will Muir and hooker Jacques du Toit, with back rower Richard de Carpentier making his first Champions Cup start and appearance for Bath.

Ben Spencer and Semesa Rokoduguni add experience to the backline with Tom de Glanville - a sole Champions Cup appearance to his name - selected at full-back.

The rest of the tight five have 72 European caps between them. Charlie Ewels leads the side from the second row alongside Josh McNally, while Lewis Boyce and Will Stuart pack down at one and three respectively. 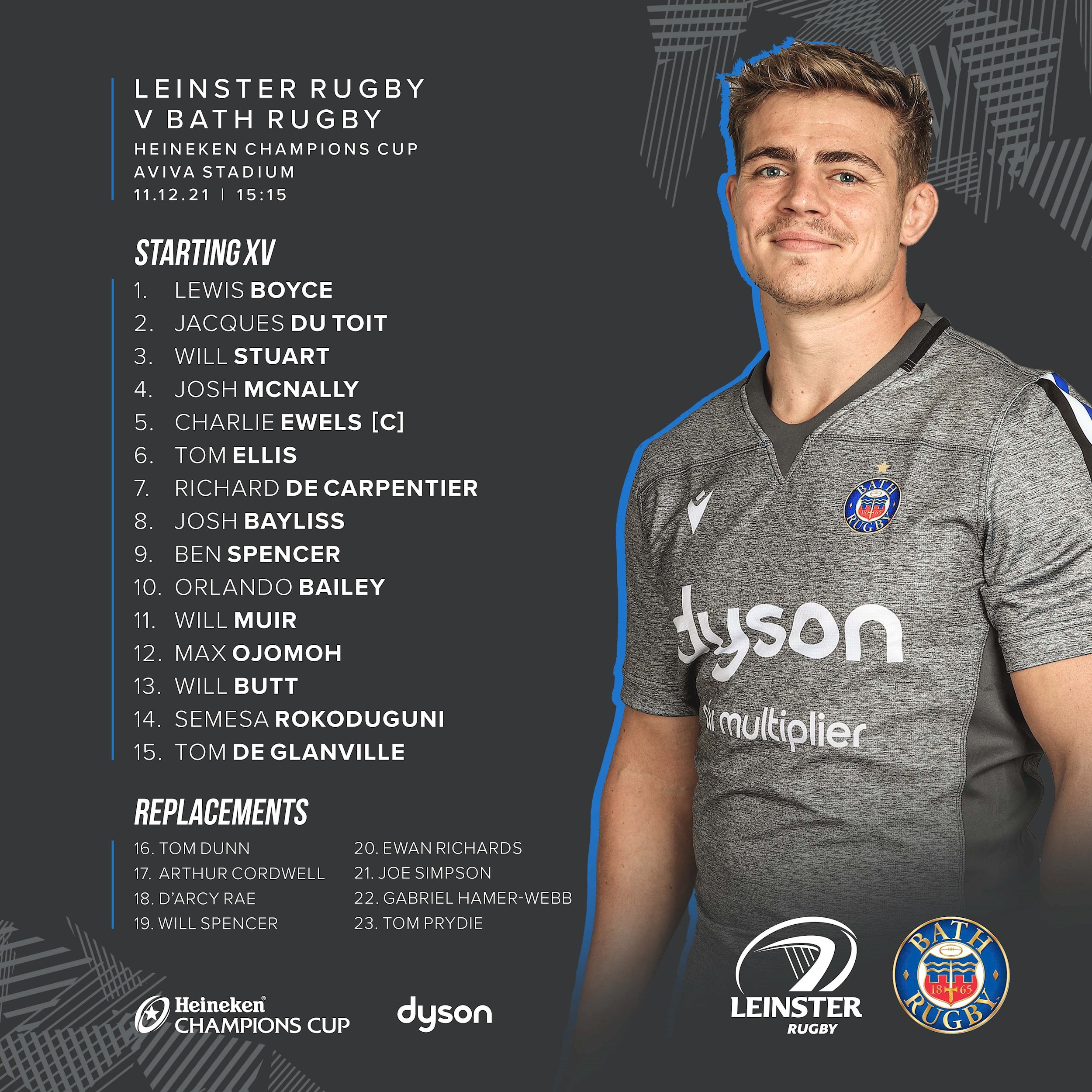