Bath Rugby Academy second row Ewan Richards will make his first senior start in the Gallagher Premiership when the Blue, Black and Whites head to Leicester Tigers on Friday night.

The 19-year-old has made three league appearances for the club thus far, all of which have come as a replacement and earns his opportunity alongside captain for the evening, Josh McNally.

Richards is one of 11 homegrown players in the 23 with Tom Ellis returning at blindside flanker, Miles Reid taking the Number 8 shirt and Orlando Bailey moving to full-back – a position he excelled in for England Under-20s during their successful 2021 U20 Six Nations campaign.

Elsewhere, Tom Dunn is back at hooker and Max Clark retains his place in the midfield while Arthur Cordwell, Kieran Verden, Max Ojomoh, Nahum Merigan and Tom Cowan all on the bench. The latter two – current Senior Academy players – could make their Premiership debuts at Welford Road.

Ollie Fox and Danny Cipriani link up at half-back with Semesa Rokoduguni, Will Muir and Jonathan Joseph completing the backline.

In the pack, Juan Schoeman and D’Arcy Rae flank Dunn in the front row and Richard de Carpentier remains in the back row but switches to the openside. 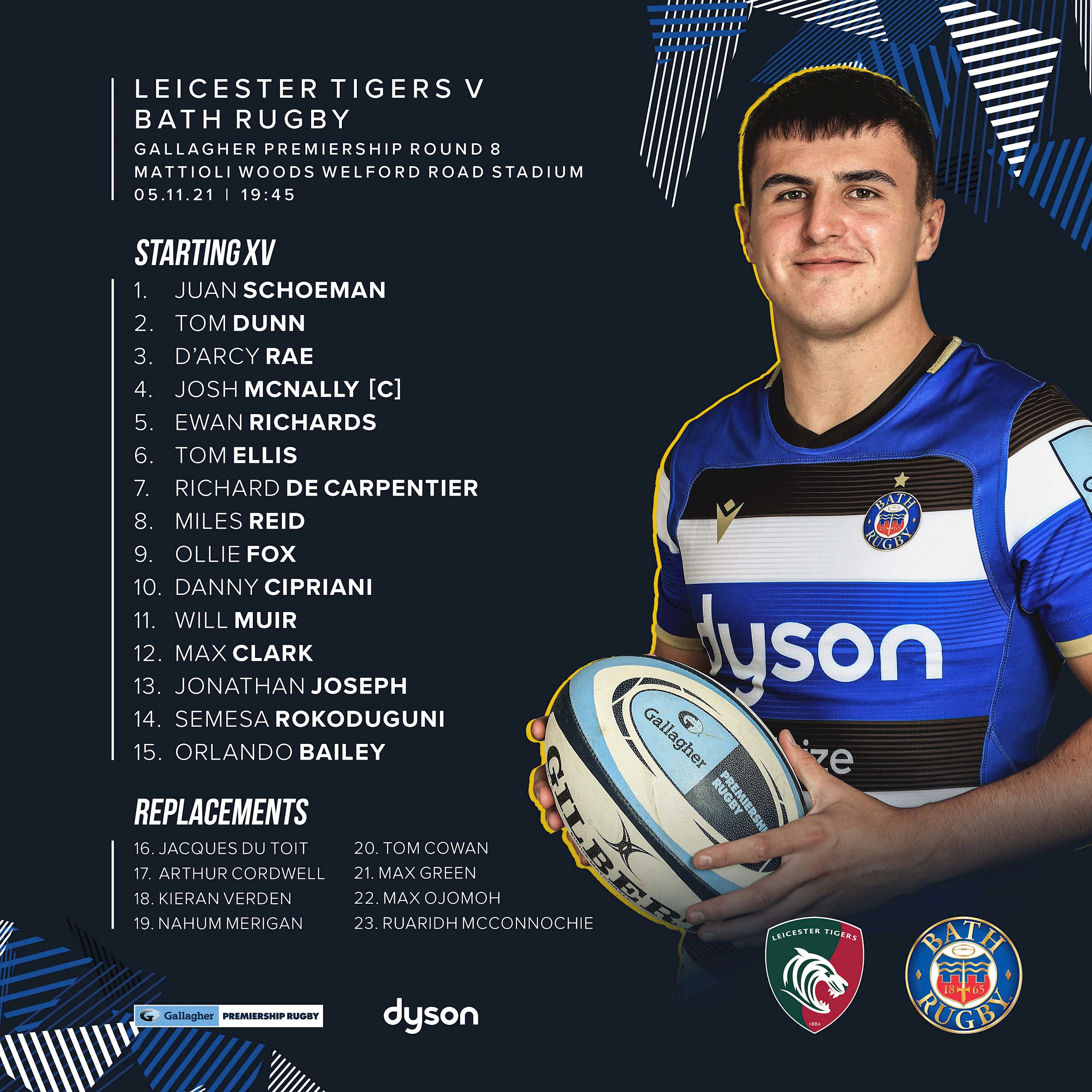