The hooker has featured three times in the league previously and will earn his fifth cap in Blue, Black and White.

He joins an otherwise unchanged front row with Lewis Boyce and Will Stuart packing down at loosehead and tighthead respectively, while Josh McNally and Charlie Ewels continue in the second row.

Josh Bayliss returns at Number 8 and England Under-20 forward Ewan Richards lines up in the seven jersey. Tom Ellis completes the pack at blindside flanker.

In the backs, Ollie Fox is reinstated at scrum-half, pairing up with fly-half, Orlando Bailey. Max Ojomoh and Jonathan Joseph partner each other in the midfield and Will Muir is back on the wing following suspension.

Semesa Rokoduguni and Tom de Glanville maintain their spots in the back three. 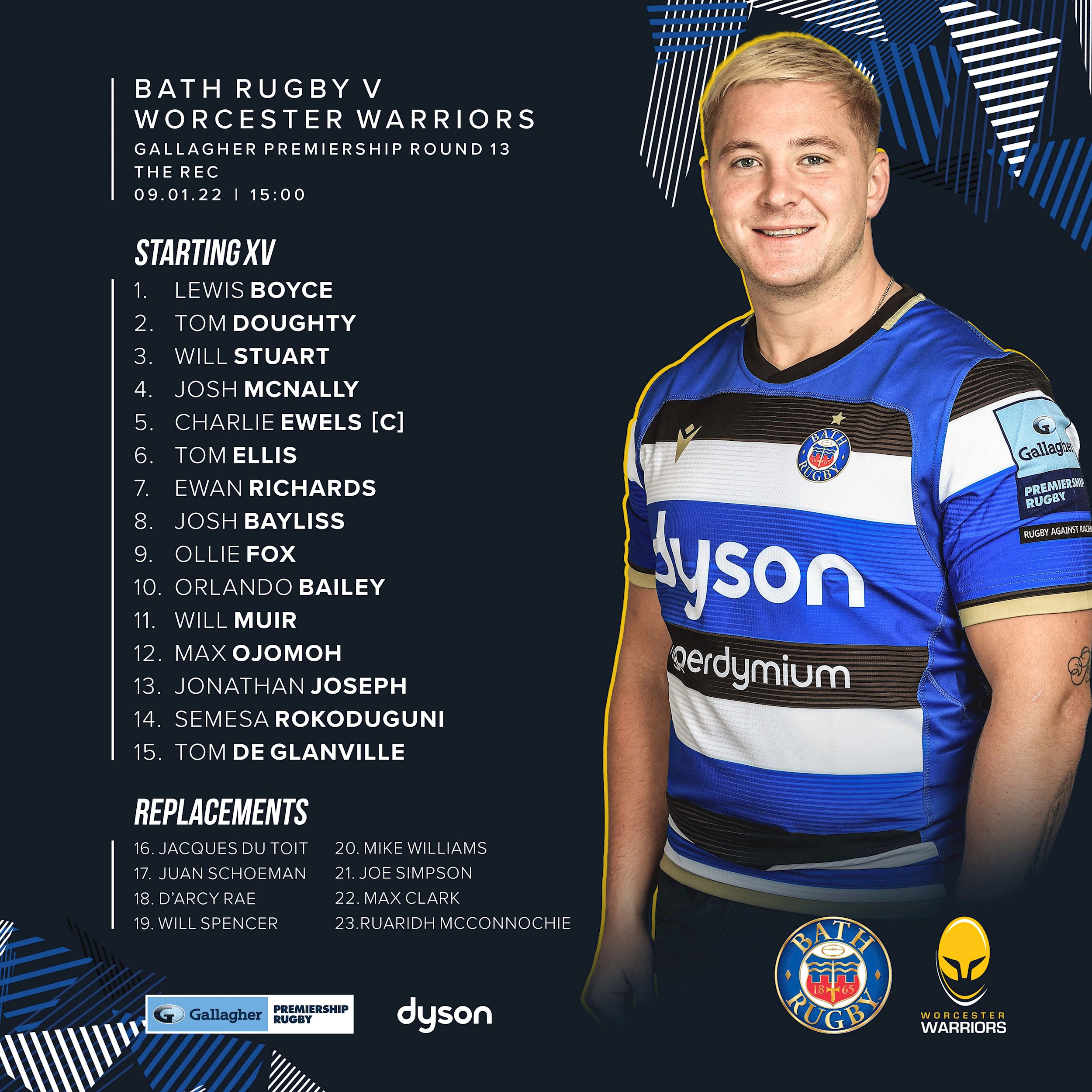