Taulupe Faletau will make his long-awaited return to the field this weekend when Bath Rugby take on Wasps Rugby in Round 16 of the Gallagher Premiership.

The British and Irish Lions number eight has been rehabilitating since injuring his ankle following the second test of the Lions tour in July. Earning his 65th cap for the Blue, Black and White, Faletau will line up in the number six jersey at blindside flanker. He combines with Jaco Coetzee and Nathan Hughes, who retain their places to form a powerful back row.

“It is fantastic to have Taulupe back in our starting line-up”, commented Head Coach Neal Hatley.

“He has worked so hard on his rehabilitation with the support of our medical team, and we are all excited for him to run out in Blue, Black and White this weekend. He brings a wealth of experience, and his presence, as well as his role in managing our game, will have a huge impact on our team.”

Valeriy Morozov comes up from the bench to earn his first Premiership start in the front row, while D’Arcy Rae continues at tighthead with Jacques du Toit residing at hooker, completing the forwards. Will Stuart remains with England whilst Beno Obano, Lewis Boyce, Juan Schoeman, Johannes Jonker and Tom Dunn support from the sidelines while they continue to recover from their respective injuries.

In the backline, Orlando Bailey returns to the starting XV at fly-half, meaning Academy centre Max Ojomoh heads back to his more familiar position at 12. Bailey and Ojomoh link up with experienced scrum-half Ben Spencer and outside centre Jonathan Joseph in the midfield.

Semesa Rokoduguni moves to the wing, making space for Tom Prydie who is promoted from last week’s bench to starting full-back. Rokoduguni and Prydie will link up with Will Muir who retains his place on the left wing.

Cameron Redpath is on international duty with Danny Cipriani, Tian Schoeman, Anthony Watson, Ruaridh McConnochie and Joe Cokanasiga all unavailable due to injury.

The backs are supported by replacements Max Clark, Joe Simpson and Tom de Glanville, who returns to the matchday-23 following injury. The bench is completed with the return of Richard de Carpentier and Arthur Cordwell, Tom Doughty, Kieran Verden and Academy lock Josh Dingley. 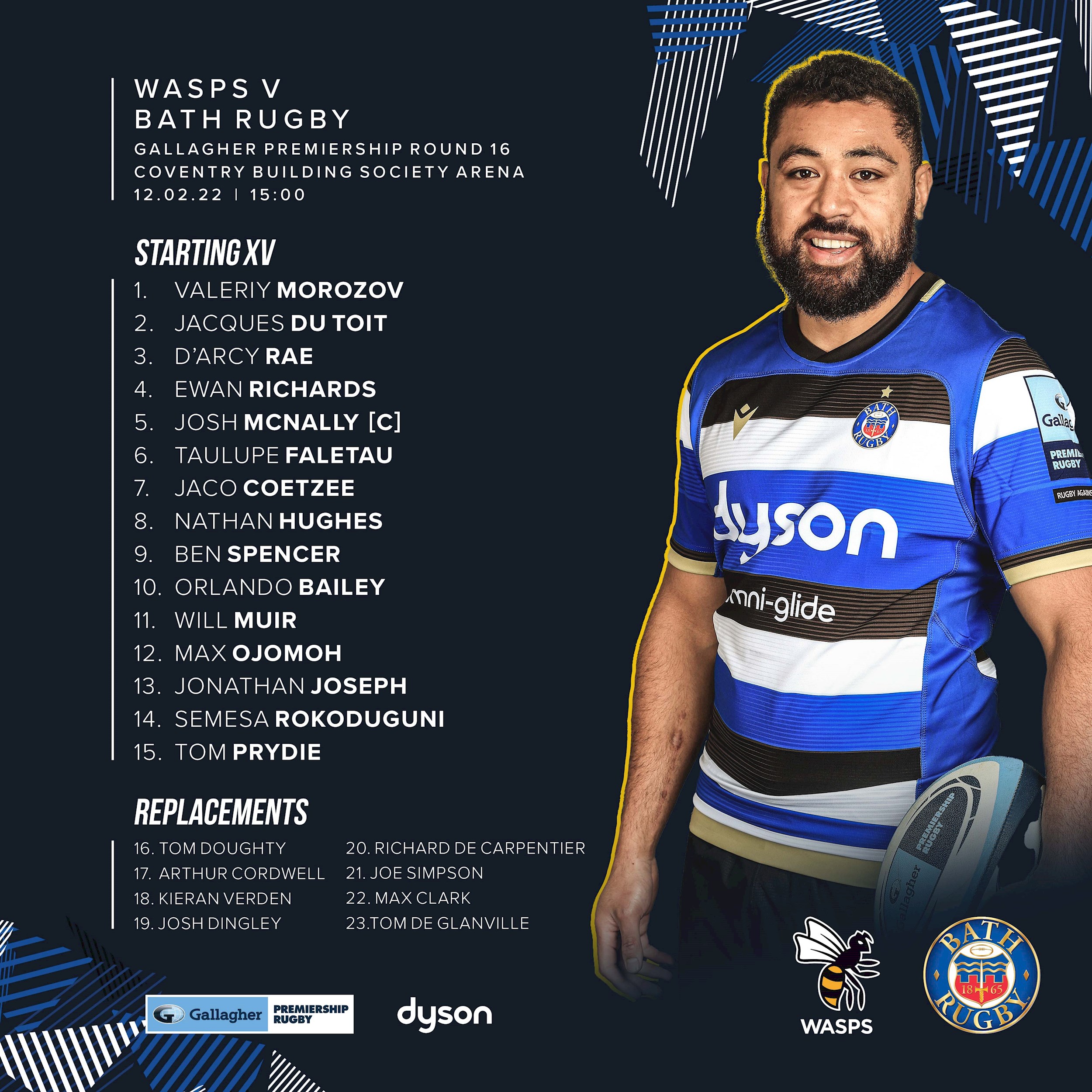