Ruaridh McConnochie returns to the Bath Rugby starting XV as Stade Rochelais visit the Rec for the first time on Saturday.

The wing’s last outing came in the Gallagher Premiership match against Exeter Chiefs at the end of November and he joins a backline which otherwise all started last weekend’s Heineken Champions Cup opener in Dublin.

Ben Spencer will captain the side, linking up with Orlando Bailey in the half-back positions. om de Glanville and Semesa Rokoduguni continue in the back three with Max Ojomoh partnering Will Butt in the centre.

After his mandatory rest following international duty, Sam Underhill comes back into the back row alongside Tom Ellis and Josh Bayliss. England pair Charlie Ewels and Will Stuart are set for their mandatory rest week meaning starts for Mike Williams and D’Arcy Rae, respectively.

Will Spencer and Tom Dunn are also named in the pack with Lewis Boyce retaining his place at loosehead prop.

On the bench, Tom Doughty could make his first appearance of the campaign following a period on the sidelines with injury. Johannes Jonker is back in the 23 while Academy back row Frankie Read will make his senior debut if he comes on. 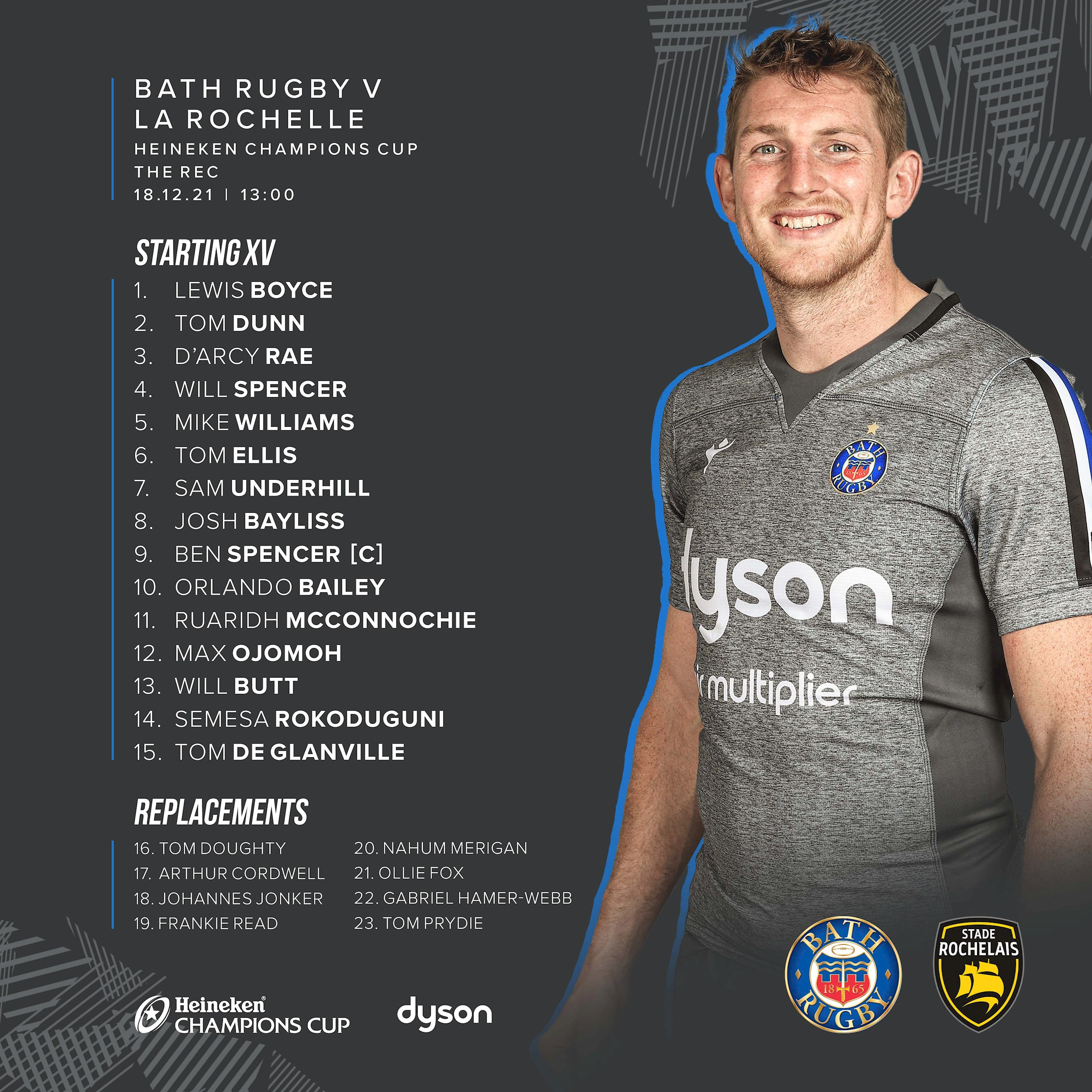