Danny Cipriani will make his home debut for Bath Rugby on Sunday when the Blue, Black and Whites host Saracens in Round 5 of the Gallagher Premiership.

The fly-half featured on the opening day of the season but was forced off due to a head knock and has since had to go through the Graduated Return to Play concussion protocols.

He will partner Ollie Fox in the half-back positions with the scrum-half making his third consecutive start.

Max Ojomoh and Jonathan Joseph continue their budding relationship in the midfield and Anthony Watson comes into the back three on the wing alongside Will Muir and Tom de Glanville.

In the pack, Tom Dunn returns at hooker in an all-England front row with Beno Obano and Will Stuart.

Captain Charlie Ewels and Josh McNally are named in the second row while Miles Reid, Sam Underhill and Josh Bayliss compete as a back row from the start for the third time in the 2021/22 campaign.

On the bench, Ruaridh McConnochie makes his maiden appearance in the Bath 23 this season following a spell on the sidelines through injury. 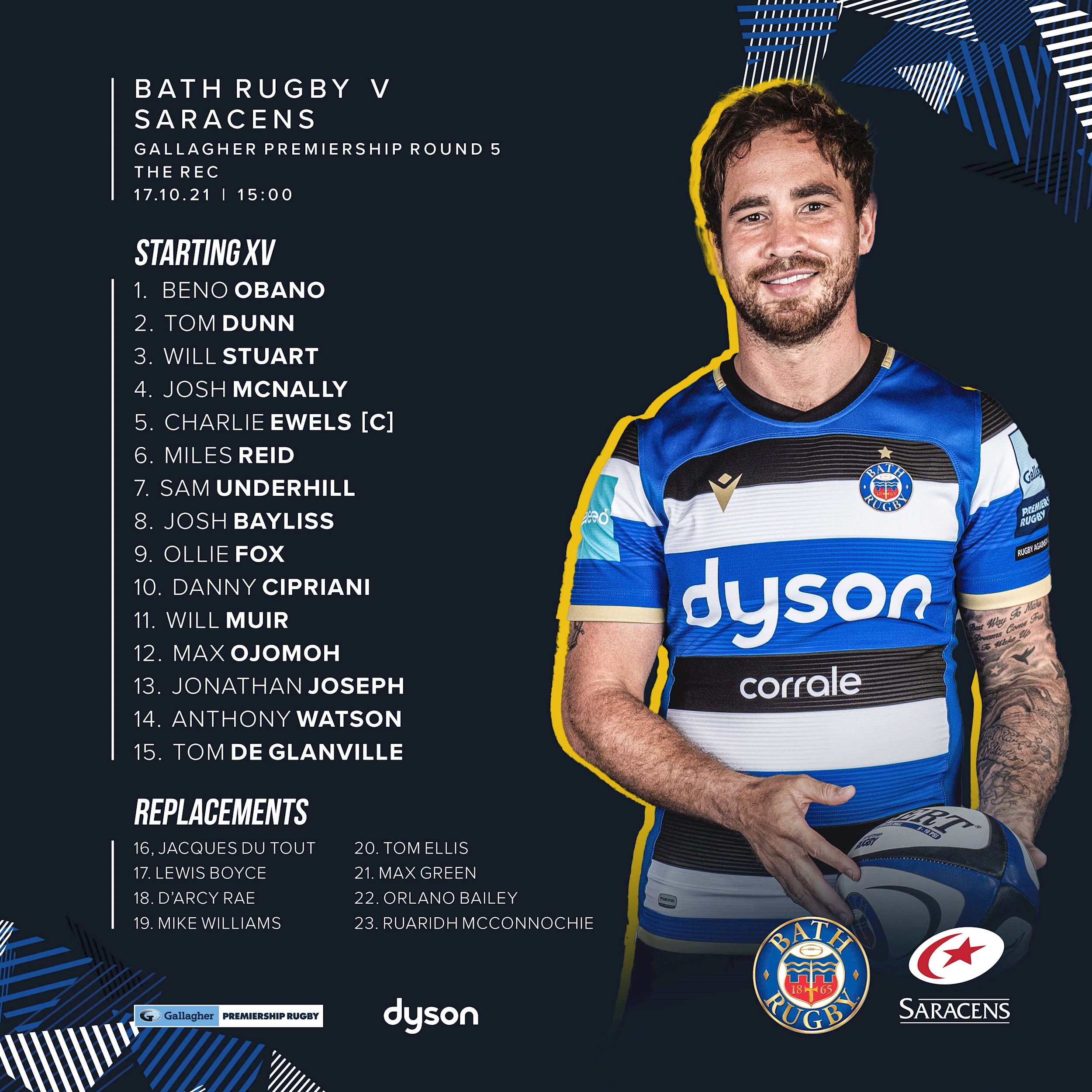