Four returning internationals feature in Bath Rugby’s starting XV for the visit of Sale Sharks in the Gallagher Premiership.

Will Stuart and Sam Underhill started for England in the final round of the Six Nations while Josh Bayliss came off the bench for Scotland. Academy lock Ewan Richards earned another cap for England Under-20s too. All four are named in the pack.

Will Spencer earns his second league start of the season with Jacques du Toit also coming back into a Premiership starting role at hooker. Nathan Hughes completes the pack after missing the Round 19 game against Bristol Bears as part of his loan agreement.

There is only one change in the backs to the seven that began the win over Bristol Bears at the beginning of March.

Wing Will Muir comes back into the back three alongside homegrown duo Will Butt and Tom de Glanville.

Max Clark and Jonathan Joseph continue in the midfield while Ben Spencer, who will captain the side, partners Danny Cipriani at half-back.

On the bench, Harry Casson could make his Premiership debut after joining on a short-term deal ahead of the Premiership Rugby Cup fixture against Bristol last weekend. 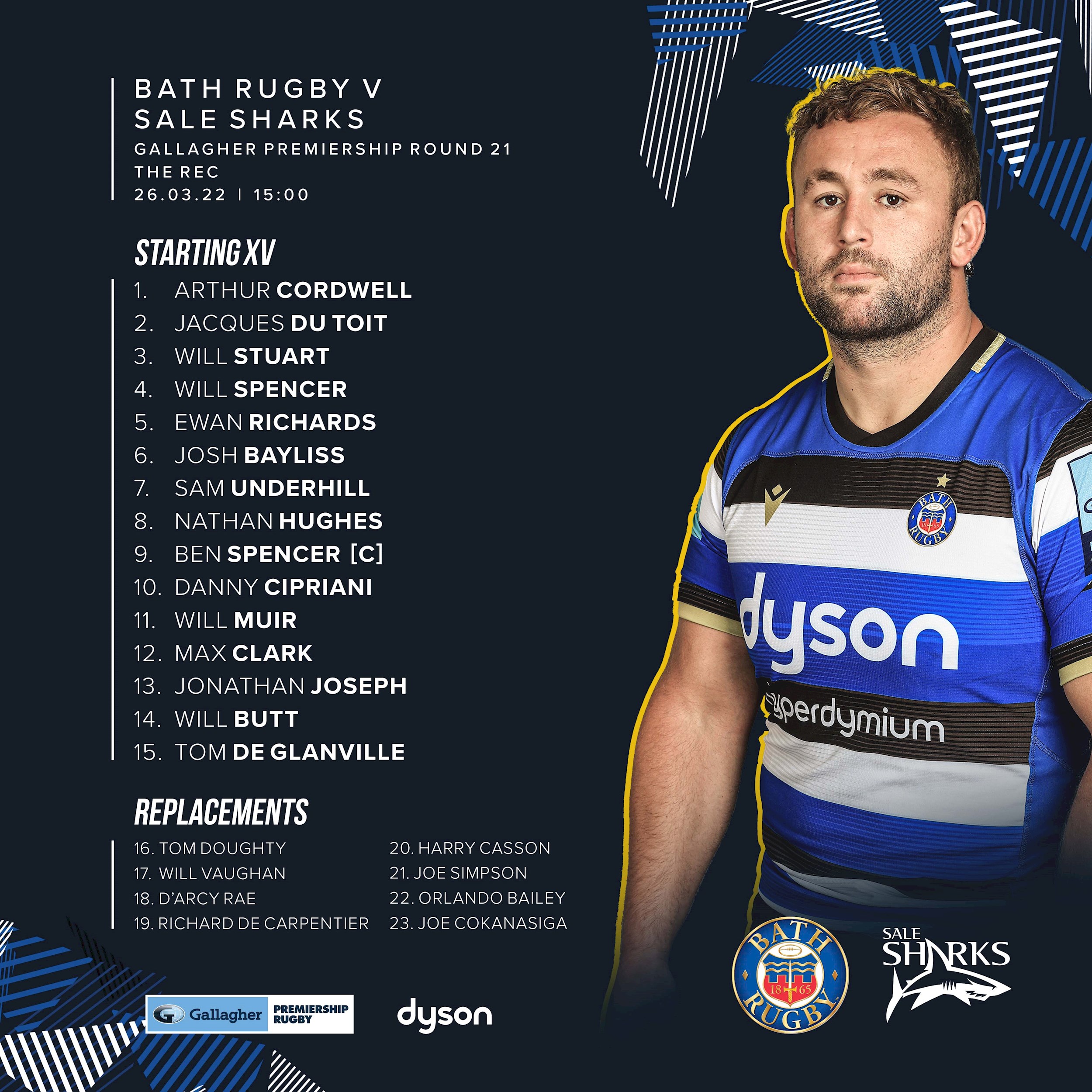