Head Coach Neal Hatley has made four changes to the starting XV for Bath Rugby’s Gallagher Premiership match against Northampton Saints on Saturday.

Miles Reid returns to the back row for the first time since captain the Blue, Black and White to victory against Newcastle Falcons at the end of February.

Joining him in the pack is Mike Williams who locks down next to captain Charlie Ewels. The front row remains consistent for the third game running while Josh Bayliss and Taulupe Faletau retain their spots at blindside flanker and Number 8 respectively.

In the backs, Danny Cipriani comes in for a start at fly-half with Will Muir the other addition to the backline.

Wing Muir lines up in the back three alongside Semesa Rokoduguni and Tom de Glanville. The trio have 15 tries between them this season.

Ben Spencer is named as vice-captain from scrum-half. Max Clark and Jonathan Joseph continue in the centre.

South African back row Jaco Coetzee is back in the 23 for the first time since the home win over Bristol Bears. 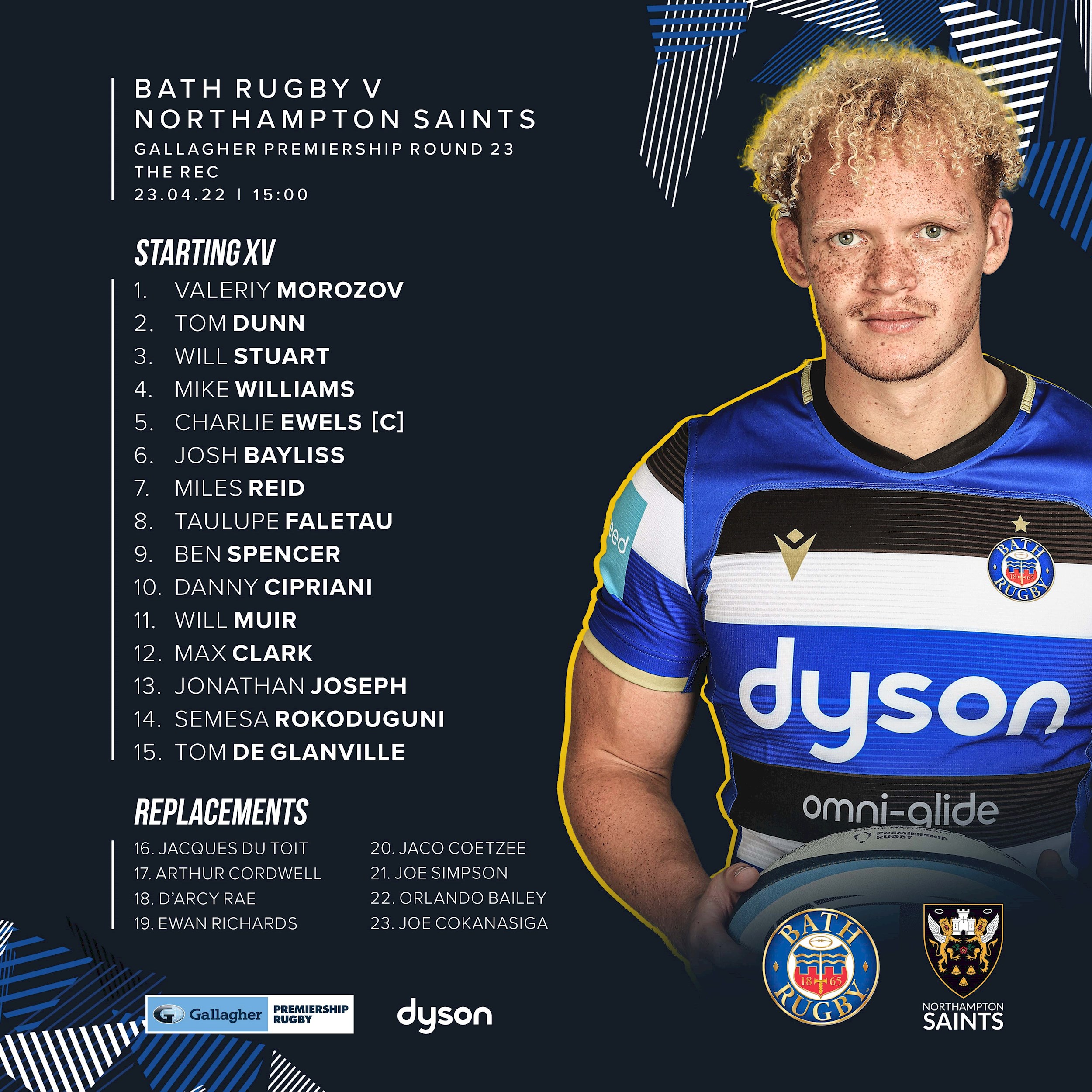