The scrum-half, who has four league caps to his name thus far, featured for an hour in Round 1 and partners Orlando Bailey at half-back, another player promoted from the bench.

The duo are two of three changes from the narrow loss to Sale Sharks with Juan Schoeman coming in at loosehead prop after scoring his first try in Blue, Black and White at the AJ Bell Stadium.

He is joined in the front row by homegrown hooker Tom Dunn and tighthead prop Johannes Jonker who will make his home debut.

A dynamic trio of Miles Reid, Sam Underhill and Josh Bayliss link-up in the back row while Mike Williams and Charlie Ewels continue in the lock positions.

Fan favourite Semesa Rokoduguni will earn his 175th outing in a Bath jersey, nine years following his maiden appearance in the LV= Cup.

The 34-year-old impressed from the wing last weekend, expressing himself with ball in hand alongside Will Muir and Tom de Glanville. The back three combination accumulated 202 metres against Sale.

Max Ojomoh and Jonathan Joseph threatened as a pairing in the midfield and strike up a partnership once more.

On the bench, D’Arcy Rae and Jaco Coetzee could appear at the Rec for the first time while Academy graduate Will Butt could earn his Premiership stripes. 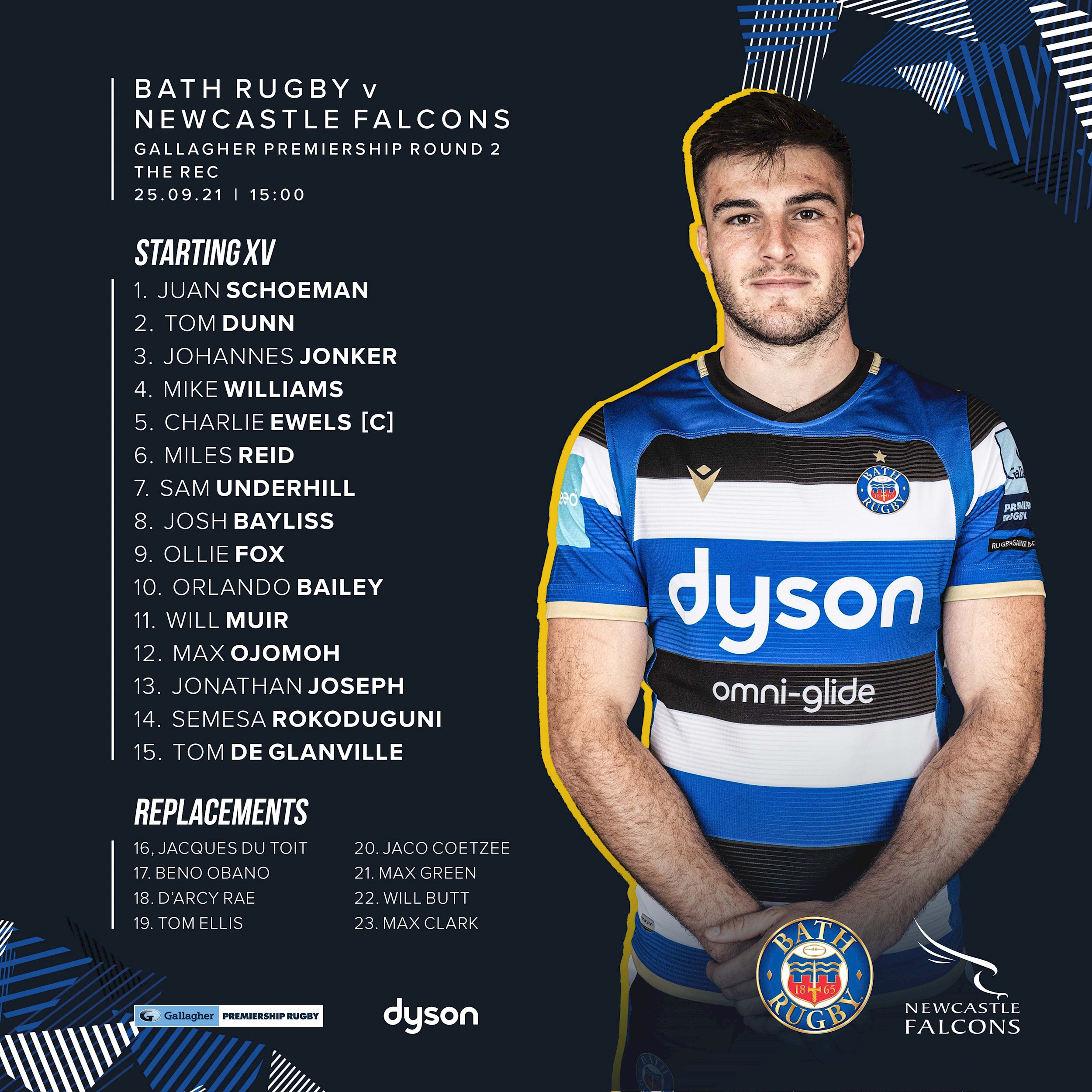