Max Clark, Taulupe Faletau and Semesa Rokoduguni will all start their farewell match at the Rec when Bath Rugby take on London Irish in Round 25 of the Gallagher Premiership.

The trio have 350 Blue, Black and White appearances and will get a rapturous send-off from the Bath faithful on Saturday afternoon.

Homegrown Clark joined the Academy aged 13, debuting for the first team in 2014/15 LV= Cup while Faletau has become a household international name, making over 30 Test appearances for Wales and the British & Irish Lions during his time in Somerset.

Bath legend Rokoduguni, whose departure was confirmed on Thursday, will be hoping to add to his 73 tries for the club.

Prop Valeriy Morozov is also set for his final home outing for the club lining up in the front row alongside tighthead Will Stuart and hooker Tom Doughty, who comes in for his third league start.

Mike Williams and captain Charlie Ewels pack down in the second row while Miles Reid and Sam Underhill complete the pack.

At half-back, Ben Spencer and Orlando Bailey link-up like they have so many times this season with Jonathan Joseph partnering Clark in the midfield.

Tom de Glanville and Joe Cokanasiga take their place in the back three alongside Rokoduguni.

On the bench, Beno Obano is back in contention after seven months out with a knee injury sustained away to Harlequins. 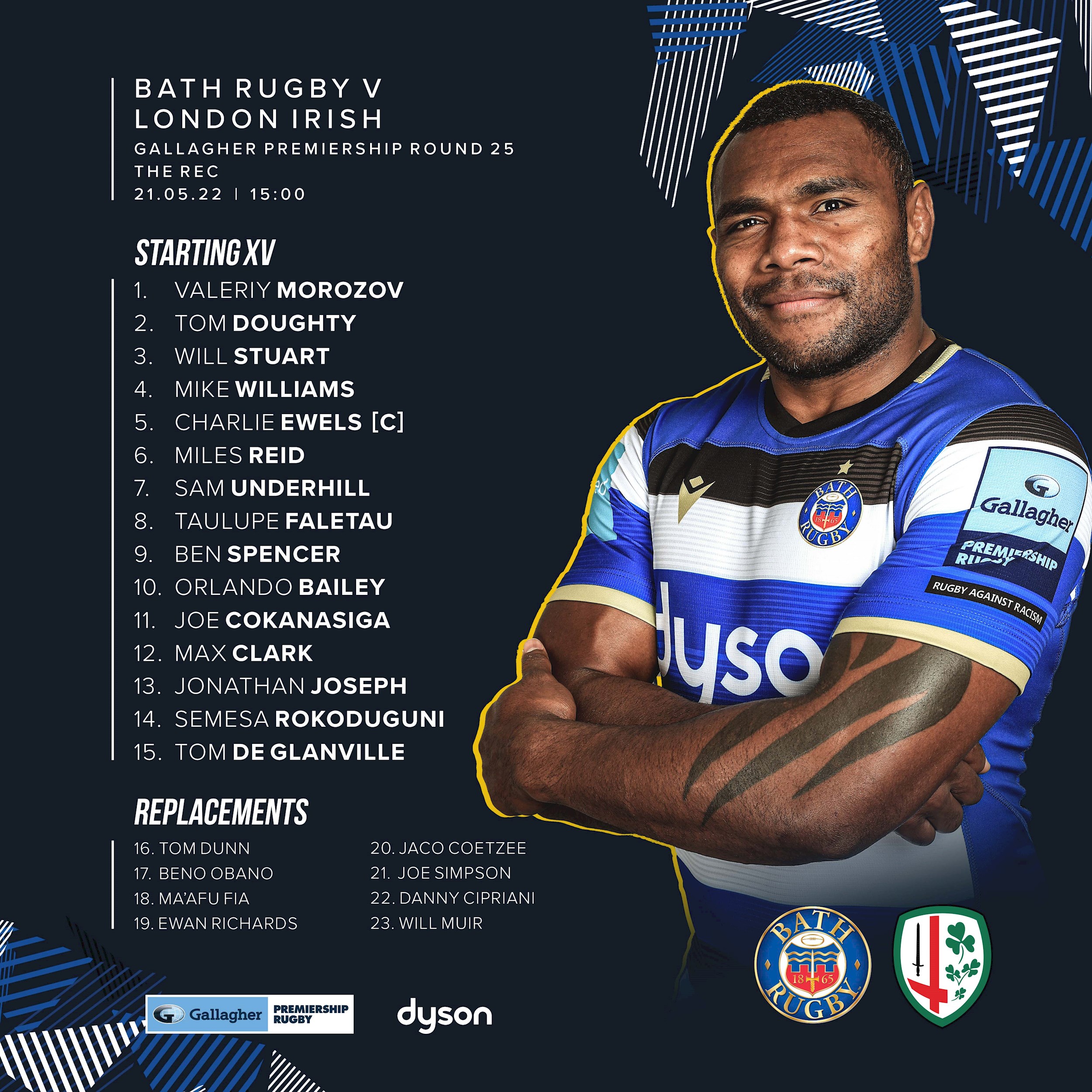