Cordwell to earn European debut for Bath Rugby against Leinster

Arthur Cordwell will earn his first European start when Bath Rugby host Leinster in Round 4 of the Heineken Champions Cup on Saturday (13:00 kick-off).

The Academy graduate, who debuted in the tournament against the Irish province in Round 1, takes the one jersey for seventh appearance in Blue, Black and White.

Starting the other side of the front row, England international Will Stuart returns from the head knock which forced him to miss the trip to France while Jacques du Toit, who showed the pace of a wing in the lead up to Joe Simpson’s try against Stade Rochelais, is promoted to the number two jersey.

Will Spencer also played a key part in the same score, showing his strength to steal possession in a maul and send du Toit on his way. He starts at lock for the first time this season alongside captain Charlie Ewels.

Like Stuart and Ewels, Orlando Bailey received a Six Nations call-up by Eddie Jones in the week. The Academy fly-half is back in the XV ahead of England’s training camp in Brighton which begins on Monday.

Taking his place at 10 at Stade Marcel Deflandre, Cameron Redpath moves to his familiar inside centre position as he prepares for his first match in front of supporters at the Rec.

Elsewhere, Tom Prydie starts on the wing for the second home match in a row while Ruaridh McConnochie continues at full-back following his fourth try in 10 Champions Cup outings.

Bath Rugby side to play Leinster 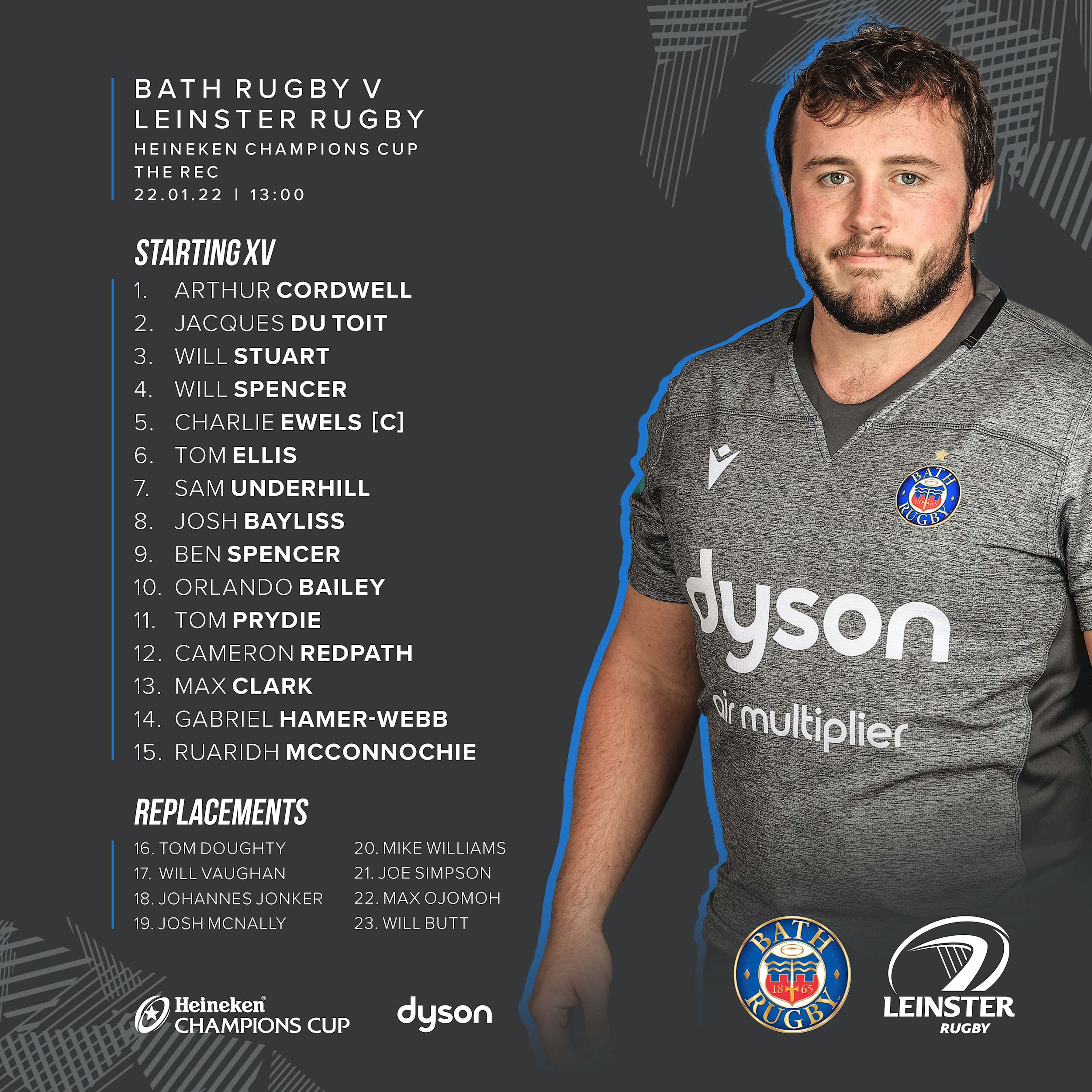