The men in Blue, Black and White will aim to right the previous week’s wrongs as Stuart Hooper makes eight changes for Round 6 of the Gallagher Premiership.

Charlie Ewels will captain the side as they head to The Stoop to face Premiership champions Harlequins.

A physical battle awaits as Beno Obano is retained at loosehead and hooker Jacques du Toit earns his second start of the campaign. The pair are partnered by Will Stuart who remains at tighthead to complete the front row.

Josh McNally will line up in the second row alongside skipper Charlie Ewels, and Tom Ellis comes into the pack at blindside flanker. He replaces Miles Reid, who is undergoing the Graduated Return to Play concussion protocols.

Sam Underhill is set for his fifth start of the campaign alongside starting debutant and dominant ball carrier Jaco Coetzee who replaces Josh Bayliss as he rests following a minor soft tissue injury.

Experienced scrum-half Joe Simpson will wear the Blue, Black and White jersey for the first time two weeks after joining on an initial three-month loan. Simpson will partner with homegrown fly-half Orlando Bailey who is tasked with opening proceedings at The Stoop.

Jonathan Joseph retains his starting place at centre and links up with Max Clark in the midfield.

The widespread news of Anthony Watson's ACL rupture affects change on the wing as Club stalwart Semesa Rokoduguni returns to the starting XV. He will join up with Ruaridh McConnochie and Tom de Glanville to complete the back three.

Ollie Fox and Danny Cipriani combine as finishers, with both named as replacements alongside Gabriel Hamer-Webb. The wing steps in for Will Muir who has a minor soft tissue injury. Lewis Boyce, D’Arcy Rae and Mike Williams hold on to their places on the bench and are joined by replacement hooker Tom Dunn. Finally, Richard de Carpentier will make his debut if he comes on against his former side to complete the line-up. 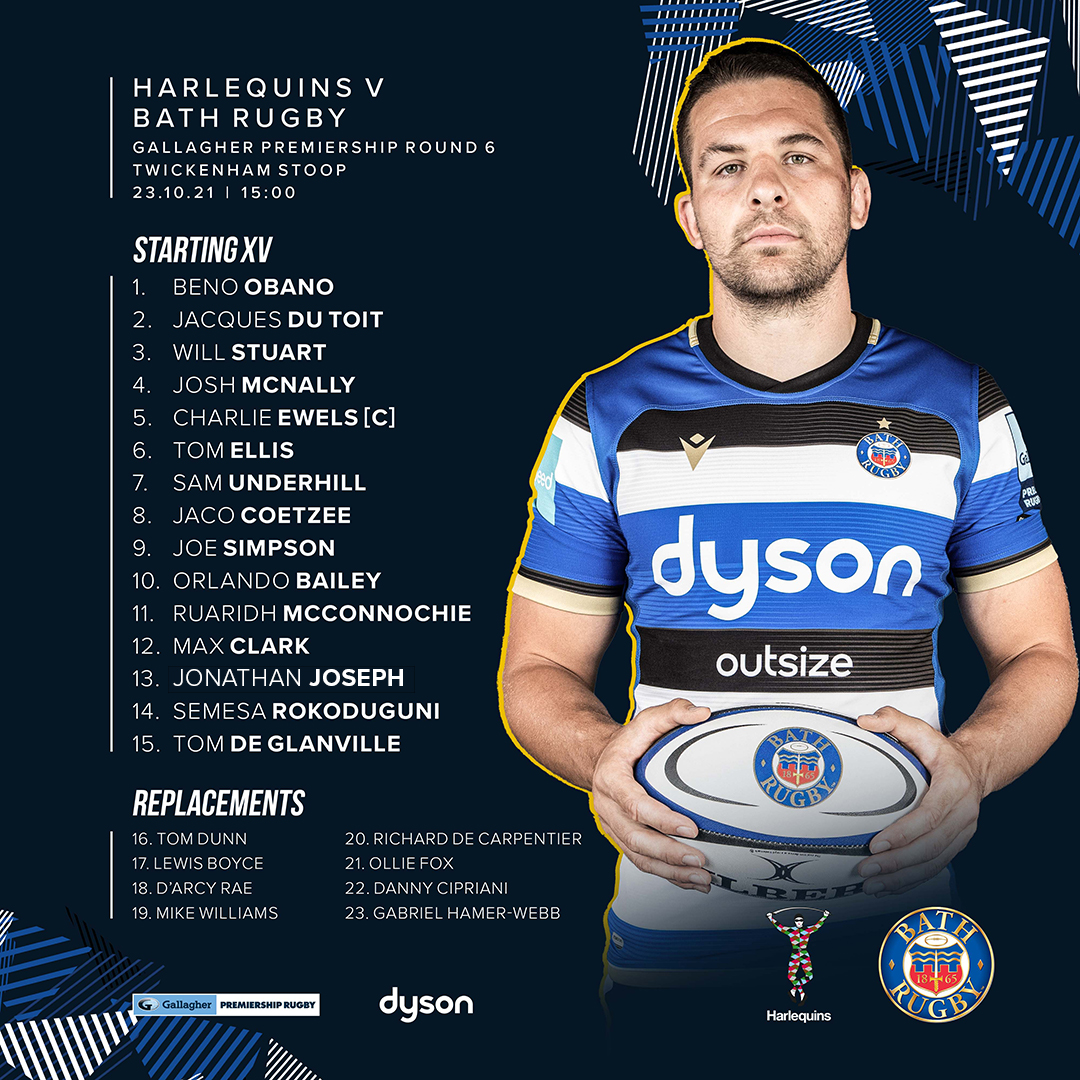