The 30-year-old debuted in a 21-0 away win over Newcastle Falcons in 2013 and has been a key member of the Bath backline ever since, earning England and British & Irish Lions honours.

On that cold, rainy day at Kingston Park, Semesa Rokoduguni was also in the starting XV and he returns to mark Joseph’s milestone, taking his place at full-back with Gabriel Hamer-Webb and Will Muir on the wings.

A position he played for the best of an hour at Northampton Saints in December, Academy centre Max Ojomoh stands in at fly-half due to the unavailability of Orlando Bailey (international duty), Danny Cipriani, Tian Schoeman and Tom de Glanville (all injured).

There is a lot of experience inside him with Ben Spencer continuing at scrum-half while Cameron Redpath will be hoping to impress from inside centre ahead of a potential Calcutta Cup clash with England next week.

Nathan Hughes adds size and power to the pack after arriving from Bristol Bears on a short-term loan in the week. The Number 8 boasts a considerable amount of experience and joins Tom Ellis and Ewan Richards in the back row.

Josh McNally will captain the side from lock alongside Mike Williams and D’Arcy Rae is back at tighthead for the Blue, Black and White.

On the bench, Jaco Coetzee has recovered from his injury sustained back in November while Kieran Verden is also named in the 23 after some game time with Hartpury. 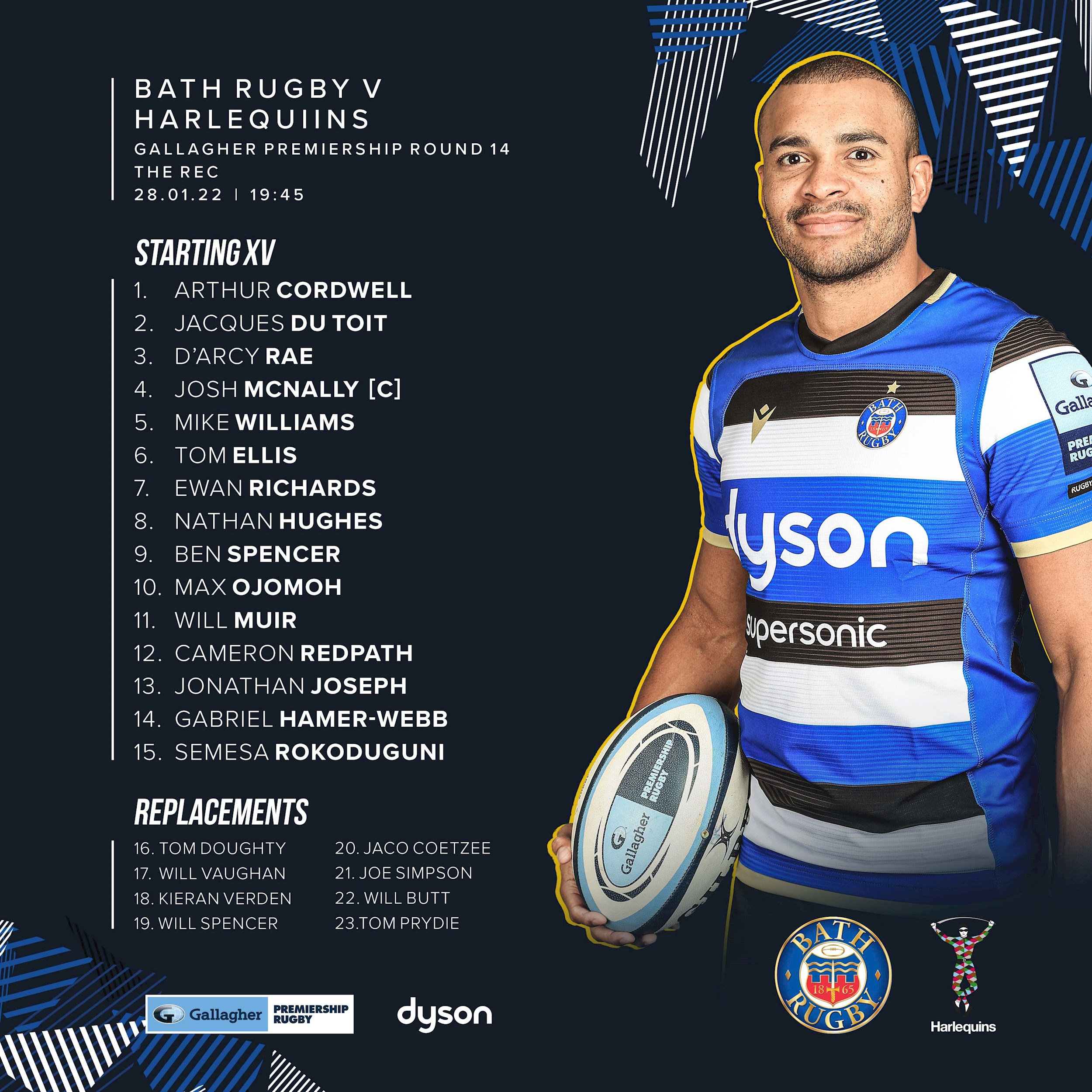