Cokanasiga one of four Bath Rugby changes for visit of Harlequins

The England wing, whose inclusion sees Matt Gallagher switch to full-back, is one of four changes to the starting XV that began the last-gasp win over Leicester Tigers in Round 10.

Cameron Redpath returns to inside centre, with Ollie Lawrence moving back to the 13 jersey, while fellow Scotland international Josh Bayliss comes in at Number 8.

After featuring in the Premiership Rugby Cup last weekend, Dave Attwood retains his place in the second row after missing league games with Newcastle Falcons and Leicester Tigers due to suspension.

Captain Ben Spencer continues at scrum-half and Orlando Bailey is at fly-half. Try-scoring hero against Leicester Will Butt takes the final space in the backline.

In the pack, Valeriy Morozov, Tom Dunn and D’Arcy Rae form the front row and Fergus Lee-Warner is at lock alongside Attwood.

RPA 15 Under 23 MVP of November nominee Ted Hill and Miles Reid join Bayliss in the back row at blindside and openside flanker respectively.

On the bench, Will Spencer is back in the matchday 23 and will make his 50th Bath appearance when he enters the field. 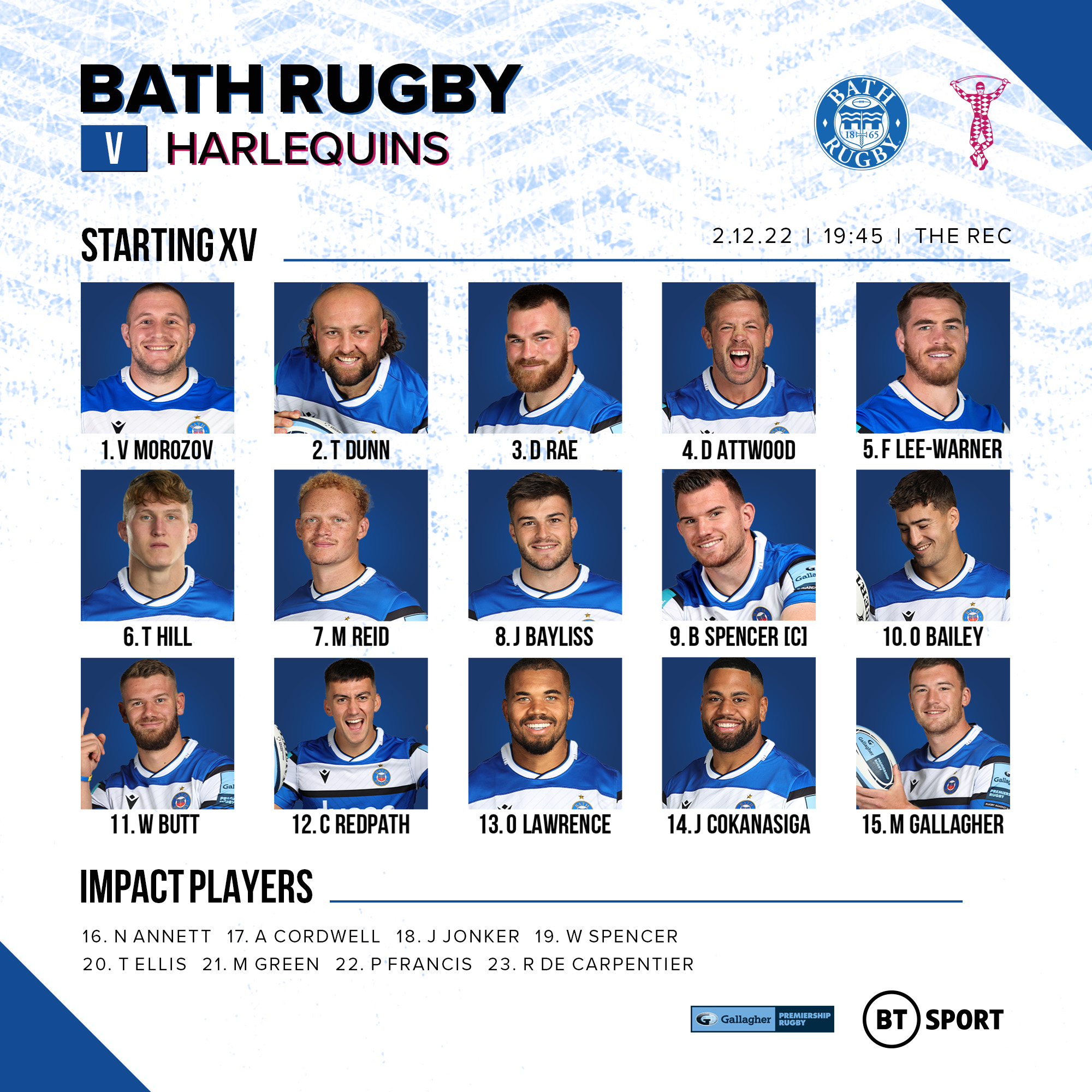