Sam Underhill returns to the pack for Bath Rugby’s festive West Country derby against Gloucester in Round 11 of the Gallagher Premiership.

The England flanker, who had a mandatory rest when the Blue, Black and Whites travelled to Leinster a fortnight ago, was set to line up in the back row against Stade Rochelais last weekend before the game’s postponement.

He takes the Number 8 shirt in Josh Bayliss’ absence with Mike Williams coming in at openside flanker and Tom Ellis retaining the six jersey.

Captain Charlie Ewels and prop Will Stuart were set for their obligatory rest in Round 2 of the Heineken Champions Cup because of their autumn involvement with England and are free to play.

Ruaridh McConnochie and Jonathan Joseph are involved for the first time since the end of November in an otherwise unchanged backline from the European match in Dublin.

The latter joins Tom de Glanville and Semesa Rokoduguni in the back three and Joseph is partnered by Ojomoh in the midfield. Ben Spencer and Orlando Bailey continue at nine and 10 respectively. 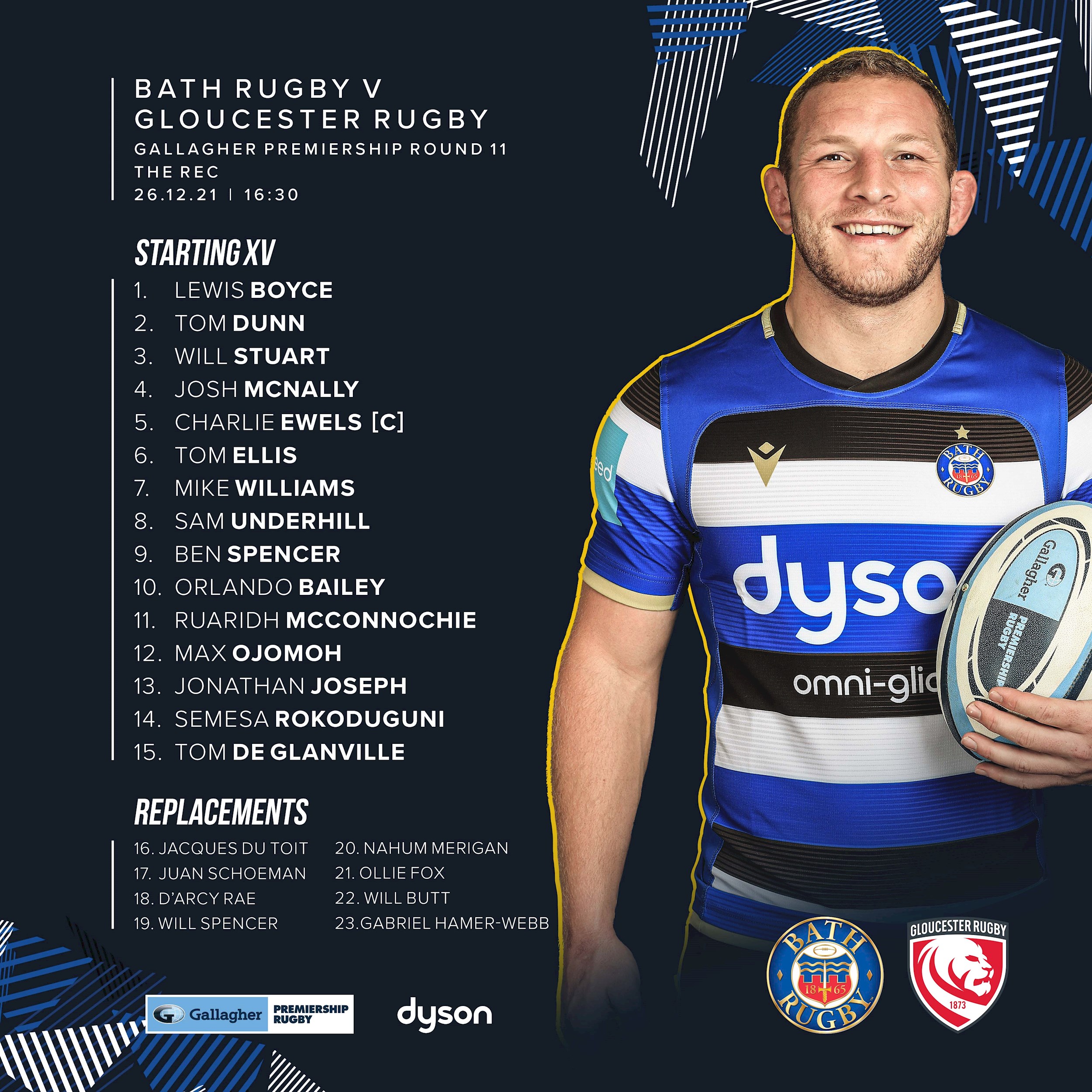