Ben Spencer will make his long-awaited return to the Bath Rugby starting XV when Exeter Chiefs visit the Rec on Friday night.

The scrum-half’s only minutes of the season thus far came on the opening day at Sale Sharks where he sustained a hamstring injury.

The return of his on-field leadership coincides with a quarter of players available following international duty. Charlie Ewels comes back in to captain the side and fellow England forwards Will Stuart and Sam Underhill are named at tighthead prop and openside flanker, respectively.

Josh Bayliss earned his Scotland debut in the Autumn and combines with Underhill and Miles Reid in the back row.

Elsewhere in the pack, Lewis Boyce is back from a short-term injury with Tom Dunn and Josh McNally retaining starting Premiership roles.

Tom de Glanville is another to have recovered from injury to start in a back three alongside Will Muir and Semesa Rokoduguni. 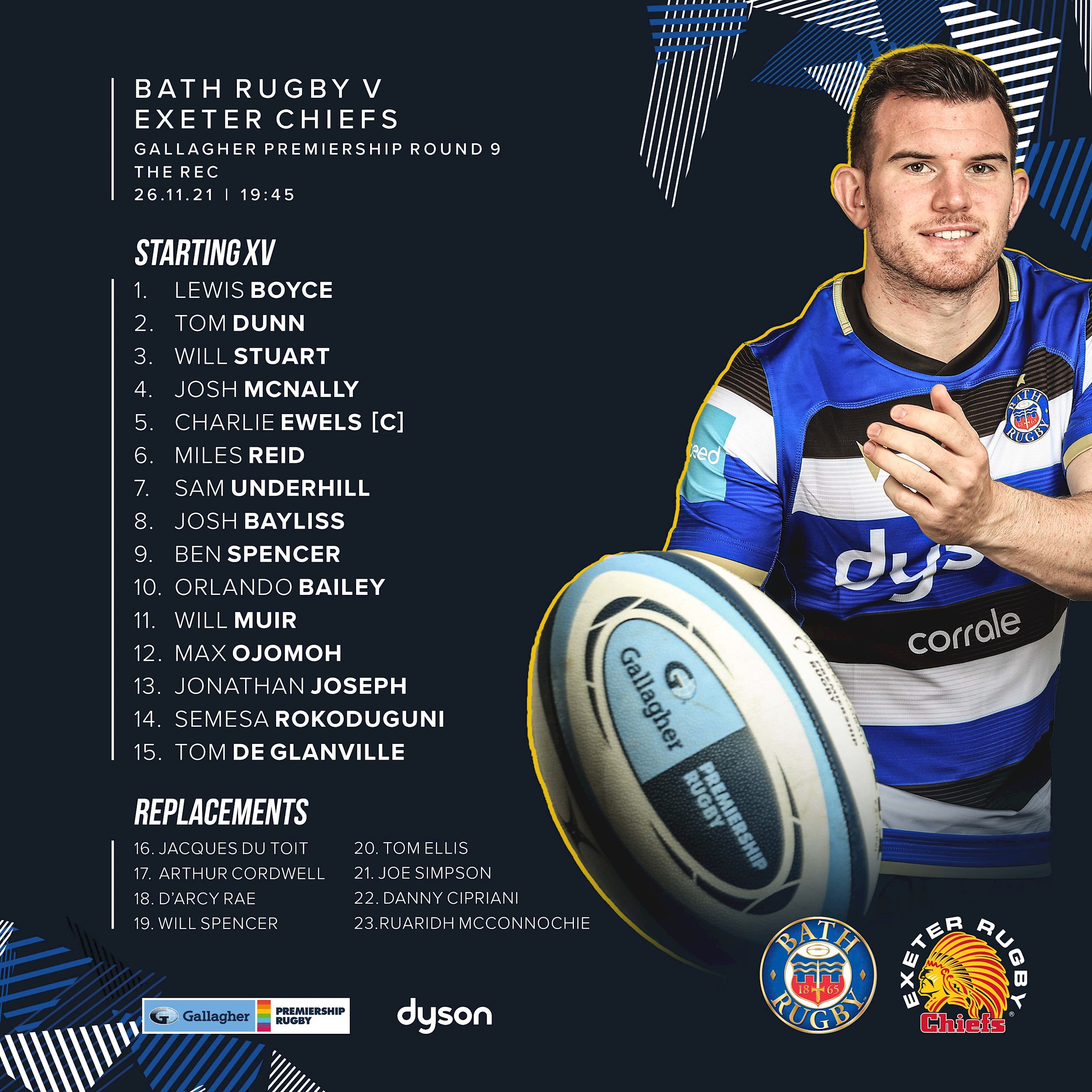