Fullback Tom de Glanville slips back into Blue, Black and White as Bath Rugby take on the Barbarians this weekend.

Returning from injury, de Glanville has been missing since September after sustaining a complex hamstring injury.

Also back in the starting XV is Josh Bayliss having been released from international duty with Scotland.

Bayliss will pack down as blindside flanker, swapping places with Ted Hill on the bench.

Locking in in the second row is Fergus Lee-Warner who has had a sterling start at Bath Rugby since signing from Worcester Warriors. Versatile forward Tom Ellis will don the number 5 jersey.

Bath's backline features the nifty left boot of Matt Gallagher and Will Butt, still high off his match-winning heroics in the dying seconds of last week's game.

Also coming off the bench, Quinn Roux will become one of the few players to play for the Barbarians as well as against them.

Van Graan opts for a five-three split with young Tom Carr-Smith providing half-back support and Ollie Lawrence and Joe Cokanasiga offering their power and speed, with the latter coming back from international duty.

bath rugby side to face barbarians 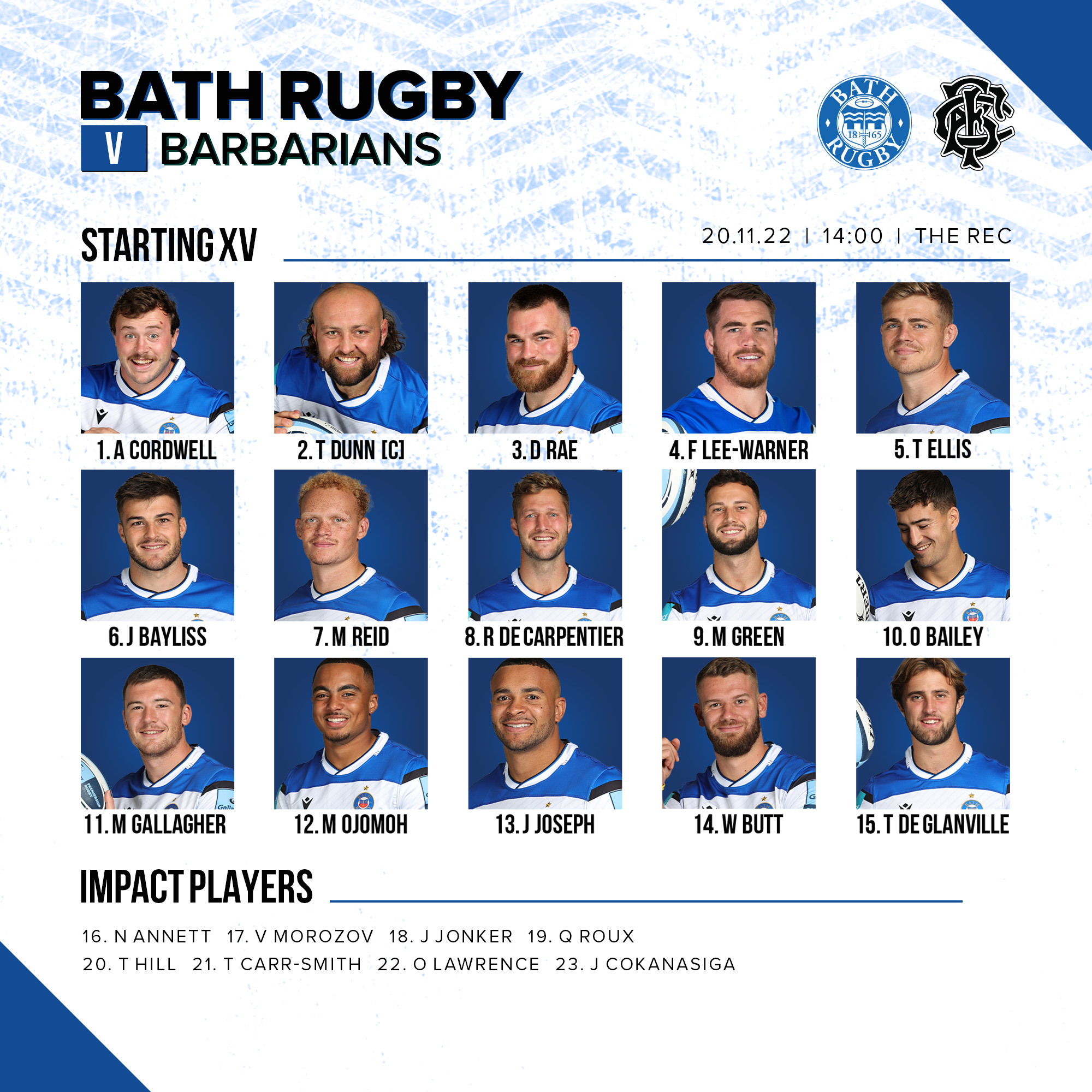 Tickets for this historic clash are still available. The occasion promises to be an action-packed day out for all the family. Secure your seat and witness history as Bath Rugby take on the Barbarians.