The double header is just one of a number of positives to come from the blossoming relationship since Bath Rugby pledged its commitment to grow the women and girls’ game within the region.

Nine of the starting XV featured back in October when John Gould’s side defeated Supermarine Ladies in front of a 3,000-strong crowd with a further 3,000 watching via live stream.

Last weekend, Bath Rugby Ladies earned a bonus-point win over Blackheath to keep in touch with the top two in Championship South 1.

Six changes have been made to the side that began that match with tighthead prop Trish Brown returning – she was one of six try scorers against Supermarine. Megan Wynne, another to score that day, remains at loosehead with Hannah Stephens switching to hooker.

Kathryn Hyland is promoted to the second row alongside former Bristol Bears and Exeter Chiefs lock Clea Fawcett while Megan Barwick, who was recently called up by England Under-20s, is in the back row alongside Ellen Witt and Robyn Price.

Experienced back Sarah Holloway is back in the 10 jersey outside Emily Codd and the fly-half’s inclusion sees Anya Small move to inside centre with Rebecca Wye also in the midfield.

Bath Rugby Schools Coordinator Hannah Meek is named on the wing in a back three containing Lucy Peters and Holly Edmonds – both crossed for tries at the Rec in October.

Fans can watch the game for FREE in person following the men’s fixture with Sale Sharks (15:00 kick-off) with the link to sign up for free tickets below*.

Furthermore, the match will be live streamed on Bath Rugby’s YouTube channel.

*Bath Rugby v Sale Sharks ticket holders do not need to register for the additional game. Your ticket provides access to both. 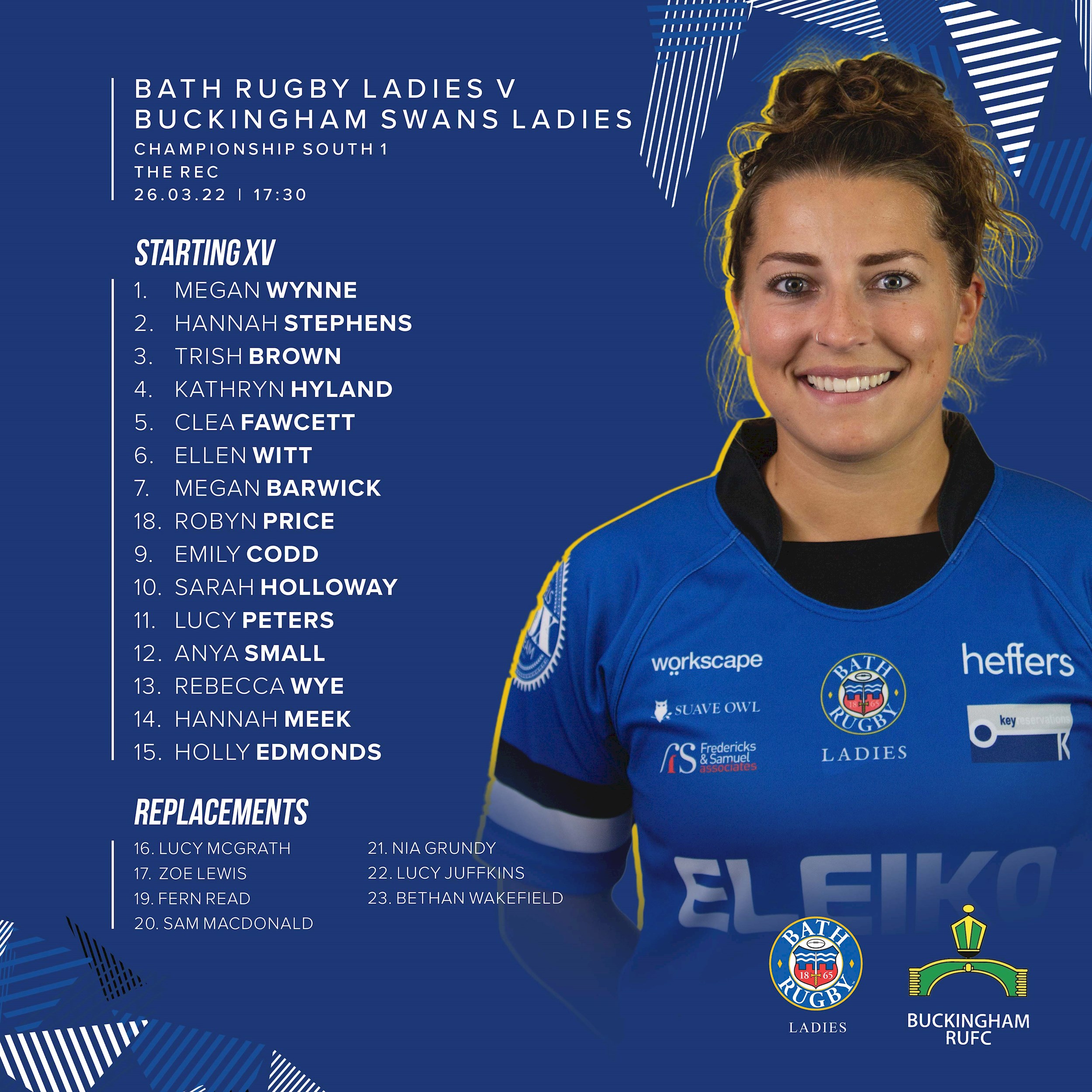