It was a weekend to remember for Bath Rugby Women’s debut Bournemouth Sevens tournament.

Skippered by Bath RFC Ladies’ Megan Barwick, the team put in their best performance to date, reaching the top four in most hotly anticipated Sevens festival on the calendar.

“We took our experiences from the last tournaments and saw our performances level up," she said.

"Everyone was buzzing to be in the top four, even if the result didn’t go our way.

“I just want to give special mention to (Jenny Hesketh) for scoring her own tries as well as assisting, all on her Bath debut.”

Facing a tough Hammerheads side in the first round, who went on to win the competition, Bath suffered multiple injuries to some of their most experienced players. Their resilience however, saw them bounce back from a try-less match to take on the Colorado Titans – but with a twist.

Travel difficulties for the Titans meant sportsmanship and camaraderie came shining through with some of the Blue, Black and White squad offering themselves on loan to ensure the match could go ahead on the main pitch.

Alicia Sutcliffe put in a stellar performance scoring two tries, albeit for the Titans, but showed why she is the top try scorer in her North Bristol league.

Tries from dynamic Liv Taylor, versatile debutant Jenny Hesketh and experienced player Rebecca Wye allowed Bath to get the foothold in the game. Chloe Williams also scored on her debut adding to team’s six tries in total and showing why they belong on the elite Women’s Sevens circuit.

A 38-14 win was defaulted to a 25-0 win due to the Titans being unable to field a team of their own players, putting Bath Women through to day two to compete in the quarter-finals.

Taking on Hearts and Ball MD, a string of tries from Rebecca Lacey, captain Barwick and debutant Hesketh saw Anya Small putting boot to ball to score three from three. A 21-12 win put Bath into the top four to take on the Hammerheads once again.

It wasn’t meant to be for Bath on this occasion, fronting up against an experienced and dominant opposition seeing the semi-final end in a 38-7 defeat for the Blue, Black and Whites.

POL ROGER PLAYER OF THE TOURNAMENT 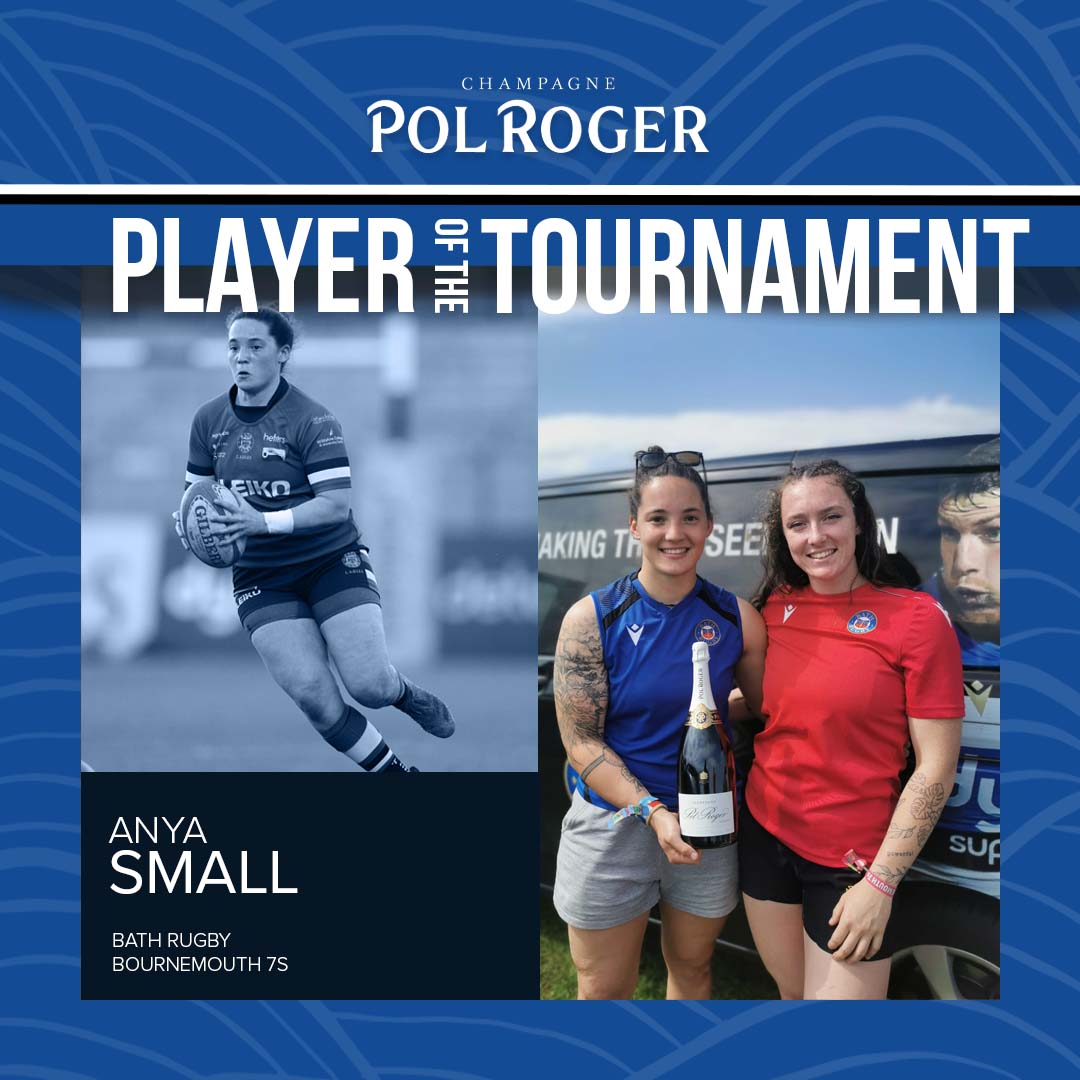 Small was named Pol Roger Player of the Tournament after achieving a 100% kicking rate, as well as playing every minute of every game.

Head Coach Maria Crowfoot said she was 'really pleased with the way some of the players stepped up' and is proud of how the girls raised the bar.

“Rebecca Lacey pulled the strings well as playmaker and Chloe Williams added physicality and pace to the midfield.

“We needed to find our form and confidence at Bournemouth and I truly believe we did that. I’m really pleased with the progress of the core squad and look forward to expanding the talent for our next two legs of the Super Sevens Series.”

Bath Rugby Women head to Stafford this coming weekend and will finish their elite tournament run at Aldershot on the 25th June.