It was something of a rite of passage for young players destined to be some of the biggest names in Bath Rugby history, including future British & Irish Lions David Sole, Ben Clarke and Mike Catt.

As fresh-faced recruits to Jack Rowell’s squad they would drag themselves out of bed in the early hours to sort and stack newspapers or to get down and dirty on Malcolm Pearce’s dairy farm at Chelwood in North Somerset.

Seasoned campaigners such as Gareth Chilcott also benefited. ‘Cooch’ was employed on various security jobs within Malcolm’s diverse business interests and learned of his selection for the 1989 Lions tour to Australia with his ear to the radio in the boss’s office.

Malcolm, who watched his first game on the Rec at the age of five, was building a sizeable and varied business portfolio when Rowell arrived at the Rec in 1978.

So when Malcom’s death was announced last month at the age of 83, Rowell was one of the first to pay tribute, lauding him as a ‘linchpin’ of the club.

Malcolm may have operated behind the scenes but it was a pivotal role. When new recruits needed jobs to pay for a roof over their heads and for food and the odd pint or three, he was the go-to man.

Sole, later to be Scotland’s 1990 Grand Slam skipper, was employed first as a farmhand mucking out the byres and bedding down the cattle. He progressed to collecting the milk and delivering it to the dairy while Clarke, star of the ’93 Lions in New Zealand, was entrusted with actually milking the cows.

Catt, now assistant coach with Ireland, underlined in his autobiography ‘Landing on My Feet’ what a crucial part Malcolm played in his early, precarious months after arriving in England from South Africa.

“I was one of ten Bath players he employed. I was involved in his newspaper business, going in to work at two o’clock and stacking papers for six hours before climbing into a van and going round the city delivering them. Later I was ‘promoted’ to working behind the till at his newsagents. I had it relatively easy. Ben Clarke worked at Malcom’s dairy and had to go and milk the cows at five o’clock in the morning.

“Malcolm paid me £8,000 a year at a time when money was hard to come by. He made my life a lot easier at a critical stage of my career.

"I was able to train and devote myself to rugby, knowing that I had his full support. He gave us all so much time off. He was the heart and soul of Bath RFC, so passionate about the club.” 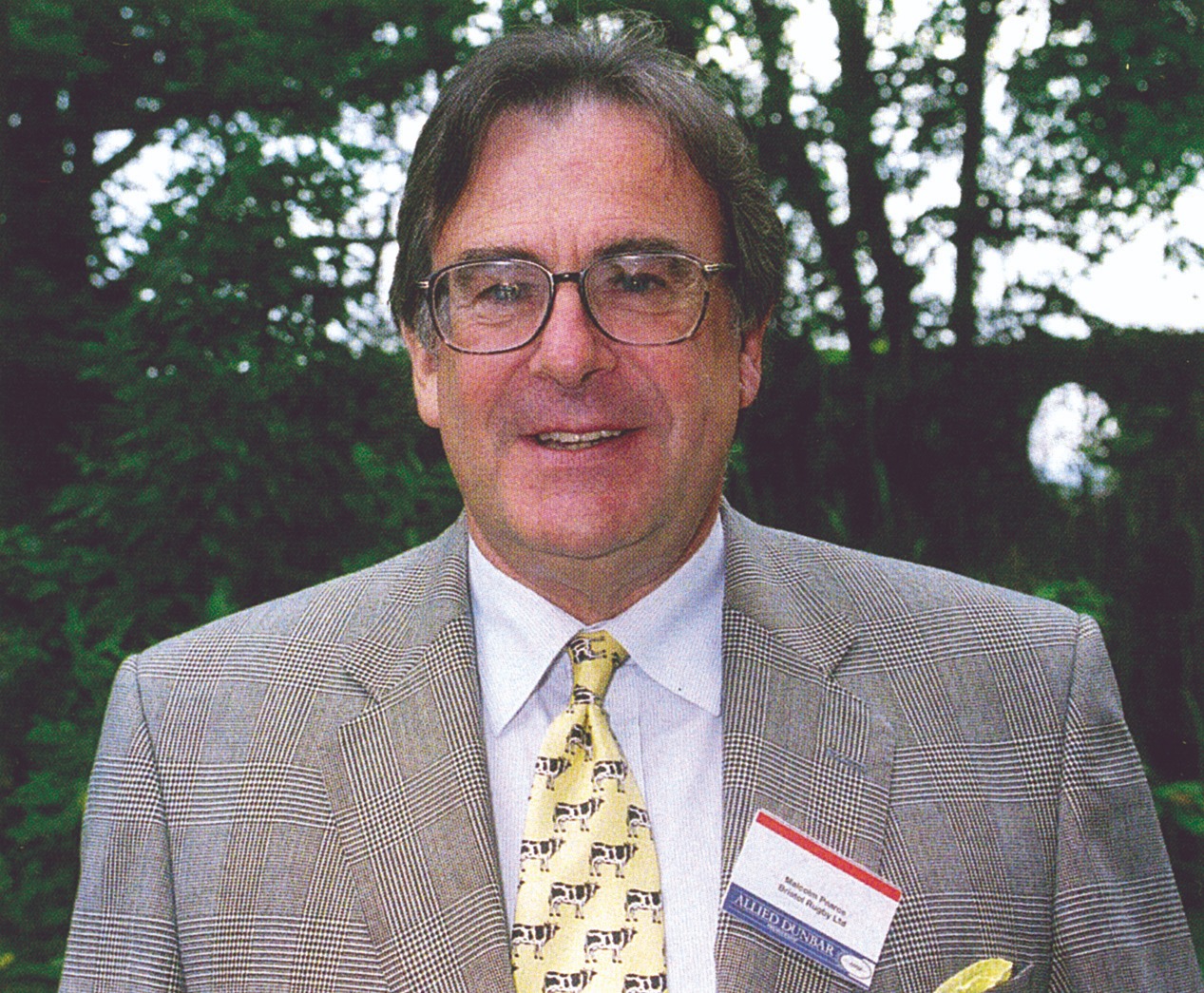 It was working with Malcolm that also sparked Chilcott’s own entrepreneurial ambitions, initially with a chauffeuring service. ‘Cooch’ is now the successful owner of rugby and sports tours operator Venatour and also a regular radio and T broadcaster.

The jobs were anything but cushy but it wasn’t all milk and muck.

Truro-born Martin, a fullback who arrived in Bath as a teenager, made 172 appearances over eight seasons from 1980 and was capped four times by England. Having a head for figures and a being bit of whizz on computers, he was accommodated within Malcom’s accounts office and used the opportunity to forge a professional career.

Stuart Barnes, who was captain for three seasons from 1988, also found himself a job counting other people’s money, as manager of the newly opened Bath branch of the Stroud & Swindon Building Society.

Although not dependent himself on Malcolm Pearce for employment, they met regularly for lunch in the nearby Beaujolais bistro (now of fond memory since owners Jean-Pierre and Carey Auge retired in 2013).

Barnes, these days a rugby correspondent with The Times, recalls: “Everyone knew Malcolm but I got to know him better when I was at the building society.

"The Beaujolais where he lunched became my second office. He and his mates made sure a fair bit of business went my way and we laughed a great deal and became mates. I can still hear that laugh now and the customary loud greeting ‘Barneseeee!’ … as if I’d done something wrong.

“With the size and variety of his business interests, he was absolutely central to Bath rugby."

For those who know only of rugby in the professional era, it must be mystifying how amateur players managed to find and hold down jobs given the growing demands of top-class rugby, especially for those with international ambitions.

In that golden period of 15 years or so before the game was declared ‘open’ in 1996, Bath won everything there was to win. It was achieved through unrivalled innovation in recruitment, coaching, training and preparation, a hard-headed approach to winning and a deeply embedded team ethic.

But as a city of barely 80,000 people, Bath could not rival London and other centres of commerce and industry for job prospects.

Barnes adds: “For example, when Simon Halliday left us to join Harlequins, there was nothing we could do about that. He was offered a much bigger job in the City, with much greater potential. Harlequins didn’t offer money but they could provide very good jobs.

“Malcolm would be the first to admit that the posts he offered were not that lucrative. We couldn’t match those sort of salaries, but we could offer opportunities.”

Just as importantly, Malcolm would not turn a hair if a player needed three weeks off to tour the Far East with Bath, as they did in 1988 – and it was not taken from holiday entitlement. Trips up north would often entail a Friday lunchtime departure by coach from the Rec. That was also part of the understanding, as were inevitable physio and rehab sessions.

Barnes continues: “If you think about Cooch, Sole and Ubogu as front rowers, Ben Clarke as a Lions back row, Martin as full-back in the early days, Fallon as a finisher on the left wing in the double-winning season of ’92… If those blokes aren’t there, because they didn’t have the opportunity to work, Bath looks a very different team.

“It was all about Malcolm’s love for the club and his generosity.”