Miles Reid believes Bath Rugby’s ability to build their energy at Newcastle Falcons was a major contributing factor in their bonus-point win.

Tries from Ewan Richards, Lewis Boyce and Joe Cokanasiga (2), as well as Danny Cipriani’s boot, helped the Blue, Black and Whites to their first five-point victory of the campaign.

“It was a tough first half and we spoke about needing to up that level, up it again and we came through.

“We spoke about moment to moment, staying in the moment and working to the next one and getting the job done. We needed to be accurate and have intent with what we were doing and that’s all you can ask for. That’s the messages we gave, and it was about building the energy which is what we did.

“I’m really proud of the boys.” 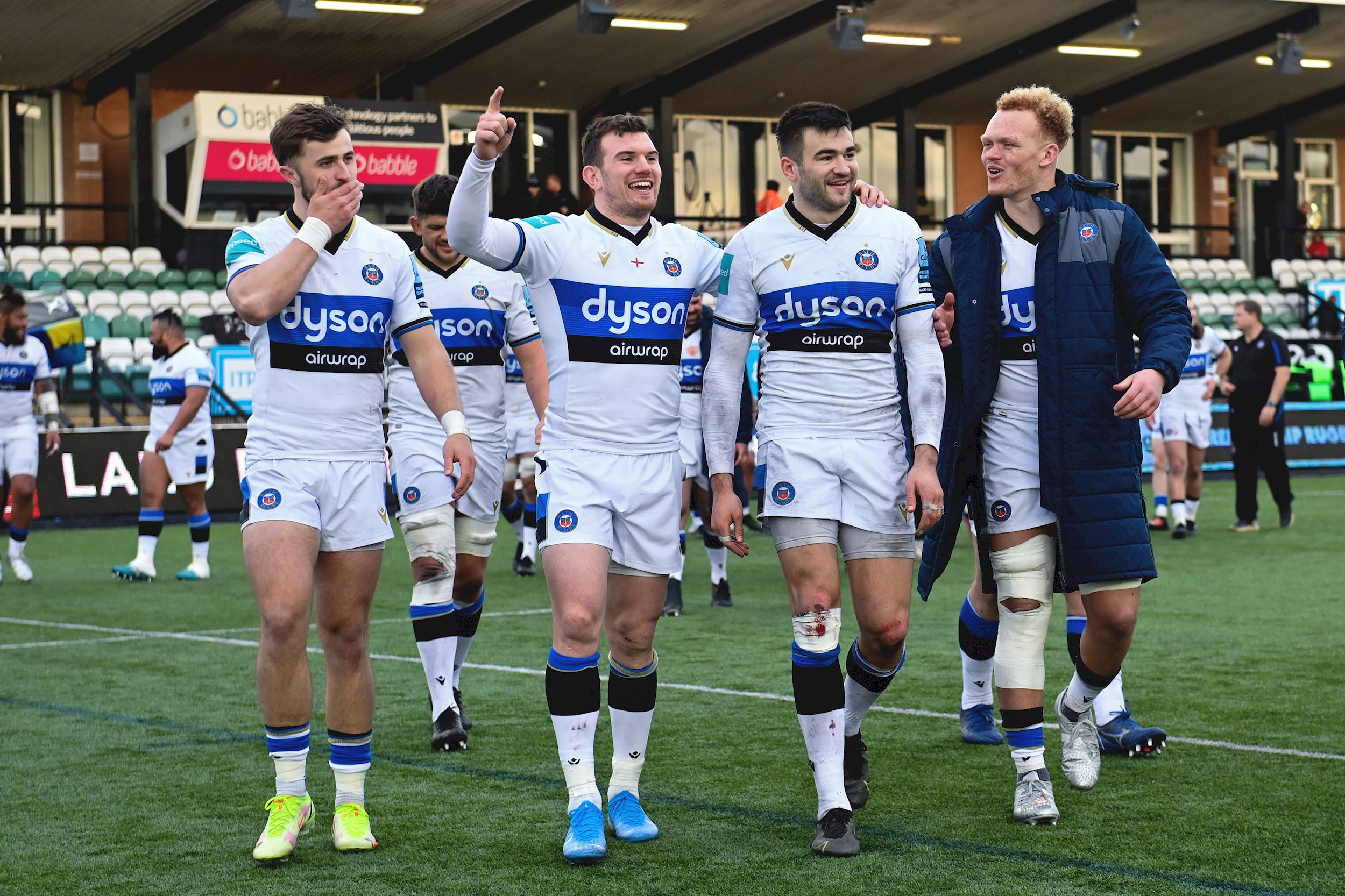 That pride was reciprocated by the rest of the squad, the Bath supporters and Reid’s family and friends as the 23-year-old captained his hometown club for the first time on his return from injury.

The flanker said he was shocked to have been selected to lead the team by Head Coach Neal Hatley but insists it’s a moment he won’t forget.

“It was a bit of a shock. I was coming into to start straight away and then got the call from Hats to say he wanted me to captain the side.

“It was massively proud moment for me and my family, and to lead these boys out was just so special and I won’t forget that moment.”