The Blue, Black and Whites scored five tries in total, the final of which from Tom de Glanville secured victory in dramatic fashion as he crossed in the 85th minute.

Homegrown Academy lock Richards was in sensational form on what was his first senior meeting with Bears, earning the Pol Roger Performance of the Match award for his display for his club.

“It was my first Bristol-Bath game, a derby at the Rec and there’s no better feeling!” he said.

“I just love playing for the club, playing for the shirt and to see some recognition at the end like that is special and I think my family will be pretty happy as well.” 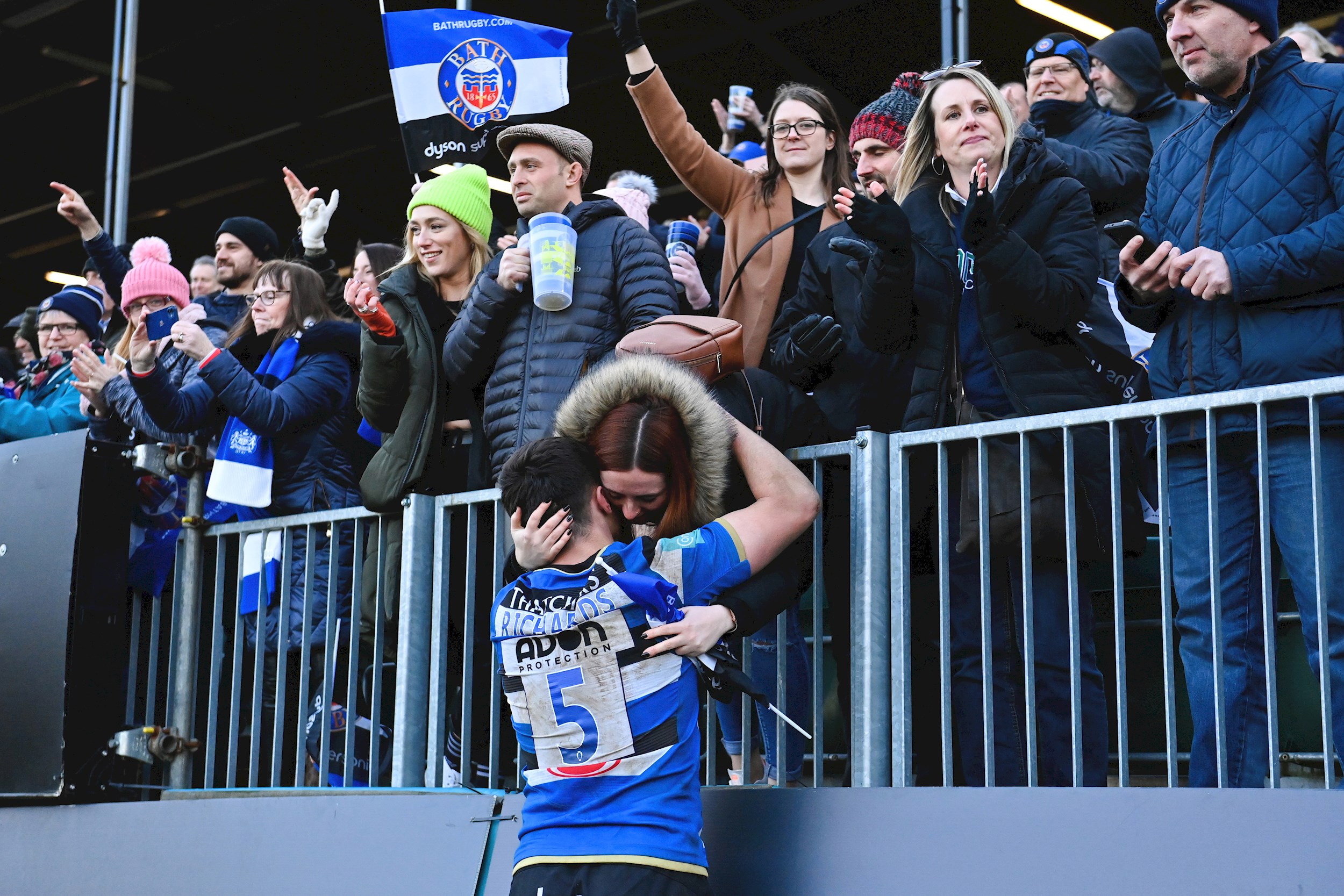 Bath needed to show resilience after falling behind 21-0 in the first half before Semesa Rokoduguni’s score began the fightback.

The second half saw Jonathan Joseph, Taulupe Faletau and Joe Cokanasiga lock in the try bonus with the latter’s finish levelling the game.

Callum Sheedy’s kick had Bristol back in front in the closing stages but a relentless effort resulted in de Glanville sending the Rec into pandemonium.

“They were on fire and turned up with a good attitude,” Richards commented on Bristol’s fast start.

“I don’t we were switched on. We didn’t stick to our plan and that let us down in the first 20-30 minutes.

“We said (at half-time) if we stopped their driving threat, stuck to our game plan, stuck to the way we play our systems then we knew it would have a positive outcome in the end.

“We’re all willing to dig deep and work hard for each other and that’s how it should be; we should be one collective and if someone makes a mistake, we bounce back.

“We showed that with the team tries we scored and we’re sort of on cloud nine right now. It wasn’t the most perfect performance but we showed at the end of the first half and throughout the second half that we can play rugby and if we stick to our systems we can get the job done.”