Reaction: I work hard in the week for these sorts of moments - Bailey

Orlando Bailey believes Bath Rugby’s win over Worcester Warriors is a ‘monkey off the back’ and the group can now push on.

The Academy fly-half kicked a late penalty to clinch the Blue, Black and White’s first victory of the campaign, adding to tries from Semesa Rokoduguni, Max Ojomoh and Tom de Glanville.

“We didn’t play our best rugby at times, but we stuck in there and found a way to win and that’s the key. It means so much to us.

“We’ve had some close games like Bristol away and Exeter at the Rec where we were so close to winning and played some really good rugby, but it hadn’t come off. We can build from here and keep pushing on now as we’re training well and I’m sure this will give us more belief.” 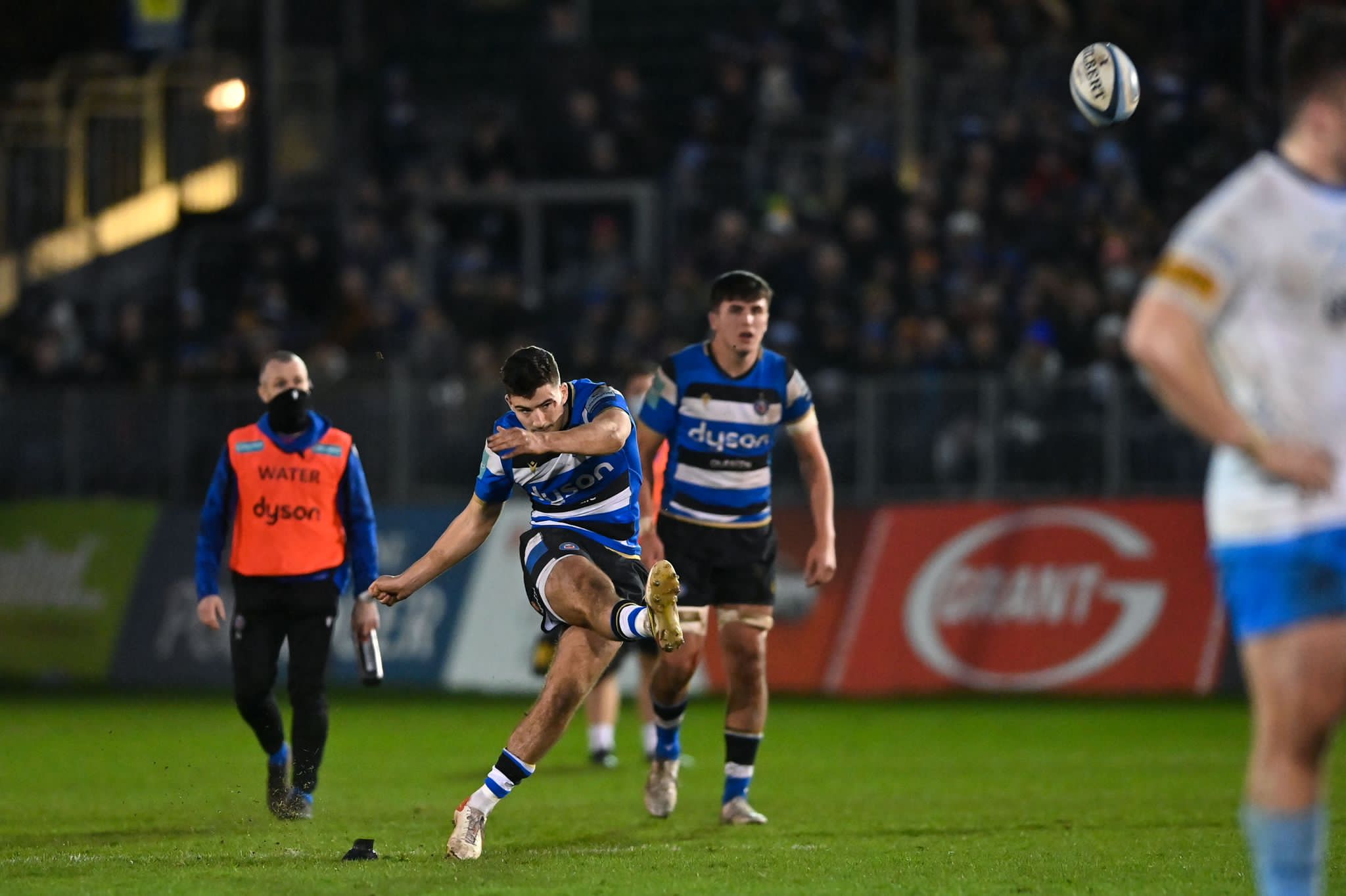 Bailey kept his composure 11 minutes of time with his long-distance kick before Bath saw the game out with a huge effort in the closing stages.

It was extra special to secure the result in front of the Bath faithful who have stuck with the side throughout the campaign.

“I obviously knew it was a big kick,” Bailey said. “I gave it my best and luckily it went through so I’m really happy.

“I tried not to overcomplicate it… it’s the ball and the uprights! You’ve got to give it your best shot and see what happens. I work hard in the week for these sorts of moments and it’s just believing in that.”

On the supporters, he added: “They have been awesome.

“To have that moment where I tapped the ball, kicked it out and saw the fans go up in the air and to see what it means to everyone… and for us it’s huge relief and elation.”