I am so pleased with the spirit and effort - Hatley

Neal Hatley was pleased with the ‘spirit’ and ‘effort’ of both the players and supporters on Saturday as Bath Rugby turned around a 21-point deficit to earn a last-gasp victory over West Country rivals Bristol Bears.

The players did the job on the field with Semesa Rokoduguni, Jonathan Joseph, Taulupe Faletau and Joe Cokanasiga earning a try bonus ahead of Tom de Glanville’s 85th-minute game-clincher.

The supporters played a massive part too and it was them that roared their team on, through thick and thin, which allowed the XV on the pitch to push out their chests and create a fantastic memory for everyone connected with the Blue, Black and Whites.

“I was disappointed with the way we started. We didn’t deal with their drive at all well. But I thought as the second half went on we got better and better. We stopped the drive, that was a big weapon for them, and once we took that away from them they had to play away from that and that brought us into the game.

“The big turning points were the cards. We had a good plan to expose that man off the pitch and to score two really quick tries like we did to go 19-24 suddenly brought us massively back into the game.

“When we went to 19-24 we had everything, all the momentum, but we let them back into the game.” 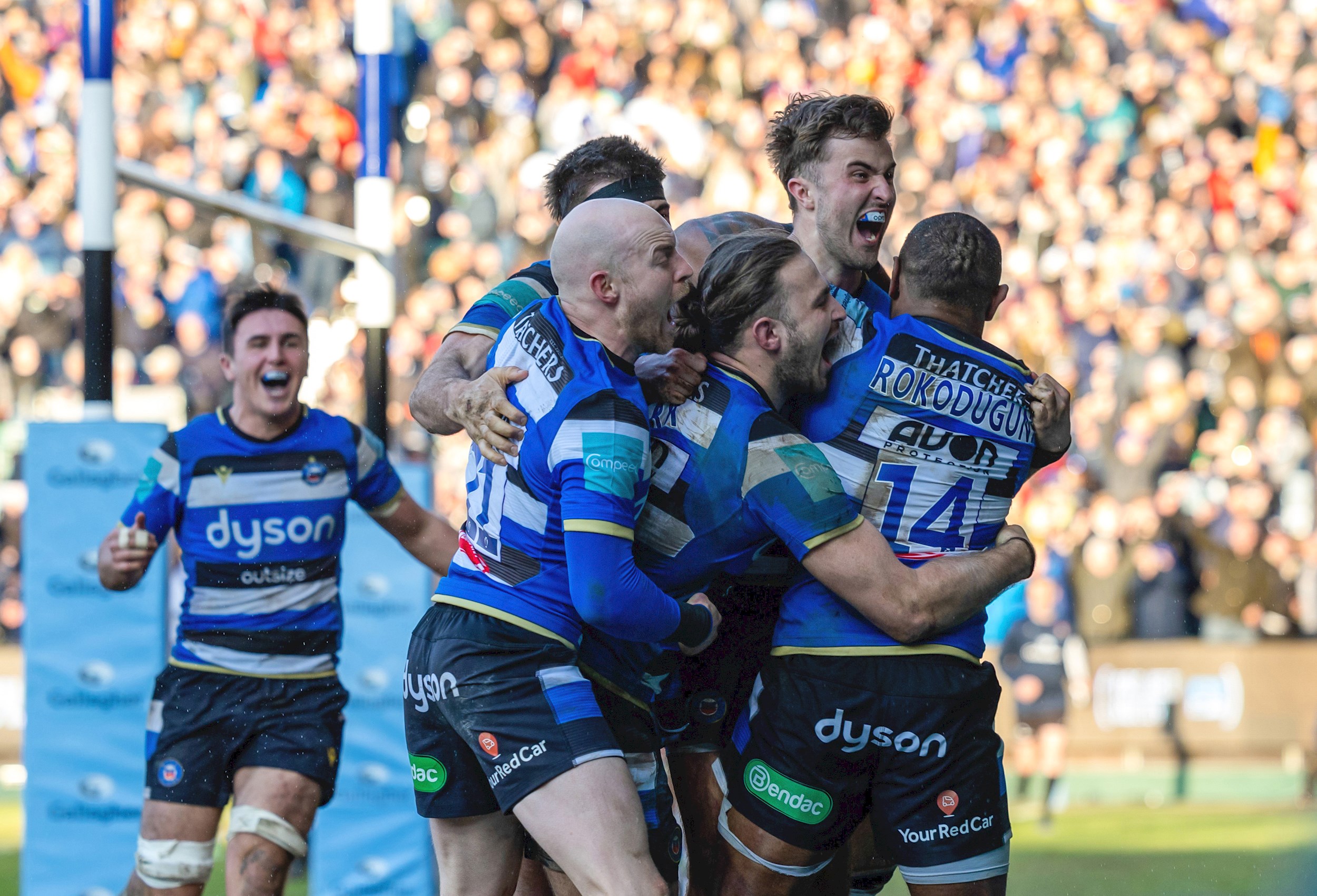 He continued: "We talked in the week about staying in every play, making sure that we were into everything and so to score when the clock's well into the red, those are the moments we've been talking about in training.

“There were one or two moments where Ewan Richards and Josh Bayliss worked to get back under the ball to force goal-line drop-outs, that was absolutely phenomenal. We’re really pleased with a lot of our young boys.

“I am so pleased with the spirit, the effort and for the supporters who came out again in their droves and did such a brilliant job.”

Join us for our double header on Saturday 26 March

✅ Live music
✅ Fan village
✅ Internationals are back
✅ Two games for the price of one!

Get your tickets now before they sell out!