Whilst admitting the win ‘wasn’t the prettiest’, Scrum Coach Mark Lilley was pleased with the energy the side showed in the 22-19 victory over Worcester Warriors.

Semesa Rokoduguni, Max Ojomoh and Tom de Glanville were all on the scoresheet for the Blue, Black and Whites with Orlando Bailey’s 69th-minute kick securing a first win of the season.

In the closing stages, the visitors had their fair share of possession but Bath dug deep and produced some key defensive moments – notably from Max Clark and Jonathan Joseph – to see out the match.

Lilley said: “It wasn’t the prettiest but games like these you have to really dig in and the character the boys showed was massive.

“At key times the leadership group stood up. I thought we made some good calls at some good times. I also thought the energy we showed at crucial times made the difference for us.” 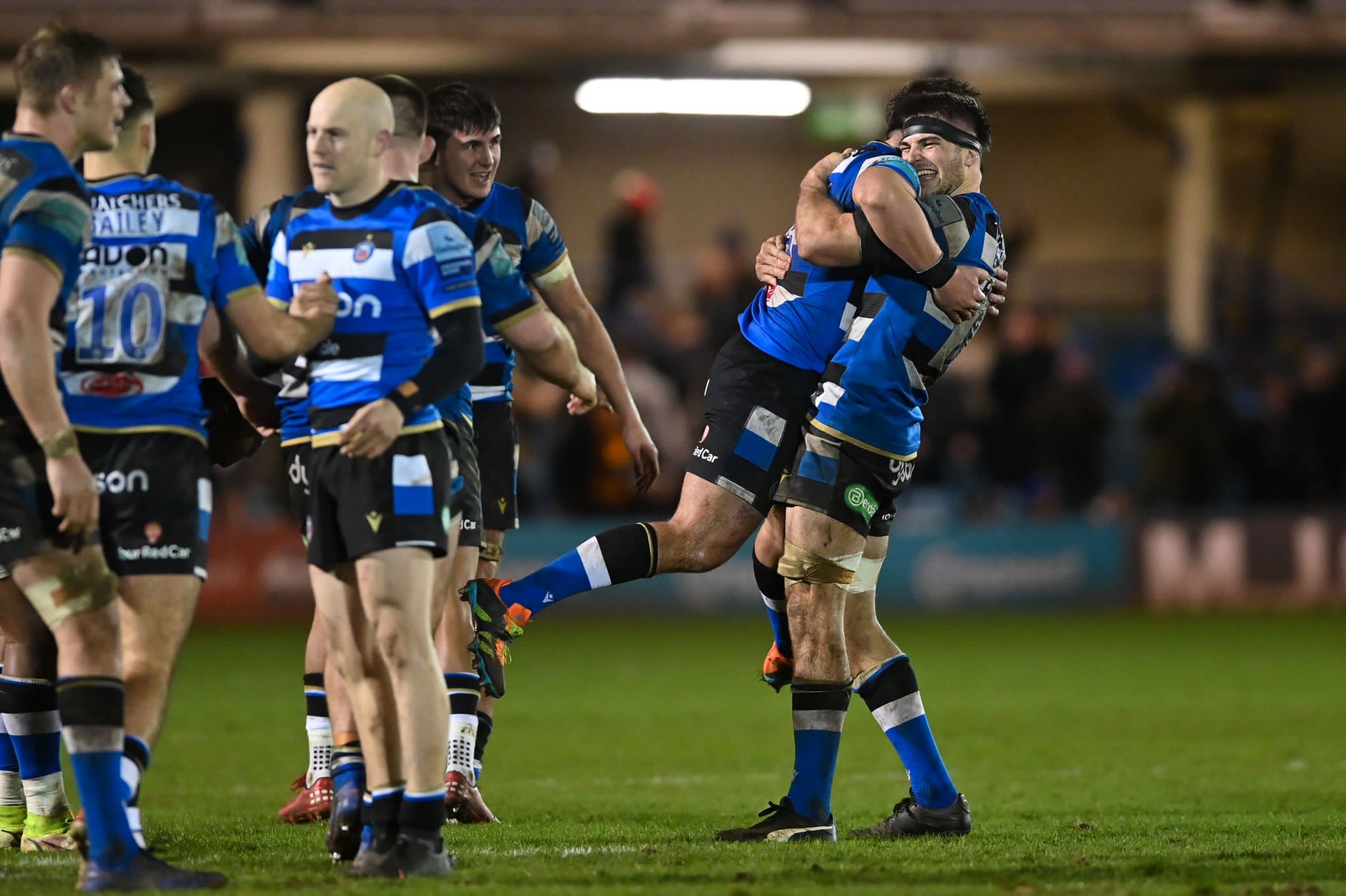 In the last play, Bath earned a penalty at scrum time which presented Bailey with the opportunity to tap and end the game with a kick to touch.

The noise was electric as the full-time whistle was blown by referee Craig Maxwell-Keys and Lilley was delighted the group were able to give the supporters something to celebrate.

“The fans are massive for us,” he said.

“The standout moment for me was when we got that last scrum penalty and the place erupted.

"The fans stayed out for ages after the game to congratulate the players and a massive thank you has to go to them.

“We know it hasn’t been the prettiest of seasons for us but we’re doing everything we can to turn it around and thank you to the fans for their continued support.”