With Rugby League being born and bred in Yorkshire over a 100 years ago, it is no surprise Ollie Fox found a passion for the game from an early age.

He spent his youth practicing daily with his dad, Adrian, out in the garden, trying to perfect his skillset but it was the physical element he enjoyed initially and by the time he started playing full contact Rugby Union, he was well-equipped.

“It wasn’t tag; it was full smash. It was mint!” Fox quipped.

“By the time you were about Under-10s you were playing full rules, 13-a-side. When I started playing Union, I’d been playing contact in League for about three years before that. I rocked up - not anything like I am now! - but I was smashing kids! You’d have the odd kid who was massive, and I’d just go for them. They weren’t used to kids doing that.”

The dream of turning into a bulldozing carrier or tackler didn’t quite materialise for Fox due to his stature and as the other kids began to grow, he made the smart decision to continue to build his craft in other facets of rugby.

A full-back at the time, Fox Snr would throw high ball after high ball into the air so he could practice his catching. The repetitive action soon changed to passing after one season in particular which Fox Jnr now sees as a ‘defining moment’.

Fox recalled: “I remember one season for Sandal where we had a really good season and I was playing full-back but I said to my dad ‘I didn’t enjoy that season’. He was like ‘what do you mean? We’ve won the Yorkshire Cup; we’ve not been beaten…’.

"I felt like quitting because I didn’t touch the ball. I just stood at the back; we were a brilliant team, and no one kicked to us. At that point, my coach said he might change me to scrum-half. From then, instead of going out and doing high balls, I’d go out and pass and pass and pass. I kicked on from there to play in Academies, Yorkshire Under-16s… that was cool. It was quite defining moment, especially at that age.

“I just loved rugby so much and just wanted to practice it all the time. I just thought it would be cool to be the best at something for your age whether I could just fizz a pass. My dad’s hands would be blistering up because we’d do it so much and my pass got so hard at that age!

“I was absolutely mad for it and got addicted to doing it. It got to a point where I was like ‘am I a bit too old to go out and throw passes with my dad for half an hour?’ but I’m glad I did.” 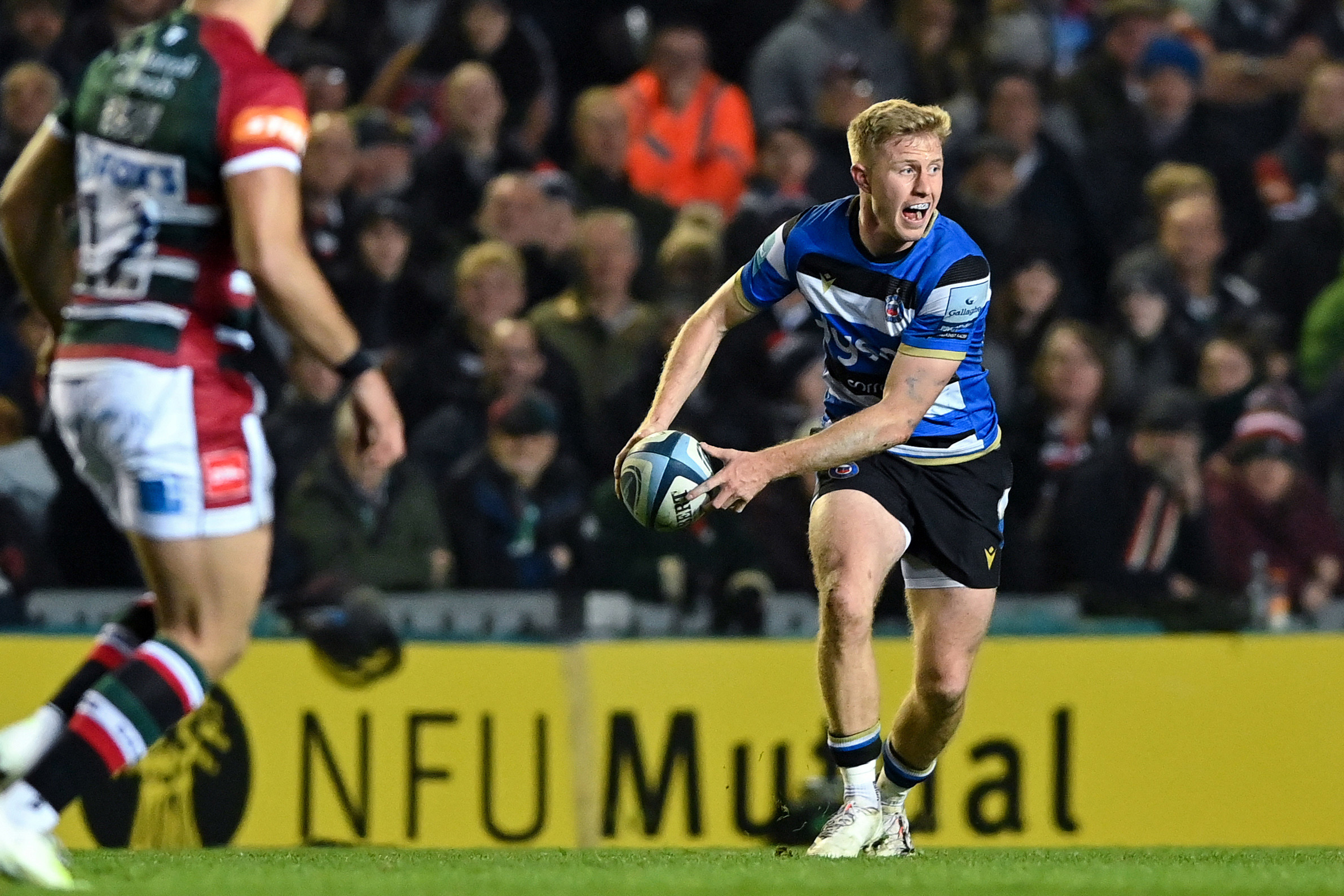 Practice turned into analysis for Fox on the Headingley terraces as he watched his beloved Leeds Rhinos in the Super League.

Although raised in Wakefield, his Leeds-born mum, Lisa, ensured it was the Rhinos life for the family and with a season ticket in hand, the Fox family, and their neighbours, would get caught up in the emotions of a crowd of blue and yellow, all chanting ‘Marching on Together’.

These childhood experiences are what have helped Fox appreciate and bed into a rugby-loving city in Bath.

“I got addicted to watching the Rhinos at Headingley, the crowd… even now I hear loud crowds and it takes me back to watching Rhinos as a kid.

"I like hearing that sound and in a way, it’s nice to be in a place now that has that same love for a rugby team like Headingley and Leeds had for Leeds Rhinos. You walk through town, everyone has their shirts on and they’re in the pubs before the game.

“A couple of years ago when I first joined, I loved walking to the games from my flat because I’d love the buzz, especially on a Friday night. That would take me back. Even little things like the cones blocking off the road, and everyone is in big groups walking towards the Rec near the club shop. It’s just cool. I’ve conversations with Cam (Redpath) about how mad it is driving around town and seeing people in Bath kit; you’d never see that in Manchester with someone wearing Sale kit or even in Leeds with someone wearing a Yorkshire Carnegie shirt. It took me back and made me feel part of something bigger.”

Fox’s memories as Leeds Rhinos fan have also helped understand the current feelings of the Blue, Black and White faithful with the way results have gone so far this season.

"They have a right to be upset and let us know they’re upset,” he said.

“As a player now, I think it’s important to remember when you were a fan and what the club means to the wider community. It’s not just a club I now play for; I want it to be the club I play for the rest of the career and I want to see us come out the other side.

“We’ve got such a young group of guys who all want the same thing and I think it’s so important not to lose sight of what we’re trying to build together. It might not be going right now but we’ll never be in this situation again.

“When I was a fan, I loved it no matter what and as much as I hated it when Rhinos lost – I remember sulking when they lost as a kid! – I still rocked up and still wanted to wear my shirt over my coat and show that I was a proud fan. I think it’s the same here.

"Every time I’ve walked around the Rec after the game, I’ve been met with nothing but positivity and optimism which is nice. It’s nice to hear we have such support in such a tough time for the club.” 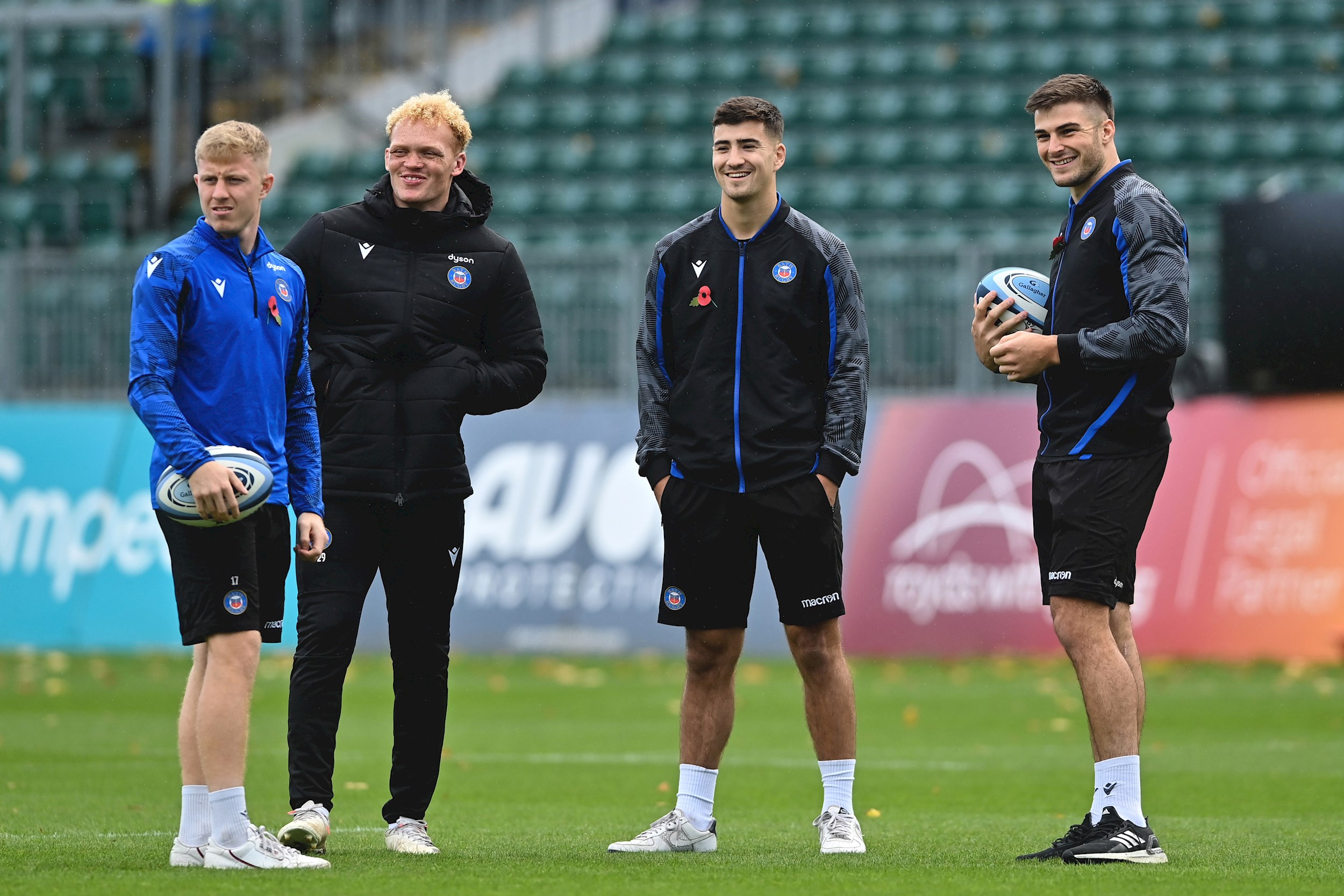 Growing up, it was Rhinos legends Kevin Sinfield, Rob Burrow, Ali Lauitiiti, Keith Senior, Jamie Peacock and Jamie Jones-Buchanan who Fox idolised and aspired to be.

With a similarly close set of players at Bath Rugby, all of whom are young and could spend many years together on the field, Fox has dreams of mirroring the feats of his Leeds heroes with a group of teammates he is extremely close to.

“I feel like I fit into a really young group of people that want to push the club forward. I’ve never felt closer to a set of people and you might think different with the results going the way they are.

“I want people to be like ‘remember when we had Fox, Reid, Bayliss, Redpath, Ojomoh, Bailey, de Glanville? That was a good group that came through’. I just want to leave something behind where we pulled together and did something together as friends.

“It’s quite idealistic but to do that with friends, genuine friends… that would be the best thing.”