Over the past few years, Miles Reid has had to overcome injury-related hurdles seasoned professionals may not experience throughout their whole career.

The 23-year-old has suffered two serious knee injuries to date, but his driven personality has seen him work tirelessly to become a Bath Rugby regular and one of the most promising back row players in the country.

It was his form in the 2020/21 campaign – a term which saw him debut in Europe as he made 21 appearances in all competitions for his hometown club – that led to him catching the eye of England head coach Eddie Jones.

Reid rightfully earned his shot on the international stage and was named in his country’s 34-man squad to prepare for summer series matches against Scotland A, USA and Canada.

A culmination of nine years his way through the Bath Rugby pathway had contributed to the call-up and memories that he will never forget. However, an unfortunate collision in a training session ended his hopes of a first cap.

Though the facial injury ruled him out of any England action, he revelled in the whole experience and is relishing being back out on the field in club colours.

“I was gutted to get injured and for it to end prematurely but it was really valuable,” he said. “I was really happy to get my chance there and show what I could do in that environment.

"It’s obviously very different to here at Bath but a really good environment where I learned a huge amount on the rugby pitch. Off the pitch, I got to see how players who have been in the England setup for a while conduct themselves.”

On the incident, he added: “It was a pretty weird one. In the morning we had a session and I took a blow to the face which I thought was just a small cut but it turned out to be a facial fracture and I spent most of the day in hospital trying to get it sorted out.

“I had my time off, got away for a bit and thankfully it’s all healed now and I can concentrate on playing for Bath.” 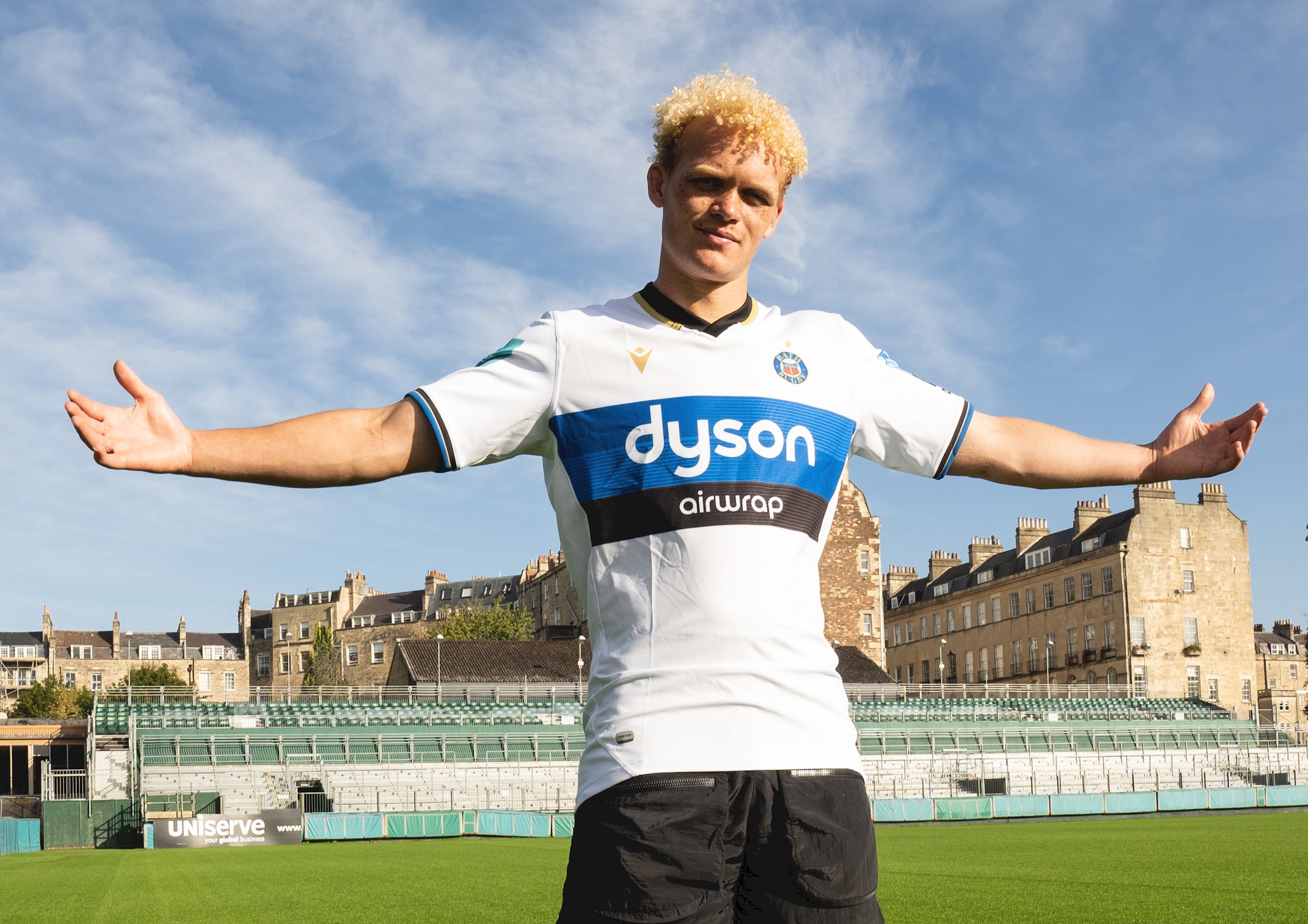 Appropriate that it would be a contact situation where Reid would sustain such damage considering his love for all things defending.

Ever since he started his journey in the Bath Rugby Academy, the physicality side of the game has been of huge importance and enjoyment for the flanker who insists the connection with teammates in defence is crucial to being successful.

“I enjoy that contact element; it’s always been a strength of mine. Growing up I was always marginally bigger than other lads so that slowly started to become the best part of my game.

“There is so much detail in the professional world on defence, it’s not just going head down and smacking people off the line. I love the aspect of working together to stop people getting past you and it’s really rewarding when it goes well.

“It gives the team a hell of a lot of energy. If someone makes a big hit or someone reads a play out the back and stops them, it provides huge energy. Not only does it make things easier, but it also spurs you on to go and get them again after that. The noise the crowd brings on top of that is massive for momentum too.

“A lot of it is communication between the people either side of you and then the connection; so not getting split and not someone shooting out the line and leaving the other person behind. A hell of a lot of it is around that connection and how the team works together. Obviously, there are finer details around the tackle and other areas, but the main thing is you defend as a unit. We all need to be on the same page and buying into the same thing.”

Each week there is a focus on being cohesive without the ball with Reid and his fellow back rowers working smart following sessions to fine tune their breakdown skills, their defensive alignment and ability to get off the line.

The squad have been dedicated to adopting a new style in the off-season with an approach of defending to get the ball back, moving away from a ‘contain’ method as Reid explains.

“The whole focus has been on our style and how we want to play the game. Some of our principles and how we view things around the game are different. We have been getting people comfortable in different positions like props and second rows on the edge rather than just back rows and it’s been class. People have been able to express their skillsets and we’ve seen it come into fruition.

“We tried to contain a lot last season and soak up what teams threw at us. This year we’re going to be the aggressor, find teams out the back and make sure they don’t attack for long periods.

“You have to be ruthless with it. If you can bang teams physically and control them physically, you’re more than likely going to have the upper hand on them in defence.

"The mindset has to be about getting the ball back to attack again; we always want to sit in that area where we’re attacking them and that fits with our style.

“We want to defend for as short as possible time whether that’s blasting through breakdowns and getting counter rucks like that or we’re stealing or ripping the ball… that’s always the most dangerous ball to attack from. Your mindset must be that you’re not going to attack for long and force them into a mistake, force the ball back.

“We don’t want to defend for long and that’s going to show this year.” 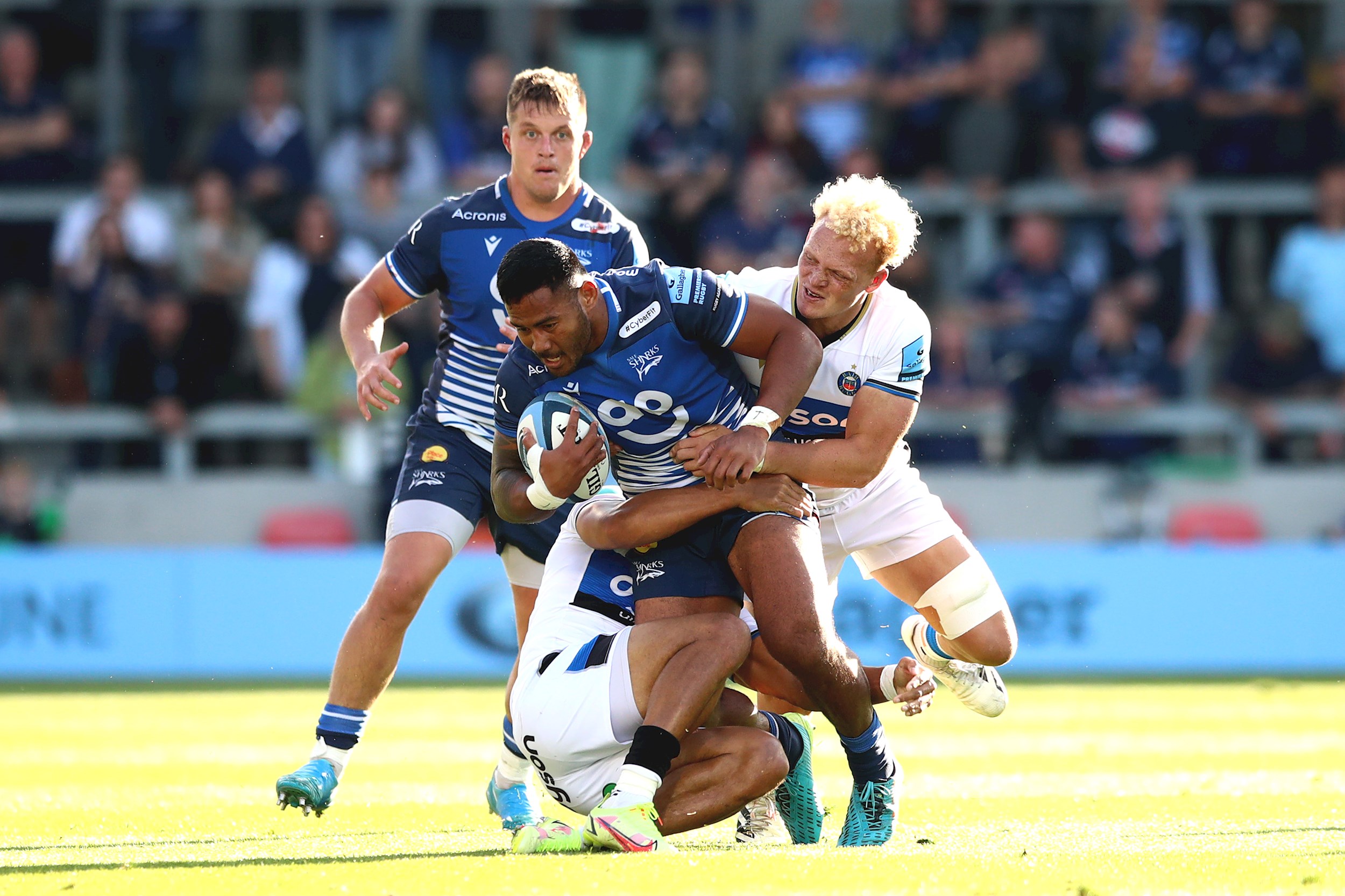 The attack was in full flow at the AJ Bell, particularly in the second half, while openings were created in the second 40 at the Rec, though the last piece of the puzzle couldn't quite stick on occasions.

Reid feels if the defence and attack marry up, Bath will be a force to be reckoned with.

“You look at some of the toughest games in the premiership and teams who are stronger defensively normally see out wins. Teams are scoring more and more points so if you can have a stronger defence then it’s a massive asset. You can’t just rely on scoring loads of points; you have to be able to defend and keep teams out.

“The most dangerous attack is turnover attack and when you strip the ball, their defence is going to be scrambling and there are going to be holes to attack. If you look at the last game of last season when Josh McNally stripped the ball and Josh Bayliss went on and scored, it’s always the most dangerous ball. That’s the point we want to get to.”

Like the look of the away shirt Miles models so well? You can purchase yours from the online Bath Rugby Shop!