The driving force behind Miles Reid

In any line of work, it is important to have interests outside of your domain to allow you to wind down and relax. For Miles Reid, it’s Formula 1.

The 22-year-old has a long-standing affair with the sport having been introduced to it by his grandad as a boy.

His love for racing means his weekends often consist of watching practice sessions and qualifying as well as races all over the world from the comfort of his own sofa – joined by his girlfriend for the latter on the odd occasion.

“My grandad was a huge motorsport fan,” Reid said.

“He had a small collection of cars which he passed on to my mum and my uncle, so it’s always run in the family to be into motorsport.

“When I was younger, I used to love F1 a lot. As time went on, I drifted away from watching each race weekend but in recent years I’ve picked it back up and I absolutely love it. I watch every single practice session, qualifying and the race!

“It’s exciting. Outside of rugby it is hard to find anything to take your mind off things, especially in this time with the pandemic. For me, it’s F1. I love the whole business model around it and how they market it is amazing especially in recent years with the ‘Drive to Survive’ Netflix documentary.

“It’s nice to see a few other boys at the club get into it and there’s a few of us who are playing the F1 game on the PS4 at the moment which is interesting and fun!”

At 6ft 2 and 108kg, Reid’s body shape doesn’t quite allow for a dream of becoming a racing driver Bath Rugby fans will be pleased to know, and his only practical knowledge has come in the form of a few jaunts around a go-kart track and a Formula 4 car experience.

He is able to use his interest to his advantage in a professional sense though and quite enjoys exploring the intricacies surrounding a driver’s psyche and how their approach may be transferrable to rugby.

“I think the mental side of F1 is huge – so much goes into that,” Reid explained.

“You’re against 19 other people on the grid trying to race cars and it comes down to the finest, finest margins… a tenth of a second and even smaller sometimes. It’s interesting to watch a few things about drivers and see what they do to get in a zone for a race.

“I think it can be similar to get in the zone for a rugby match. It’s different in a way as in F1 you probably have to calm yourself down a lot whereas in rugby you have to build yourself up a bit, especially as a forward in my position. I definitely think there are things that translate from one to the other.”

Reid’s mentality has been tested in the most telling of circumstances. Two serious injuries have impacted the back rower so early in his Bath Rugby career with the second – a ruptured anterior cruciate ligament – keeping him out for an entire season.

His determination and dedication to not only return to the field as quickly as possible, but to return as a better player, is extremely admirable and he used his time out of the game wisely to ensure he could bring value to the side. It is hard to argue that he hasn’t.

“When I first came into the squad at Farleigh, I had another injury which was similar to the one I had last year,” he said.

“For me, that was my learning period; I learnt a lot in that time. Then I did it again at the start of last season. That was a big one because I knew what I’d been through before and what was coming again. I feel like I had time to look at things, look at the team from a different perspective from the outside in.

“When you get injured and are out for such a long period of time, you have to have the mindset that you are going to come back better.

"There are always things to work on whether that be physical, mental or technical things. I did a lot of breakdown stuff when I was injured, finding myself in that low position to steal the ball. I think that’s where I got better and what I brought to the team as I came back in.

“Those periods can be tricky when you’re not playing but they are also an opportunity to come back playing better rugby and I really believe that.”

Over the past month in particular, Reid has produced some eye-catching displays and was recognised by supporters as they voted him as the club’s Land Rover Performance of the Month for March.

The Academy graduate earned his European debut against Zebre in a starting role after an impressive period – a proud moment for a man Bath born and bred.

“I’ve played so many in the Prem, but Europe had just evaded me!” He joked.

“I was really proud to have made my European debut; it was class. Europe is the big stage and it’s always a big weekend when you see Europe on TV and all the big teams are playing each other. Playing teams from other countries is always massive.

“At the moment in the team there are a lot of lads of my age, a little bit older, a little bit younger who are kind of coming through and to play with them was really special. I think it means a lot more when you’re playing with people who you have been on the same journey as. When you grow up with someone watching them play you know them inside out, so it was really special.

“This is the most rugby I’ve played in a season for a long time and I’ve actually been competing for a starting spot. It’s been a huge experience for myself and one I’m really enjoying.” 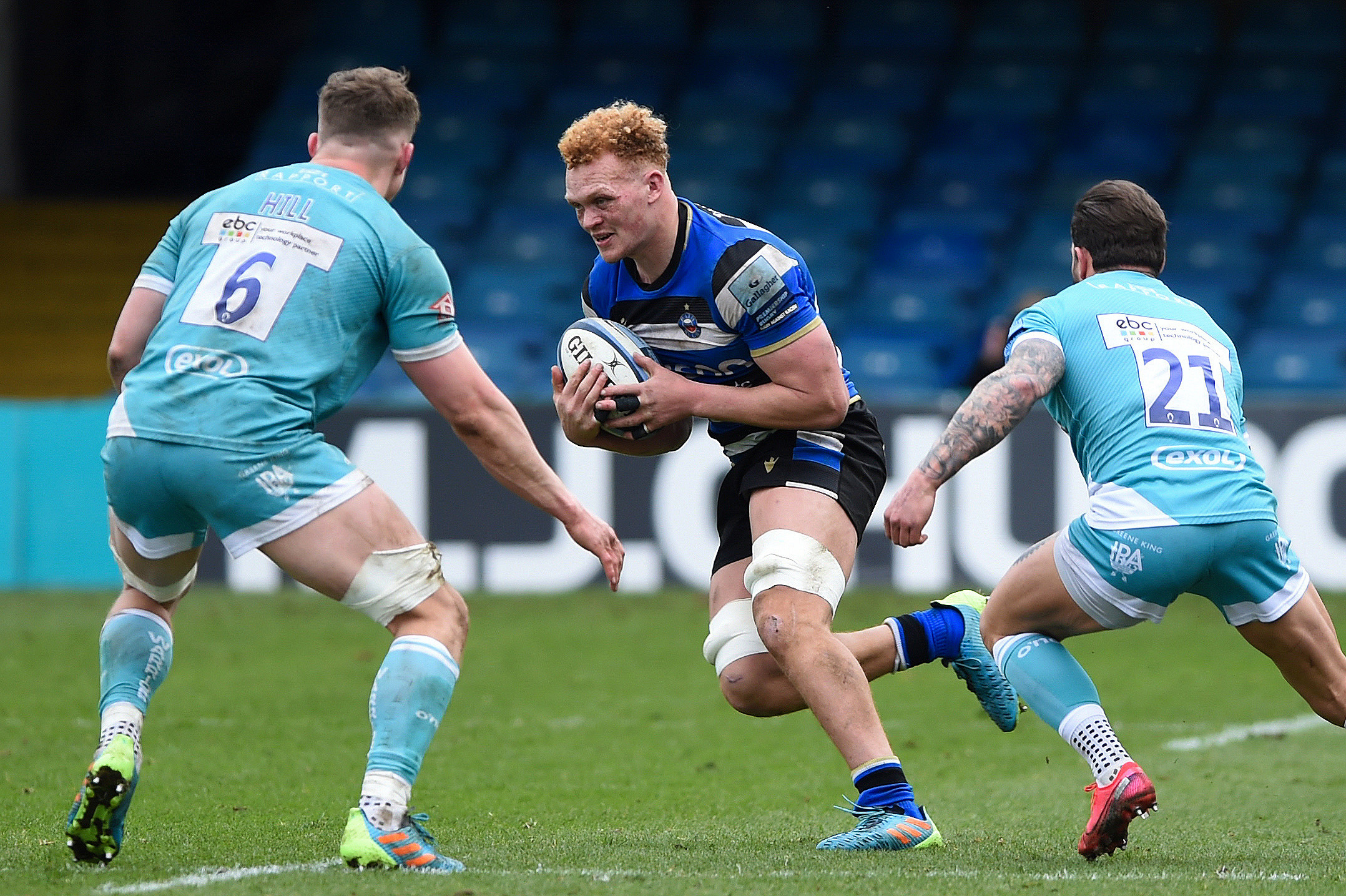 At the same age, Sir Lewis Hamilton had his first Grand Prix entry and 14 years later is an inspiration to millions around the world, including Reid.

Hamilton’s Formula 1 exploits have given him the platform to speak out on matters close to his heart and Reid believes it is imperative for sportsmen and women to use their status for good where possible.

He said: “Lewis, as a British sports star, is up there with the best ever and what he has achieved in F1 one is ridiculous. Outside of it, he’s a very good activist and speaks out on what he believes in and uses his platform to make a difference. It’s something I aspire to be like.

“We play sports to win and make memories with the people you play with, but as a rugby player on the big stage, you can use your platform to create change. The most important thing around this which we have spoken about as a team is your ‘why’: why you play the sport, why you wake up early in the morning to go to the gym and put your body through all the harm and that’s massive.

“You’re not just playing to win but you’re playing for something behind that whether that’s inspiring others or trying to make a change with your platform, and I think that’s really, really important.”

Being from Bath, Reid knows exactly what his ‘why’ is and has goals of having an influence on the community as well as helping Bath Rugby reach the highest of heights.

“I’ve grown up in Bath my whole life. My dad was involved in the club when he was younger; I’ve grown up around the whole era of Jeremy Guscott, Andy Robinson, Tommy’s dad Phil (de Glanville)… a lot of people like that.

“I’ve seen what Bath was like before the club went professional in the glory days and that’s inspired me to become a rugby player for Bath. I absolutely love the club and what it represents; it’s the heartbeat of the city and when there is a Bath Rugby game, everything is centred around the Rec.

“I may not have been around back then to watch them play, but I have heard many a story and have watched games from back then to kind of have that something to be a driving force in my life.”