It was a sweet ending - Clark

Max Clark joined Bath Rugby as a boy and he will leave as a man at the end of the season having played a significant role for the past eight seasons in the club’s midfield.

The Blue, Black and White Academy graduate made his final appearance at the Rec on Saturday as Bath came back to secure a 27-24 victory in front of a packed house.

It was a special day for a lot of people in a difficult season and the end of an era for Clark.

“It’s been a special place for me for years and years,” he said.

“To go out and get the win was extra special. The fans have been outstanding all year, in a tough year and it all came together in our final home game of the season. It was a sweet ending.”

The Welshman continued: “I’ve been here since I was 13. Going through school I probably didn’t try as much as I should have because I knew this was all I wanted to do, and it became a reality when I turned 17-18.

“Since then I’ve had eight seasons at the club and it’s all I’ve really known; it’s hard to sum it up.

"It’s my second home, my second family and all the cliches you want to chuck in there.” 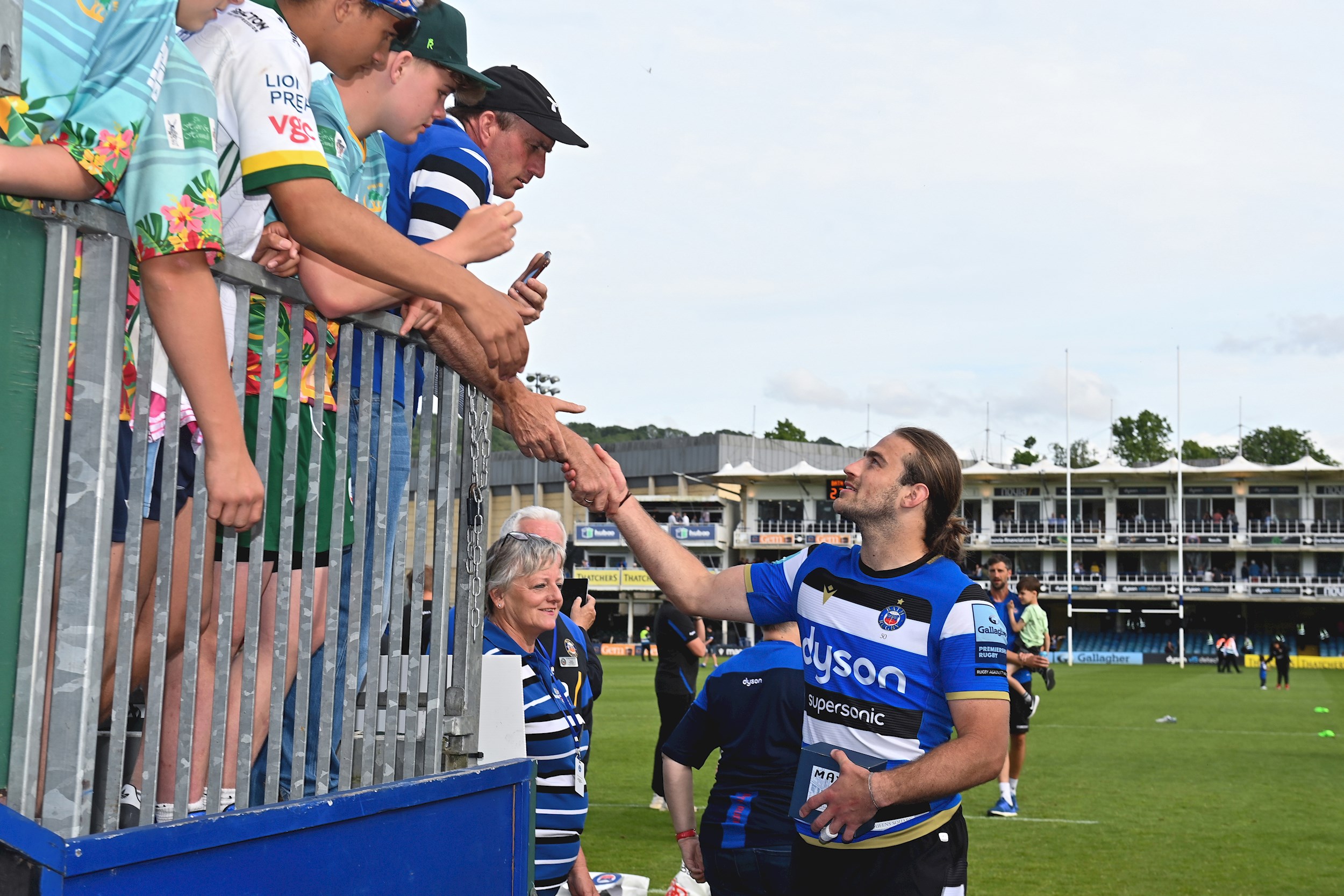 Clark played a key role in Bath’s win over the Exiles, grubbering through for Will Muir to score an all-important try ahead of Orlando Bailey’s winning strike from the tee.

It moved Neal Hatley’s side off the bottom of the table with a game to go and Clark’s focus is on keeping it that way.

“It's obviously been a tricky season but we’re still a rugby club with a lot of pride and history. No one wants to finish bottom of the log.

“We still want to play not to be bottom, we still want to win every game – that’s never going to change. All the niceties aside of people leaving, we have one game to go and we want to stay off the bottom.”