It ended all square at the Rec as Bath Rugby and Sale Sharks shared a half of dominance each in Round 21 of the Gallagher Premiership.

After Luke James’ ninth-minute score, Sam Underhill scored a double and Tom de Glanville crossed just before the break, all converted by Danny Cipriani, to give the Blue, Black and White a 21-7 advantage.

Sale rallied in the second period with Jean-Luc du Preez, Rohan Janse van Rensburg and Ewan Ashman turning the game on its head.

Cipriani clipped over a penalty to level going into the closing stages and Faf de Klerk’s missed kick with the clock in the red resulted in a stalemate.

Three internationals returned for Bath with Underhill, Josh Bayliss and Ewan Richards named in the pack while there was a place on the wing for Will Muir.

Sale went with four du Preez’s in their 23 with brothers Rob, Dan and Jean-Luc starting and JP – no relation – on the bench.

Sale fired a warning shot in the first minute when Rob du Preez’s penalty struck the right-hand post before Bath began to settle into the contest.

But a yellow card to Nathan Hughes for a high tackle meant the Sharks had an extra man to play with and they made use of him as Luke James stepped underneath the sticks.

Thereafter Bath regrouped and grasped hold of the first half. Will Spencer and Richards combined nicely for the hosts’ first line break and Jonathan Joseph made an interception as they started to show attacking glimpses.

Muir and Will Butt barrelled forward on the left and Cipriani continued to dictate play in a fine performance almost resulting in a try as Ben Spencer’s spin led to Hughes going over, though it was ruled out.

Number 8 Hughes was back in the heat of the action moments later, battering his way towards the line with an impressive carry and Underhill crashed over.

Bath were linking superbly with beautiful handling and excellent running lines – Butt and de Glanville in particular causing havoc – and Bayliss’ dancing feet rumbled them on.

Hughes then had a second disallowed after his tap was taken from the wrong mark but Underhill was successful with his second trip over the whitewash, powering over from close range.

Cipriani’s lovely kicking display pinned Sharks back and Ben Spencer’s 50:22 resulted in one last attack in the first 40 which proved fruitful.

Receiving the ball in the midfield, former Sale man Cipriani ghosted through a gap and lifted possession up for de Glanville to cross for a third converted score.

It was a case of what might have been at the start of the first half as Richards’ pass just evaded Underhill whose eyes lit up at the prospect of a hat-trick.

The momentum seemed to be with Bath but to Sale’s credit, they hounded the Blue, Black and White and earned a try through Jean-Luc du Preez.

Alex Sanderson’s side continued in the same fashion to bring the game back to within four points as van Rensburg rounded the backline to finish and then hooker Ashman returned to the field to put Sale in pole position.

Three points behind, Bath’s effort could not be faulted. Butt produced a stunning turnover on the deck and Ben Spencer aimed to get things going with quick passing, but the home team found a resurgent Sale in wait.

Then the match was tied. A central kick from scrum-half Spencer caused mayhem to put Bath in the Sale 22 for the first time since the beginning of the half. From there, they earned a penalty which Cipriani duly nudged over.

A fair reflection given each side’s fortunes in each half. 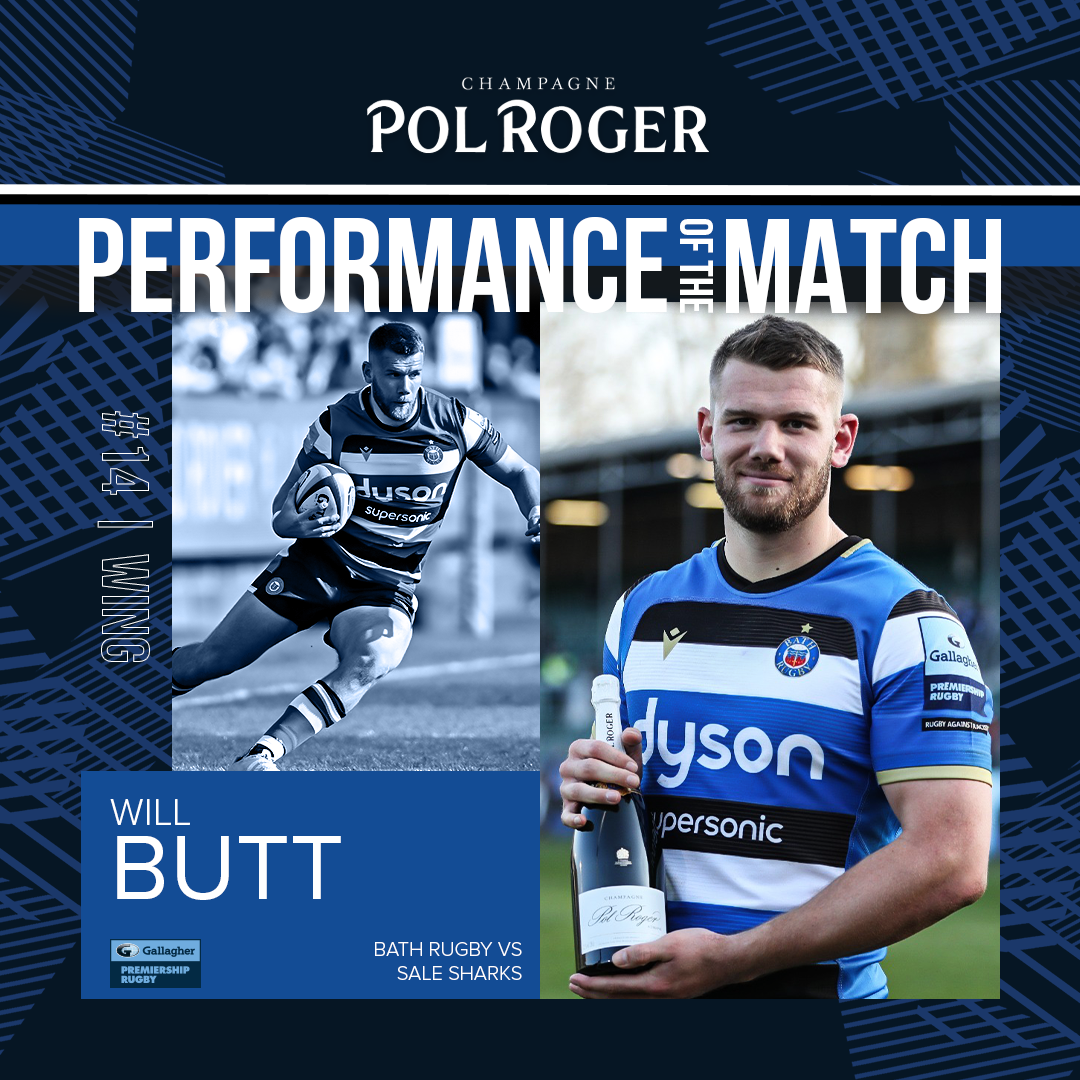 Match underway between Bath and Sharks.

Robert du Preez with a conversion for Sharks.

Faf de Klerk with a conversion for Sharks.