Fourteen-man Bath Rugby fell to a disappointing 27-17 to Wasps in Round 7 of the Gallagher Premiership.

Vaea Fifita and Tom de Glanville traded converted tries in the first half with Jimmy Gopperth’s two penalties to Orlando Bailey’s one seeing the away side ahead by three at the break.

Five minutes into the second half, Mike Williams was sent off for a clearout on Gopperth and moments later Gabriel Oghre crossed to extend Wasps’ lead.

Tom Willis brushed the whitewash to ensure the points headed back to the CDS Arena ahead of Semesa Rokoduguni’s superb finish in consolation for Bath.

Both sides were depleted going into the game, with large number missing due to injury and international duty.

Wasps named the same XV that hosted Exeter Chiefs a fortnight ago – a team completely different to the one that lost to Saracens in Round 6 – with Gabriel Oghre the only exception.

All that could be heard was flowing River Avon as the sides lined up on the 15 to pay their respects to those who served to defend our freedoms and protect our way of life ahead of kick-off.

The silence was perfectly observed by the 10,000-strong crowd at the Rec who were in fine voice soon after when Miles Reid won a penalty at a breakdown five metres from his own line.

Max Clark was defensively on point in the opening exchanges to bang back his opposite number and strip the ball for the posts, and it was his tackle that almost prevented the game’s opening try.

Wasps went aerial through Jacob Umaga and when Josh Bassett rose high to claim, he looked to have a clear run into the corner only for Clark to throw himself at the wing’s ankles and haul him down. Bassett was fortunate to have giant lock Fifita in support and the All Black dotted down from his pop.

Once again, Clark was involved in his own 22, calling a mark from Dan Robson’s dink. The centre went quickly and sent birthday boy Will Muir crashing up the middle, winning a penalty for the Blue, Black and Whites.

Bath began to get in their groove. Slick hands from Rokoduguni set Lewis Boyce on a rampaging run which turned out into points with Bailey kicking three points.

Gopperth replied with a tee-shot of his own before Stuart Hooper’s men turned on the style. Centre Clark’s outstanding tip found the breadbasket of de Glanville and the full-back displayed shear pace to gallop away from several white shirts to slide over out wide.

On the front foot, Bath advanced and feeling they had their opponents on the ropes at the line-out, they opted to go for the corner instead of posts to level things up once more following another Gopperth kick.

The opportunity went astray but not downbeat, the Blue, Black and Whites remained inventive with their play – Max Ojomoh, Rokoduguni and de Glanville all producing moments of offloading quality.

Bath held Wasps out fantastically well at the end of the first half and that defensive spirit carried on into the second with back-row duo Josh Bayliss and Miles Reid causing havoc.

Ollie Fox’s cheeky 50:22 gave the home side territory to attack from and a fast-moving driving maul was illegally hauled down resulting in Jeff Toomaga-Allen being sent to the sin bin.

Thereafter Bath rumbled on but were held up over the try line, presenting possession back to Wasps who were forced to replace Gopperth on 45 minutes. The Kiwi was cleared out of a ruck at force by second row Williams and after a long delay, the Bath man saw red.

The long delay restarted with Wasps punting to touch and after a few phases, Oghre punched a whole to reach the line and make the gap 10 points.

There was almost an immediate reply from Bath as a blistering break on the right saw Rokoduguni offload to Bayliss who then in turn lifted it to Fox and the scrum-half crossed for what he though was his first try for the club. However, referee Ian Tempest, who tuned into his TMO as much as he did the Bristol Bears game, ruled the score out for a forward pass.

De Carpentier looked like he was about to cross just shy of the hour but was held up by a recovering Wasps play and Rokoduguni combined with Bayliss and Reid with the latter just missing Muir’s outstretched hands on the touchline.

Bath edged forward and were building the phases to get the vital score to get themselves back into the scoreboard game and that became harder when Bayliss received a yellow card for a deliberate knock on.

Wasps capitalised on their two-man advantage and Number 8 Willis powered over from close range.

Hope remained with Bath. The crowd were positive and roared the team forward and when Jonathan Joseph’s high ball to the corner started the come down, there was a moment of anticipation as Rokoduguni jumped. The wing gathered and somehow finished in the corner and Danny Cipriani’s excellent drop-goal conversion meant a losing bonus point was in sight.

De Glanville did his utmost to produce the moment that would have secured it, racing down the wing and sprinting on to his grubber but Wasps defended well in the closing seconds to see out the 27-17 scoreline. 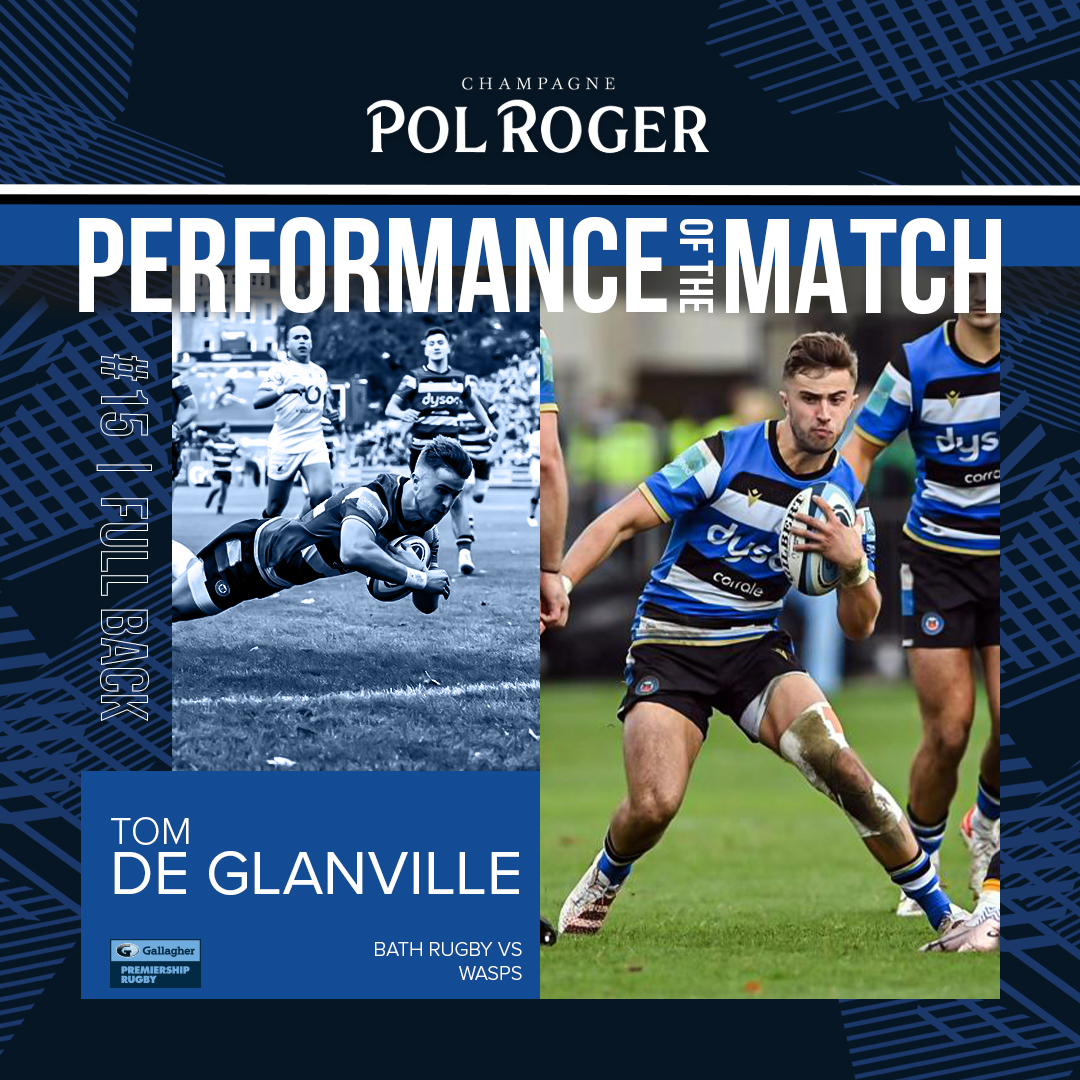 Match underway between Bath and Wasps.

Jimmy Gopperth with a conversion for Wasps.

Jacob Umaga with a conversion for Wasps.

Jacob Umaga with a conversion for Wasps.